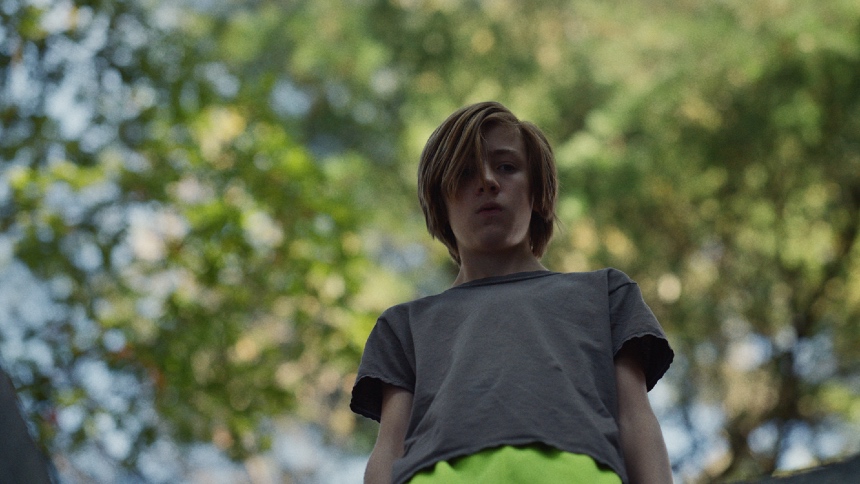 If you had absolute power to imprison your irritating older sister and controlling, smothering parents, would you? Could you?

John and the Hole
The film opens in U.S. theaters on Friday, August 6, via IFC Films.

Screenwriter Nicolás Giacobone, who hails from a family of filmmakers in Argentina and has written several films that have been directed by his father, conjures up a clever premise that allows a young man on the cusp of adulthood to imagine that he has been granted absolute power over his immediate family. Adapting his own short story, it might have been better accomplished as a short film, rather than expanding it to a feature-length narrative, yet director Pascual Sisto brings Giacobone's script to vivid life with consummate skill, ever-tightening tension, and a tight ensemble of accomplished actors.

John (Charlie Shotwell) is the younger son of doting parents (Jennifer Ehle, Michael C. Hall) with an older teen sister (Taissa Farmiga). Nothing about John makes him stand out in his middle school class, except perhaps his air of curious detachment from his fellow humans. He lives with his upper middle-class family in a lovely, isolated home, away and apart from most other people in their community.

One day, a discovery is made about an abandoned, long-forgotten, and uncompleted underground bunker in the family's backyard. John gets an idea. That night, curious things happen. The next day, the family wakes up in the bunker, a simple box with tall concrete walls and no roof. Where, though, is John?

What initially sets up a fiendish outworking of John's deepest inner desires, a nasty wish-fulfillment scenario, soon transforms into a sour, cruel, and thoughtless nightmare for his sibling and parents, the sort of nightmare that could only be dreamed up on a lazy afternoon and/or sleepless night. It's easily the sort of scenario that could curdle into repellant horror, if not for the precisely-written dialogue (by Giacobone) and precisely-composed framing and editing, all shot like a hand-woven silk blanket (credit especially to director Sisto, cinematographer Paul Ozgur, and editor Sara Shaw), accompanied by an original musical score (composed by Caterina Barbieri) that is haunting, favoring minor chords for the most part, to striking effect.

The effective filmmaking is only enhanced by the resolutely high quality of the performances by all four leading cast members, who imbue the script with shifting personal moods and distinctive traits that belie the subtlety of capture and captor. The actors elevate what might sound like a mundane thriller into something resembling high art, or at least, something that reaches for unsettling suspense and unconventional, uncomfortable resolutions.

It ends up feeling like a gift that is beautifully-wrapped, concealing the diabolical nature of the dead animal within. For all its apparent simplicity and maddening narrative turns, John and the Hole stubbornly burrows its way deep into the subconscious, where it lies in wait for an unsuspecting visitor. 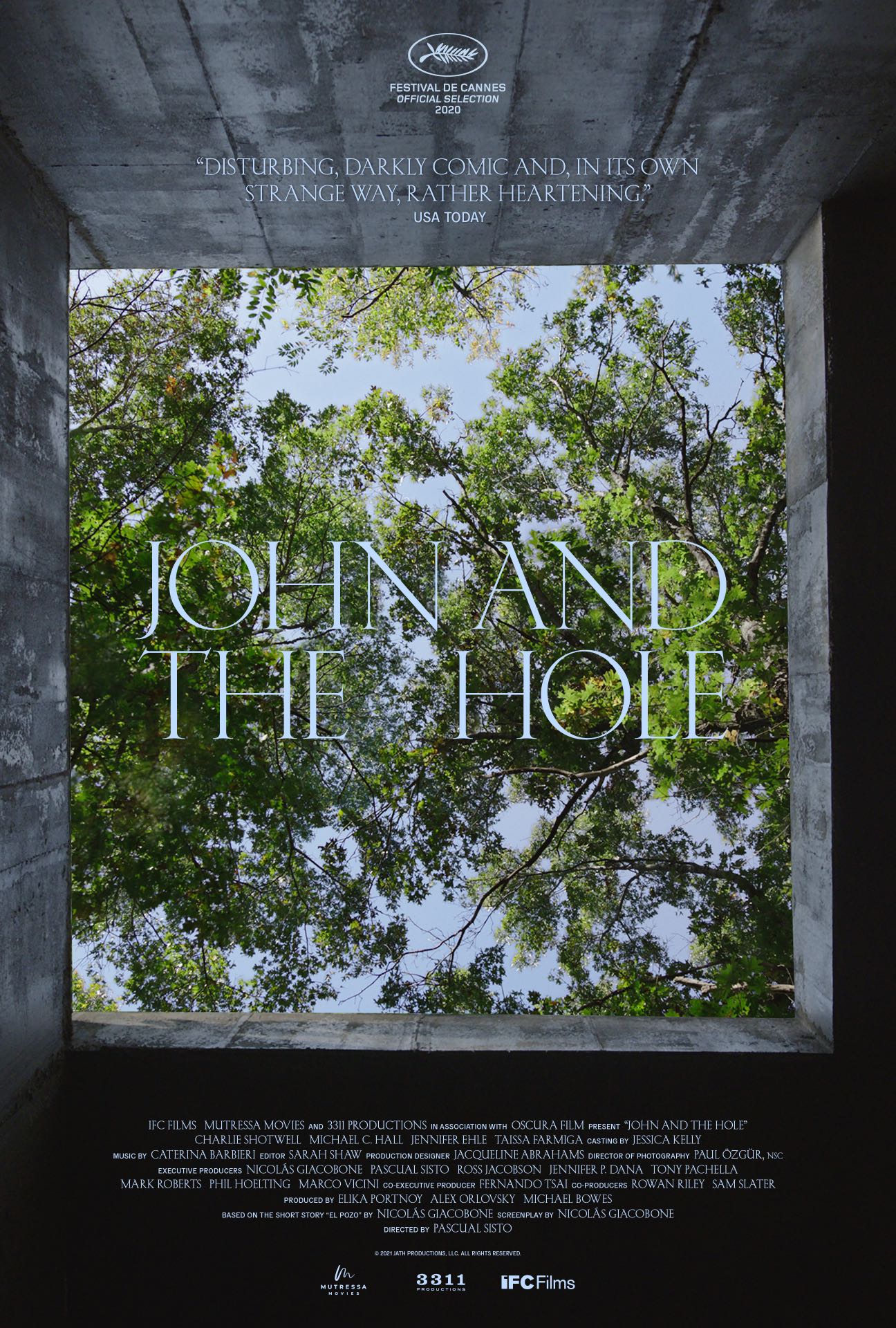 Do you feel this content is inappropriate or infringes upon your rights? Click here to report it, or see our DMCA policy.
Charlie ShotwellJennifer EhleMichael C. HallPascual SistoTaissa FarmigaUS

More about John and the Hole