THE MANY SAINTS OF NEWARK Trailer: Contemporary Nostalgia for HBO's Infamous Jersey Legend

The spirit of television's greatest mob boss, Tony Soprano, is alive and well, channeled through the late James Gandolfini's own son, in an inspired bit of casting that excuses this prequel film as anything but a passion project from series creator David Chase.

Dubbed A Sopranos Story, which assumes this may be one of many in the Jersey Extended Universe, the searing trailer for The Many Saints of Newark has dropped. It starts with a familiar voice-over and ends with a familiar tune, it revisits iconic locations, sepia-tinged and dripping with violent style. The trailer pops, with expressed bass hits, Michael Gandolfini's sizzling familiar demeanor, and sumptuous period detail, as the young gangster is surrounded by the key figures who shape his adult life, for better or worse.

The trailer itself spoils nothing and there are many excellent references that make rewatching the series yet again all the more tempting. Check the official release, trailer and poster below.

The film is set in the explosive era of the Newark riots, when rival gangsters began to rise up, challenging the all-powerful DiMeo crime family’s hold over the city. The Many Saints of Newark also stars Jon Bernthal (Baby Driver), Ray Liotta (Goodfellas) and Vera Farmiga (Up in the Air). Alan Taylor, who won an Emmy for his directing work on The Sopranos, is helming the film from a screenplay by David Chase & Lawrence Konner.

Shot on location in New Jersey and New York, several beloved characters from the original series that inspired the film are featured in the movie. During its six-season run, widely regarded as one of the greatest and most influential television drama series of all time, The Sopranos was honored with 21 Primetime Emmy Awards, five Golden Globe Awards, and two Peabody Awards, to name only a portion.

The Many Saints of Newark hits cinemas in September, and will receive a limited run on HBO Max in October. 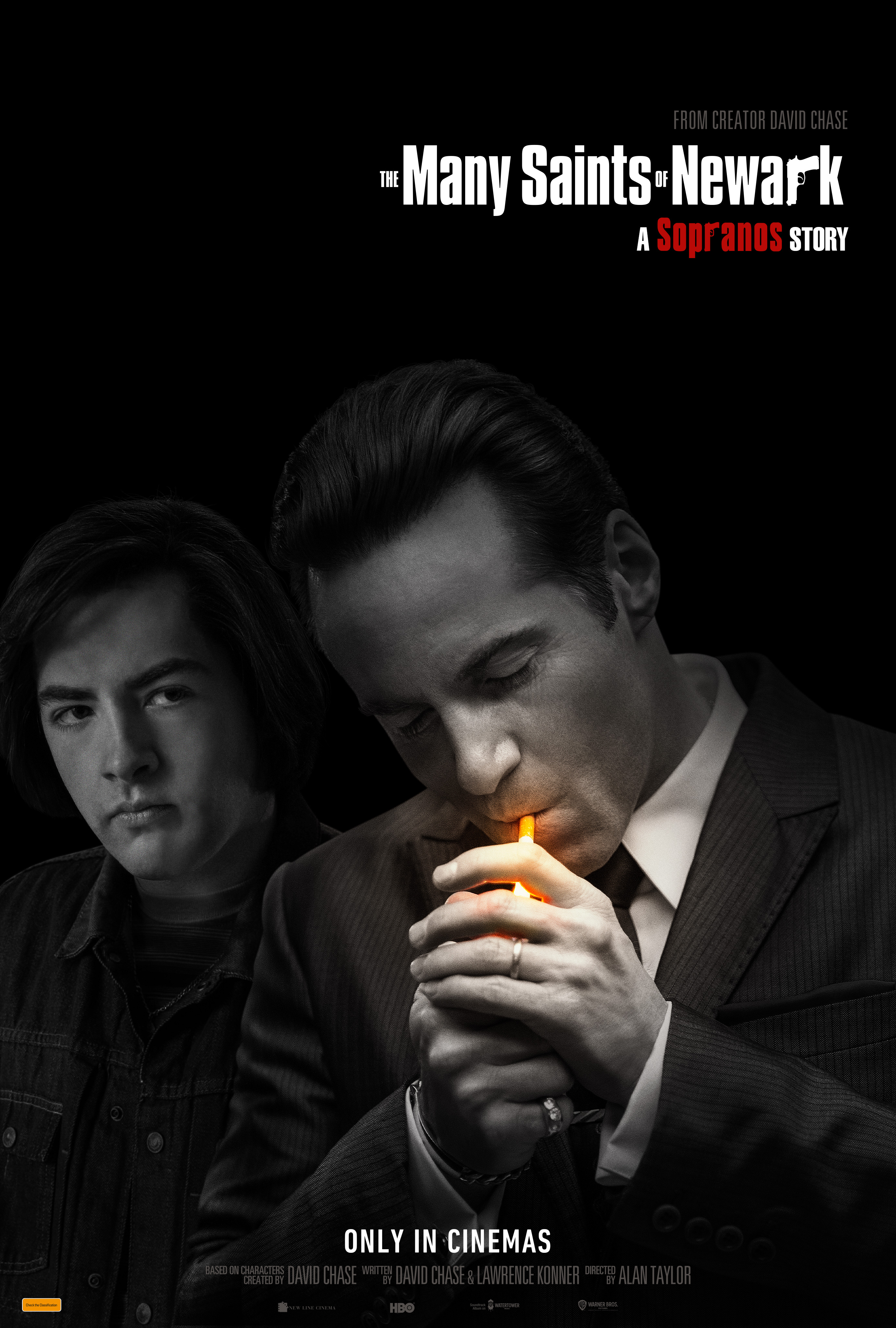 Do you feel this content is inappropriate or infringes upon your rights? Click here to report it, or see our DMCA policy.
David ChaseGandolfiniRay LiottaThe Many Saints of NewarkThe Sopranos

More about The Many Saints of Newark