Directed by Aisling Chin-Yee and Chase Joynt, the documentary celebrates Billy Tipton’s story as a musician living his life according to his own terms. 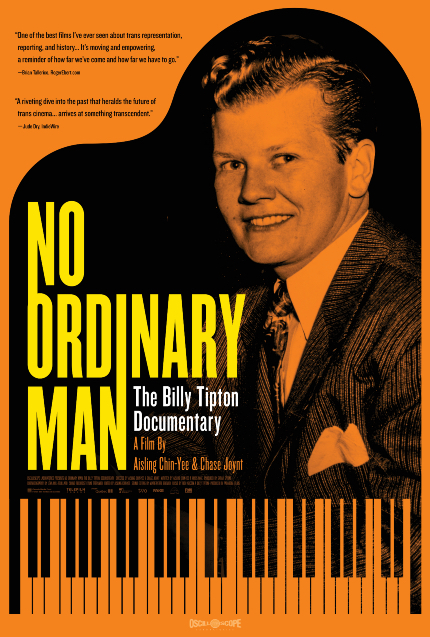 Anyone who is a part of a marginalized group can tell you that representation matters; not just having someone like ourselves in movies or books, but seeing ourselves in history, as a part of the world, making a mark on and a difference in the world.

The story of jazz musician Billy Tipton is known perhaps less for his contributions to jazz music, and his life as a loving father, husband, and friend, than that it was discovered on his death that he was transgender. No Ordinary Man, a documentary by Aisling Chin-Yee and Chase Joynt, explores Tipton's life and work, and his status as a trans icon, a status too long dismissed and buried by a society than refused to accept that he was a he. Through interviews with his family, historians, actors, and others influenced by Tipton's life, it gives a voice, if not to Tipton specifically, to the trans masculine community.

No one knew that Billy was trans, not even his family; his decision to live as he did, without confiding in anyone, means that his voice, at least on this subject, is missing. How do you tell the story of someone when such a core part of their identity was unknown? Or perhaps that is how we see it; Tipton was a man and lived as such, there was nothing for him to explain.

Chin-Yee and Joynt have no easy task, especially considering the biography published about Tipton refused to properly recognize him as a trans man. There are recordings of his music, letters, and stories from one of his sons. But how do you find his voice? 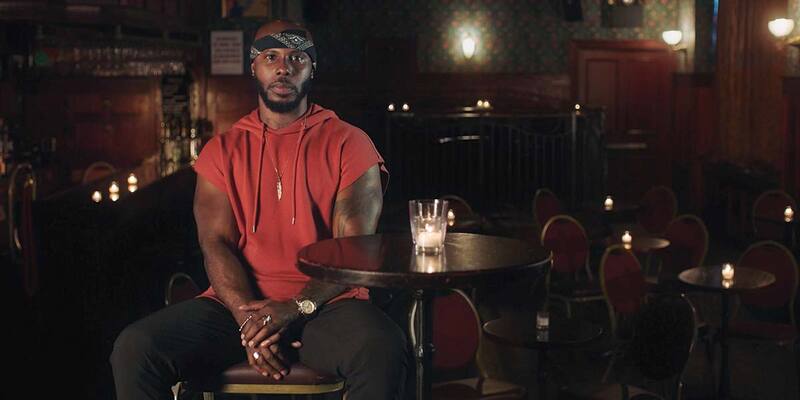 Included among the various historicans and culture experts, who provide the necessary and fascinating history and historical context for Tipton's life as a person and a musician during the heydey of touring bands, are a number of trans men who have found comfort in and inspiration from Tipton's story. These men in turn audition for (perhaps a soon to be made?) film about Tipton's life, each in turn performing different scenes, giving us different ideas of how Tipton might have been, or how each of these actors found his voice through his and their own experience.

Reminiscent of I'm Not There and its use of multiple actors in the same role, it's an unusual method of showing a person's story in a documentary, and it's extremely effective: it lets us imagine Tipton's life, after what we've heard about him from the various talking heads, and what his voice might have been, through these actors.

The movement between the auditions, the semi-dramatizing important moments from Tipton's life, and the various talking heads, keeps the film clipping along at a good pace. And after a while you realize: every voice in this film is a transgender one.

Trans men especially (though trans women as well), speak about Tipton, about general transgender history, about their own transgender experience and what Tipton has meant to them. The story has to be told, through their eyes, their knowledge, their perspective, to understand Tipton's life. Adding to this several interviews and intimate knowledge from one of Tipton's sons, means we get as complete a picture as we can of Tipton's life, the world he inhabited, and the impact he still has today.

No Ordinary Man is aptly named, but could also be called 'No Ordinary People'; knowing how much transgender people still have to struggle to be recognized, we can also take joy in hearing their voices made central to this story, and having Tipton's story be told, finally, as it should.

Review originally published in connection with the film's Canadian release in March 2021. It will open in U.S. theaters on Friday, July 16, via Oscilloscope.

More about No Ordinary Man