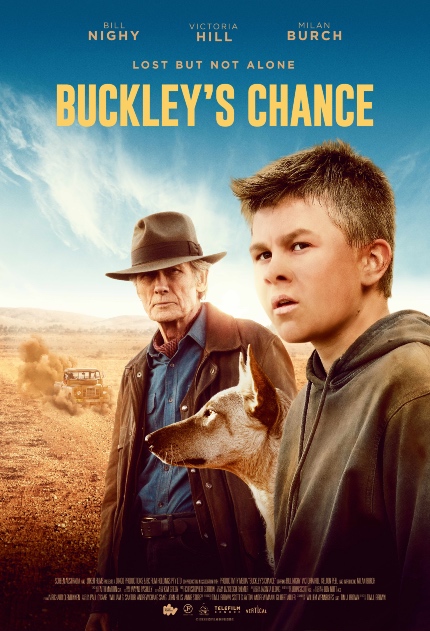 Lately, I've grown exhausted from all the endless, unimaginative bloodshed that typically marks far too many horror films, so I've been searching out more films marked as 'family fare,' but, really, I'm interested in any film with an atypical edge.

Buckley's Chance looks and sounds like many other 'family films,' what with a whiny kid, a concerned mother, a crusty grandfather, a lovable animal, and someone who is lost in the great outdoors. What strikes this North American most, though, is the prospect of seeing someone lost in Australia's version of 'the great outdoors,' namely, the Outback.

Also, I'd like he opportunity to see what Bill Nighy can bring to the role of 'crusty grandfather.' He can easily handle comic roles, but just the way he says "very" in the trailer kills me. He's a master.

The film will open in select theaters and On Demand August 13. Have a look at the trailer below.