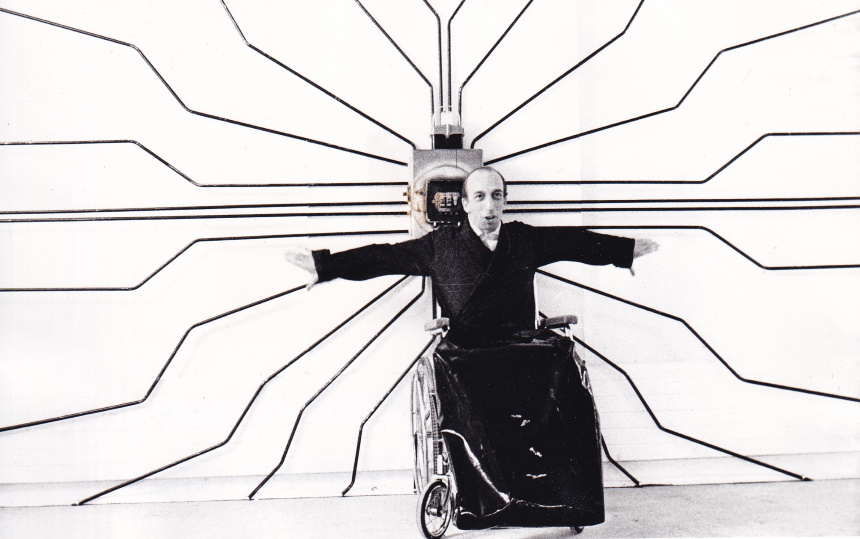 One of the great joys of being a film fan is that the well of undiscovered or long-forgotten gems is virtually unending. It's the privilege of adventurous distributors to uncover these wonderfully unique time capsules, and this is a job that Deaf Crocodile takes very seriously.

Founded by former Arbelos/Cinelicious Pics leaders Dennis Bartok and Craig Rogers, Deaf Crocodile has already announced a 4K restoration of John Carpenter's Assault on Precinct 13 for theatrical distribution, and they follow that one up with Jean-Louis Roy's 1967 Cold War oddity, The Unknown Man of Shandigor (L’inconnu de Shandigor). The film is preparing for a late 2021 theatrical rollout, with Blu-ray/DVD release to follow.

Here is a synopsis from Dead Crocodile that should whet the appetite of cult film fans with its cast, alone:

THE UNKNOWN MAN OF SHANDIGOR is a marvelous and surreal hall of mirrors, part-DR. STRANGELOVE, part-ALPHAVILLE, with sly nods to British TV shows like “THE AVENGERS” and “DOCTOR WHO.” The film stars a Who’s Who of great Sixties European character actors starting with the unforgettable Daniel Emilfork (THE CITY OF LOST CHILDREN, THE DEVIL’S NIGHTMARE) as crazed scientist Herbert Von Krantz, who’s invented a device to sterilize all nuclear weapons called “The Annulator.” A mad herd of rival spies are desperate to get their hands on the device, including legendary French singer Serge Gainsbourg as the leader of a sect of bald, turtleneck-wearing assassins, and Jess Franco veteran Howard Vernon (THE AWFUL DR. ORLOF). Gainsbourg’s deranged jazz-lounge song, “Bye Bye Mr. Spy” – performed by him on funeral parlor organ, no less – is arguably the film’s high point. “An accomplished spy is at the same time psychologist, artist, funambulist, conjurer,” to quote one of the film’s characters – and the same could be said of Roy’s exotic camera obscura of B&W Cold War paranoia.

We've got your exclusive first look at the newly restored in 4K trailer that I'm sure only hints at the coolness within. In addition, Deaf Crocodile has sent over some wonderful behind-the-scenes stills from the family of director Jean-Louis Roy.

The Unknown Man of Shandigor Trailer from Deaf Crocodile on Vimeo. 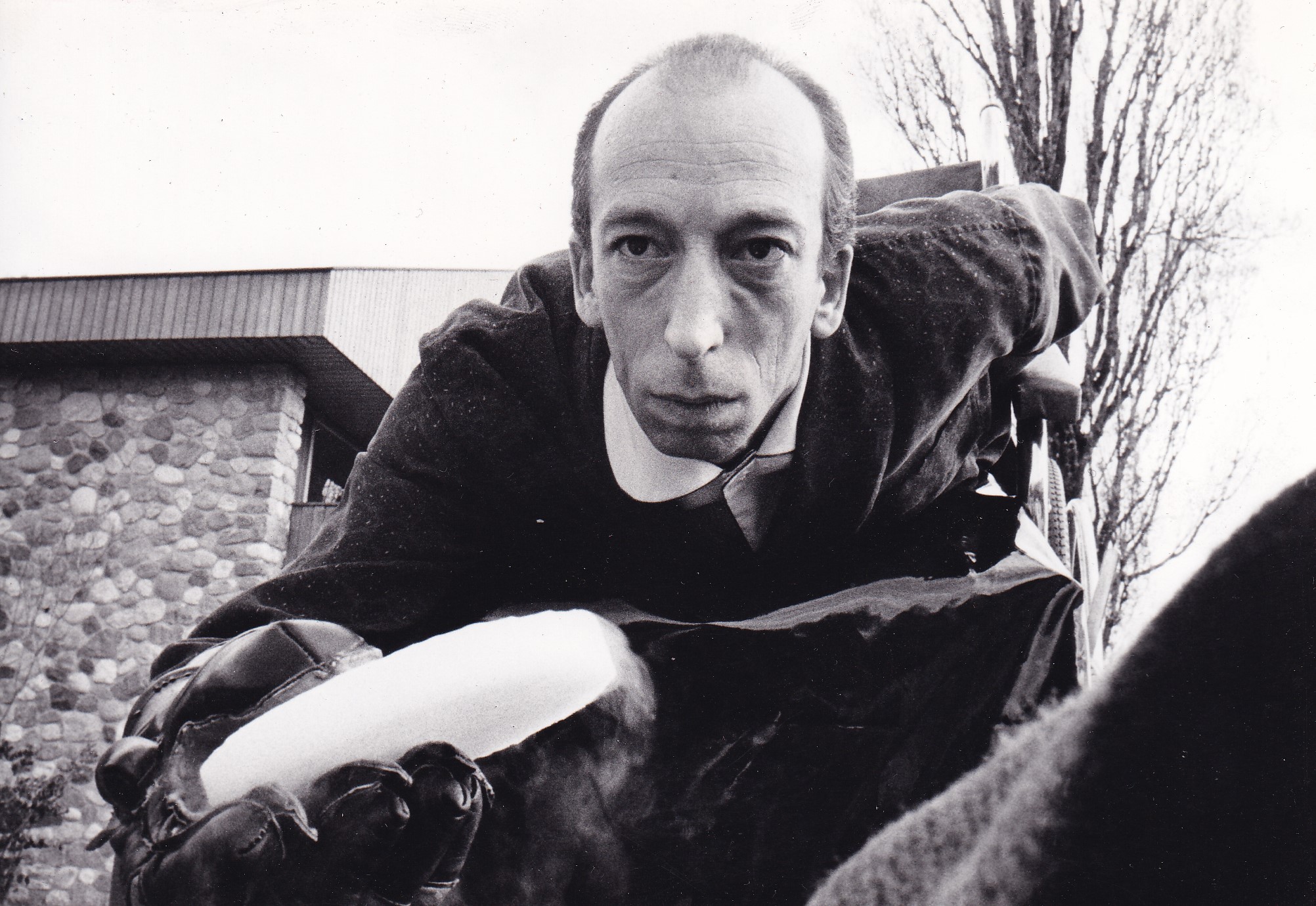 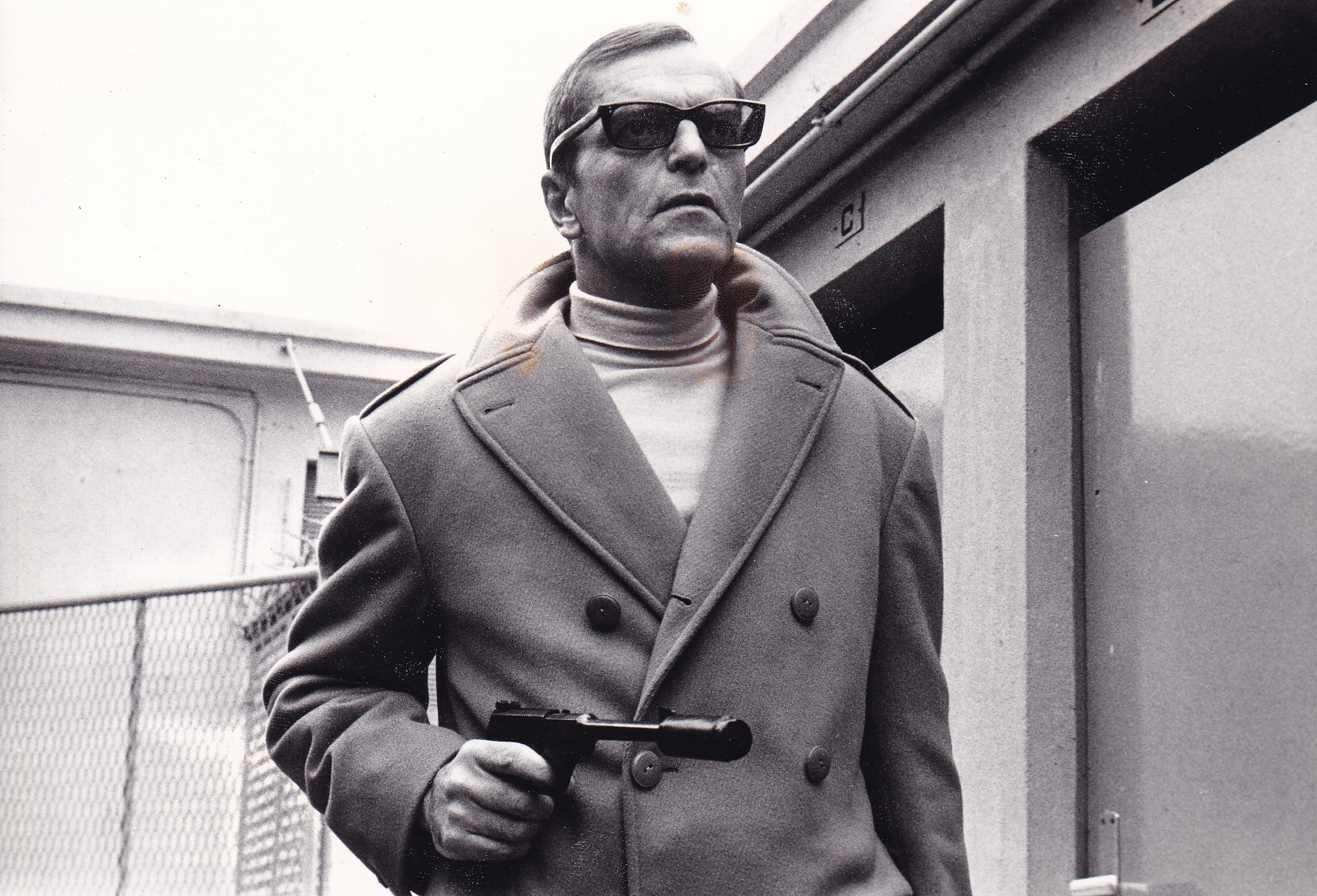 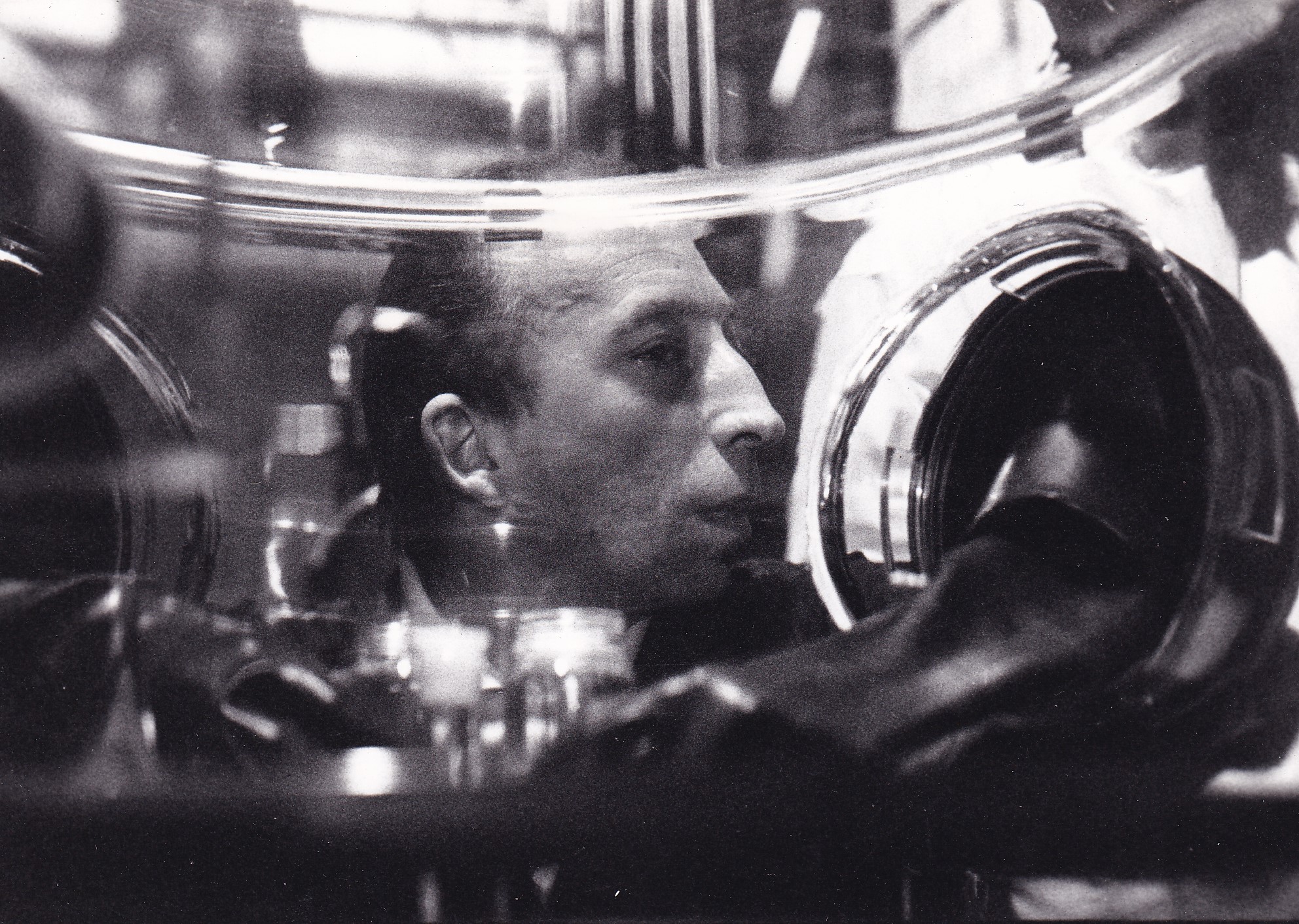 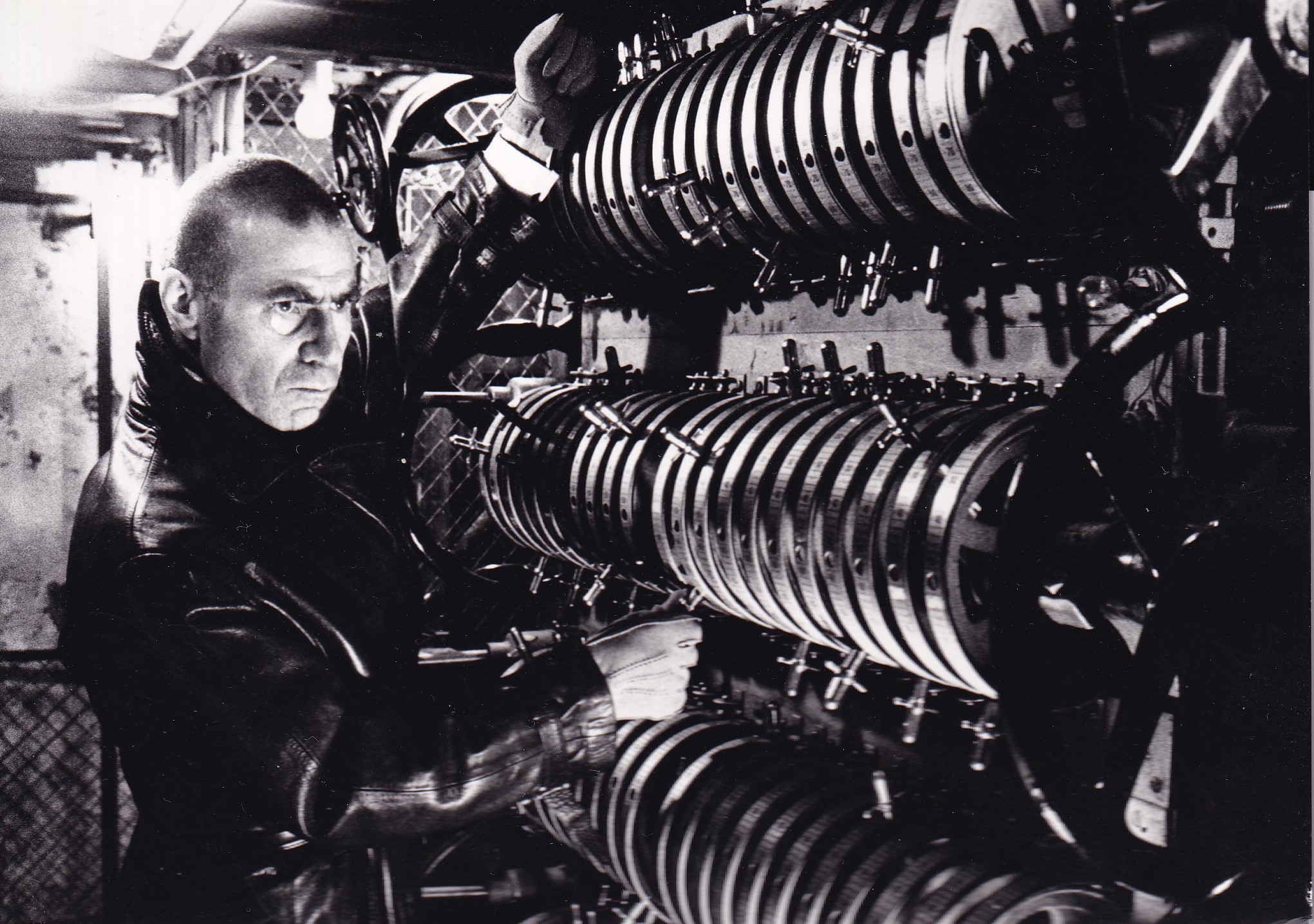 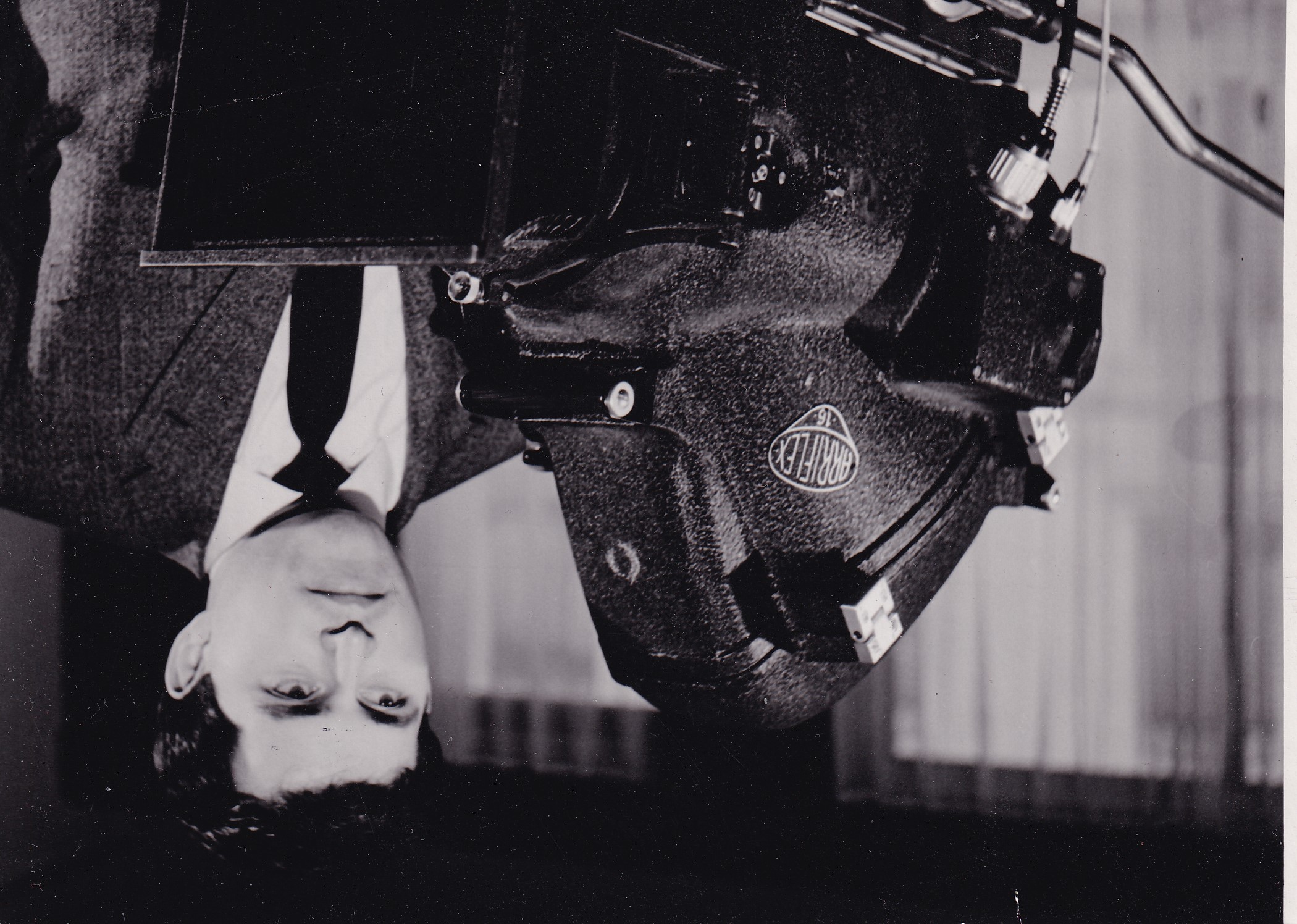