Directed by Nancy Buirski, the true-crime documentary calmly explains how outrageously justice can be perverted. 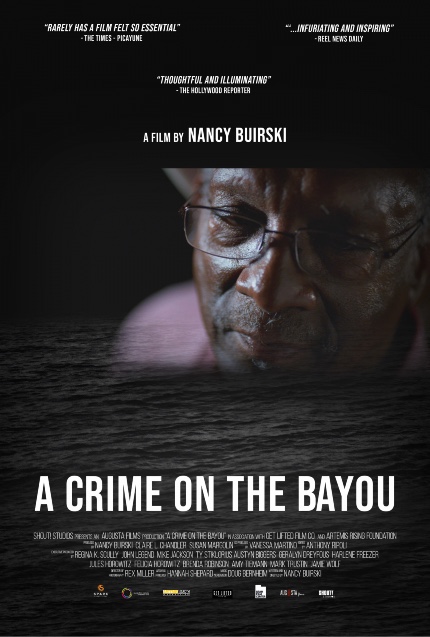 When a touch on the arm is transformed into an act of violence.

A Crime on the Bayou
The film is now playing in select theaters in Los Angeles and New York via Shout! Factory.

True-crime stories generally draw me in slowly by establishing an everyday atmosphere that is violated by a shocking act of violence, which is then dissected and solved.

The 'shocking' act in A Crime on the Bayou is a touch on the arm. In 1966, that's all it took for Gary Duncan to end up in jail, accused of assaulting a minor. The area where Gary lived appears to be calm and peaceful, a pleasant community on a peaceful bayou in Louisiana, US. In truth, the region was rife with racism, and had been for more than a century. Black people were expected to stay within their designated neighborhood and treat white people as supremely superior.

Gary Duncan, a Black teenager, knew this. A high-school graduate, he was fully aware that racial integration of the school system had only recently begun, and so he was concerned when he saw two younger, male relatives on the street, apparently being accosted by young white men. He stopped his vehicle and endeavored to defuse the situation, going so far as to gently touch one of the young white men on the arm.

Gary Duncan lived in a part of Louisiana that was ruled by an elected white man, who was openly racist and proud of his ignorance and stupidity. The white man made sure that the local police force arrested Gary Duncan, whose mother encouraged him not to take the 'easy way out,' which would mean pleading guilty to the ridiculous and accepting whatever "justice" the white people decided to mete out. Gary Duncan's decision spurred the local authorities to harass him with continual, slightly adjusted charges and imprisonment, all for the "crime" of touching someone on the arm.

Director Nancy Buirski (The Rape of Recy Taylor) wraps the story in a comforter of scenic beauty and the perspective of age, which does not diminish the outrage of justice that took place. It was a case taken on by a young Jewish attorney, Richard Sobol, who found himself charged as well, which did not stop him from taking the case to the U.S. Supreme Court, a judicial body that was quite different in that time period than it is today.

A Crime on the Bayou shines a light on race relations in the U.S. with an effective variety of historical background, archival footage, and interviews new and old. Mostly, it's a story about persistence and vigilance in the face of the uglier side of humanity.