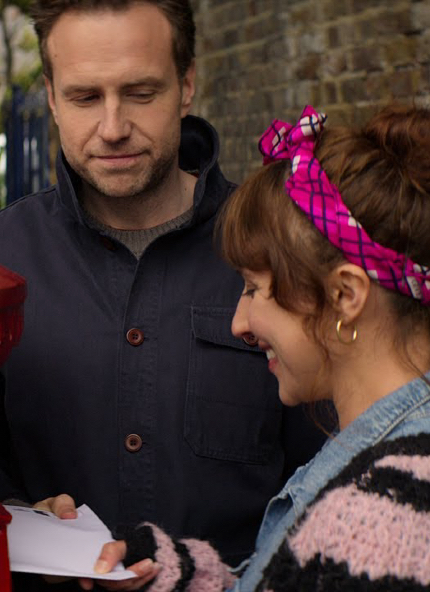 To be a parent is never easy, even without any children (yet).

'It's a British comedy' conveys a lot in a few words, especially from my perspective as a citizen of the Lower 48 States of America.

Usually, it conveys the idea that a good British comedy show will be biting, witty, sarcastic, and playful, often in ways that go right over my ignorant head. Often, there's a tone of superficial superiority, whether intentional or not, that invites a necessarily humble attitude on the part of those of us who are lesser in intelligence. Or, I could just say: 'I'm too dumb to understand the smart and subtle comedy that eludes my easy understanding.' Or, I could blame my entire cultural upbringing: 'I've been dumbed down by watching too many dumb American sitcoms.'

Any or all of that could be true, which doesn't explain why I have fallen in love with Trying.

After sampling the very first episode, I decided that the show, which debuted in 2020, wasn't for me, and forgot about it. Then Season 2 premiered recently, and I resisted even sampling it. Then someone whose opinion I respect -- OK, the founder and editor of this site -- mentioned that he and his wife love the show. So, I figured I should, at least, try again. (No pun intended).

What I discovered was that two actors whose work I have long appreciated through their many film appearances -- Rafe Spall and Imelda Staunton -- are complemented here by the "introduction" of Esther Smith, an actress whose past work in a rich variety of British television shows was less familiar to me.

Spall and Smith play a couple who want to have a baby, which, they learn, is not possible for them through "natural" means, and so they begin trekking through a treacherous path leading to adoption. In the eight episodes that compose Season 1, they are tried by their own different approaches to life and the myriad obstacles that may prevent them from being approved to adopt. In the five (of eight) episodes that have debuted so far in Season 2, they are stymied in their efforts to "match" with the right potential child.

This all plays out in a superbly witty manner, infused with pathos, superbly portrayed by Spall and Smith. Staunton leads the supporting cast as a social worker who is sometimes too forthcoming and bumbling, and at other times staunchly optimistic and cheerful to the couple who often feel overwhelmed by the challenges involved. The couple's friends and family are constantly bickering, occasionally sustaining direct attacks, but mostly just surviving and supporting each other, through it all and despite their differences.

Andy Wolton created the series and writes the episodes, displaying a deft sense of humor that can easily expand into genuinely dramatic territory, and then easily navigate back to more traditional humorous regions. The dialogue is consistently, genuinely funny, and the characterizations feel very authentic.

Not that I am British, at all. I do not pretend to understand every word or phrase that is spoken, yet I find myself smiling frequently and occasionally LOL. Trying is a treat to watch. 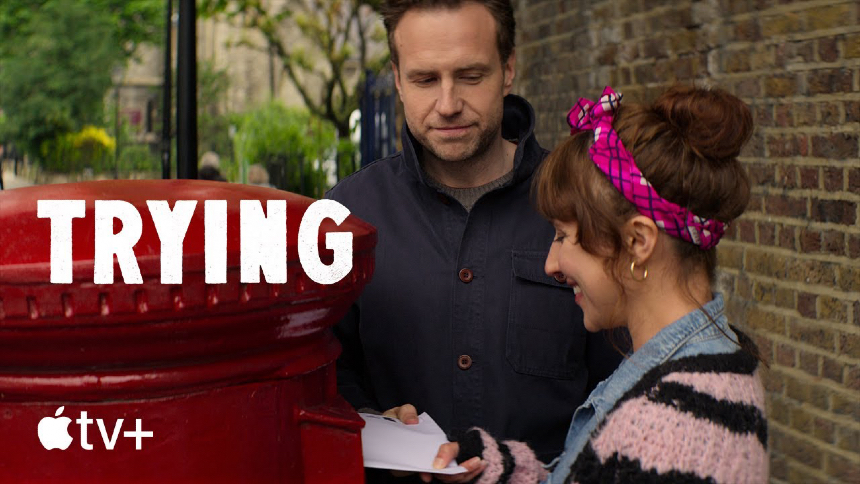 Do you feel this content is inappropriate or infringes upon your rights? Click here to report it, or see our DMCA policy.
Apple TV+Esther SmithImelda StauntonRafe SpallUK