Review: WITHOUT REMORSE, Michael B. Jordan Gets an Action Franchise To Call His Own 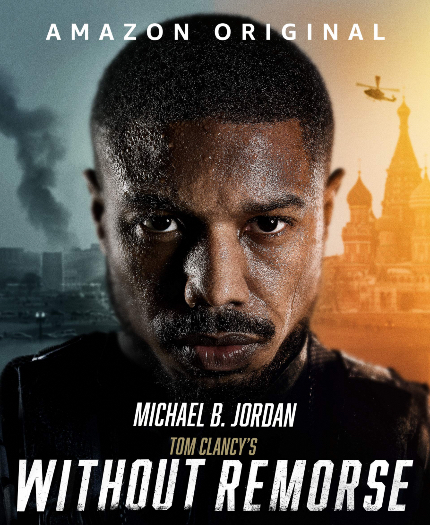 In Hollywood, a performer’s longevity is directly proportional to their connection to a long-running series or franchise (the more, the better), an immutable fact Michael B. Jordan, an actor with Oscar-worthy talent, has known for quite a while, hitching his rising star first to the ill-fated Fantastic Four reboot that comic-book fans and the general public memory-holed the weekend after it opened and second — and far more successful commercially and critically — the currently unfinished Creed series (Jordan’s set to direct the upcoming third entry), a spin-off/sequel of the Rocky universe released in 2015 that audiences at the time didn’t know they needed or even wanted. Another try at another standalone franchise starter was, if not inevitable, then not completely surprising either.

For Jordan, it's Without Remorse (aka Tom Clancy’s Without Remorse), a slickly, efficiently directed, if otherwise routine action-thriller loosely based on the late Tom Clancy’s 1993 novel set in the still popular Jack Ryan-verse (e.g., The Hunt for Red October, Clear & Present Danger, Patriot Games) that's openly meant as the first entry in a series. A sequel-ready ending leaves a figurative door open for Jordan’s ruthless, kill-first, let God-sort-them-out anti-hero to make a return to digital theaters, though that's dependent on how well stay-at-home viewers react to the relentlessly amoral bloodletting on screen. (Amazon picked up Without Remorse from Paramount after the global pandemic closed movie theaters last year, forcing movie studios to either wait out the pandemic or find alternate means of distribution.)

An origin story (thankfully minus spandex, capes, or cowls) for the Clancy’s protagonist before a ridiculously high body count in the name of “Truth, Justice, and the American Way” (F8ck Yeah Edition) leads to a not-unexpected name change from John Kelly (Jordan) to John Clark (still Jordan, just with a new passport and apparently, a new lease on fictional life), Without Remorse promises — and certainly delivers on — Clancy’s not unfamiliar mix of right-wing, jingoistic politics, stunted, simplistic grasp of geopolitics, and military and/or techno-fetishism. In the frantic, frenetic opening minutes, Kelly, a “best in class” U.S. Navy Seal, dispatches ex-Russian special forces as part of a questionable rescue mission in the middle of the Syrian Civil War, all for God and country.

Except someone, somewhere betrays Kelly, his commanding officer, Karen Greer (Jodie Turner-Smith), and their squad, though not in Syria. In a sloppily planned and semi-ineptly executed plan, two of Kelly’s compatriots die violently on U.S. soil before the attackers, presumably Russian mercenaries or even Russian special ops violating U.S. sovereignty with extreme prejudice and massive firepower, turn their attention on Kelly and his pregnant, soon-to-be-fridged wife, Pam (Lauren London), while they're enjoying a quiet night at home.

Before viewers take too much interest in Pam, she’s forcibly evicted from the scene and the film, a victim of the shadowy, murkily defined conspiracy that targets Kelly, two of his squad-mates, but inexplicably not Greer, leaving Kelly in critical condition and once awake from a brief coma, vowing vengeance on everyone involved with the murder of his wife and unborn daughter.

And Death Wish-inspired vengeance Kelly takes, deciding on a near-suicidal frontal attack that results in the intentional immolation of a Russian diplomat at Dulles Airport in plain sight of dozens of witnesses and Kelly captured and imprisoned, presumably for life without parole. Kelly’s stay in prison, of course, doesn’t last long.

Kelly parlays information regarding the supposed mastermind of the U.S. attacks for a temporary get-out-of-jail-to-kick-Russian-ass pass, a belated reunion with Greer, and an extrajudicial extract-or-execute mission outside U.S. soil led by a seemingly untrustworthy CIA field operative, Robert Ritter (Jamie Bell), with the explicit approval of the Secretary of Defense, Thomas Clay (Guy Pearce). All of which leads to an intense 35-minute Raid-inspired firefight inside a mostly empty apartment building on the other side of the Pacific Ocean.

Without Remorse wisely updates, modernizes, and streamlines Clancy’s decades-old novel, originally set in the 1970s, amidst the Vietnam War and incongruously urban warfare that pitted Kelly against viciously ultra-violent drug gangs. Clancy’s novel was certainly a product of its Nixon- and Reagan-Era-influenced times, making the decision to reset the novel’s adaptation in the 21st century minus urban gangs, with one forever war (Vietnam) swapped out for another (Syria, the Middle East), a smart, necessary one. Kelly’s wife still shuffles off her mortal coil in both iterations, though, since without her demise, Kelly wouldn’t have the requisite motivation to turn old-school vigilante and rain fire and brimstone on his foes.

Still, for all of its questionable politics and story choices, Without Remorse doesn’t disappoint on the firefight or action front, unsurprising given Stefano Sollima’s (Sicario: Day of the Soldado, the Italian Gomorrah series) involvement and his previous experience as a splatter-happy director. In another non-surprise, Jordan makes for an undeniably convincing action-hero equally adept at eliminating faceless mercenaries and grounding his emotions in a recognizably genuine, grounded reality.

As Kelly’s commanding officer, Turner-Smith more than holds her own in her scenes with Jordan's tortured soldier. Given Greer’s purely secondary role in Kelly’s body-count-heavy, revenge-fueled arc, she’s often sidelined or absent at key moments or plot turns, including the climactic firefight that would have benefitted from her onscreen presence and solidified the platonic relationship between Kelly and Greer.

We can’t have everything, though, and right-wing politics aside, sometimes an entry like Without Remorse, a disposable, mid-budget ‘80s or ‘90s programmer with a talented cast committed to elevating occasionally sub-par material, can qualify as an adequate time-waster between working from home and/or living at work. 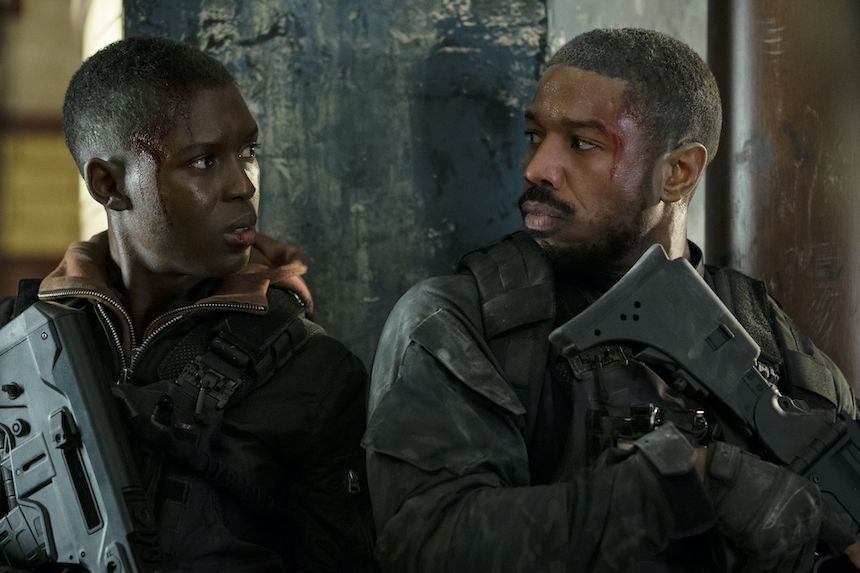