Eight films are featured in the program, including all five nominated for Academy Award, Best Animated Short.

Of the eight films featured in the 99-minute program assembled by Shorts.TV -- including all five titles that earned nominations for Academy Award, Best Animated Short, plus three more from the shortlist -- it is Opera, directed by Erick Oh, that most cries out for the big screen.

Within a pyramid containing many, many rooms, in which many, many people reside, the camera pans down as the busy, busy bubble-headed people -- a description based on how they look, not on how they act -- live their lives, engulfed by many, many different concerns. As the camera pans down to the bottom of the pyramid, an epic battle breaks out, drawing all the people downward to take sides, emptying out the pyramid.

Then the confrontation resolves, and the rooms become repopulated as the camera pans slowly back up. It's spectacular, and I would be happy to watch it on a much larger screen. It is the second film by former Pixar animator Erick Oh.

Speaking of Pixar, of course one of their films received a nomination! After watching the other nominees, on which far fewer people worked, it's almost embarrassing to see all the names in the credits, but, hey, what matters is the work, and Burrow, directed by Madeline Sharafian, is very good. Its message is strong and positive -- everyone does better when they work together -- and the lead character is lovable and optimistic, which are always good qualities to see. The animation is, as you might expect, top-notch and distinctively different from Pixar features. The film is currently streaming on Disney+.

The two foreign-language nominees stand apart, refreshingly, from anything we've seen come out of Hollywood. Genius Locii, directed by Adrien Merigeau, comes from France, and is a wildly abstract kind of picture. The animation is lean and striking, and the film becomes progressively more fascinating, as it feeds off its spare dialogue to blow up into disconnected imagery that doesn't necessarily follow any sort of narrative logic which is great.

Hailing from Iceland, Yes-People, directed by Gisli Darri Halldorsson, depicts a day in the life of the residents of an apartment building in droll, comical fashion. The characters are adorable; it's easy to root for them as they cope with life's daily challenges, and the animation emphasizes their adorable, rubbery faces.

Directed by Michael Govier and Will McCormack (Toy Story 4), If Anything Happens I Love You is a strongly dramatic portrait of grieving parents dealing with a major loss in their lives. Without words, the straightforward and simple (mostly) B&W art drives home a powerful message. Definitely made for adults, though.

The three short-listed titles included are also very good, each in their own way. Kapaemahu interprets a legendary story from Hawaii with an evolving artistic style, while To Gerard, originating from Dreamworks, showcases gorgeous animation and a lovely story about a lonely postal worker and his magic coin. Based on a book and running 26 minutes, The Snail and the Whale features truly impressive animation, the voices of Sally Hawkins, Rob Brydon, and Diana Riggs, and an ambitious story that delivers a kindly message about its two titular characters.

Content advisory: Self-rated PG-13, some tough messages are conveyed, and a school shooting is the subject of one, so parents may want to exercise caution. 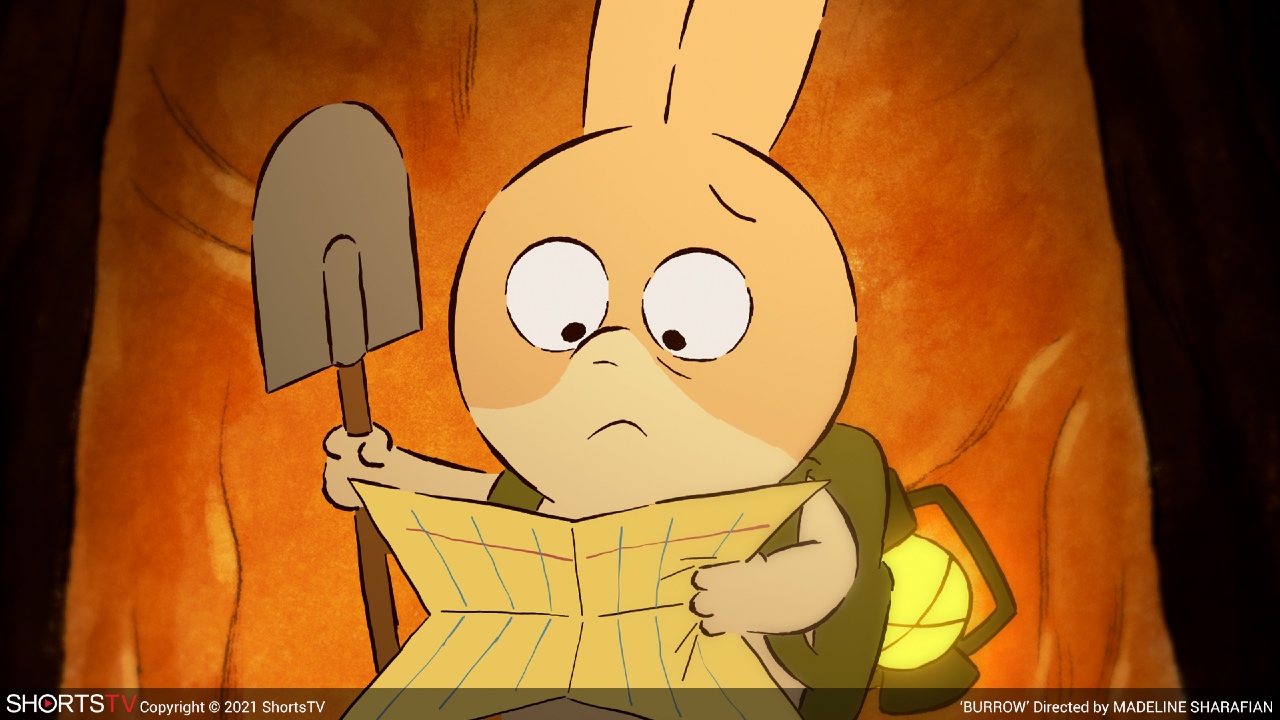 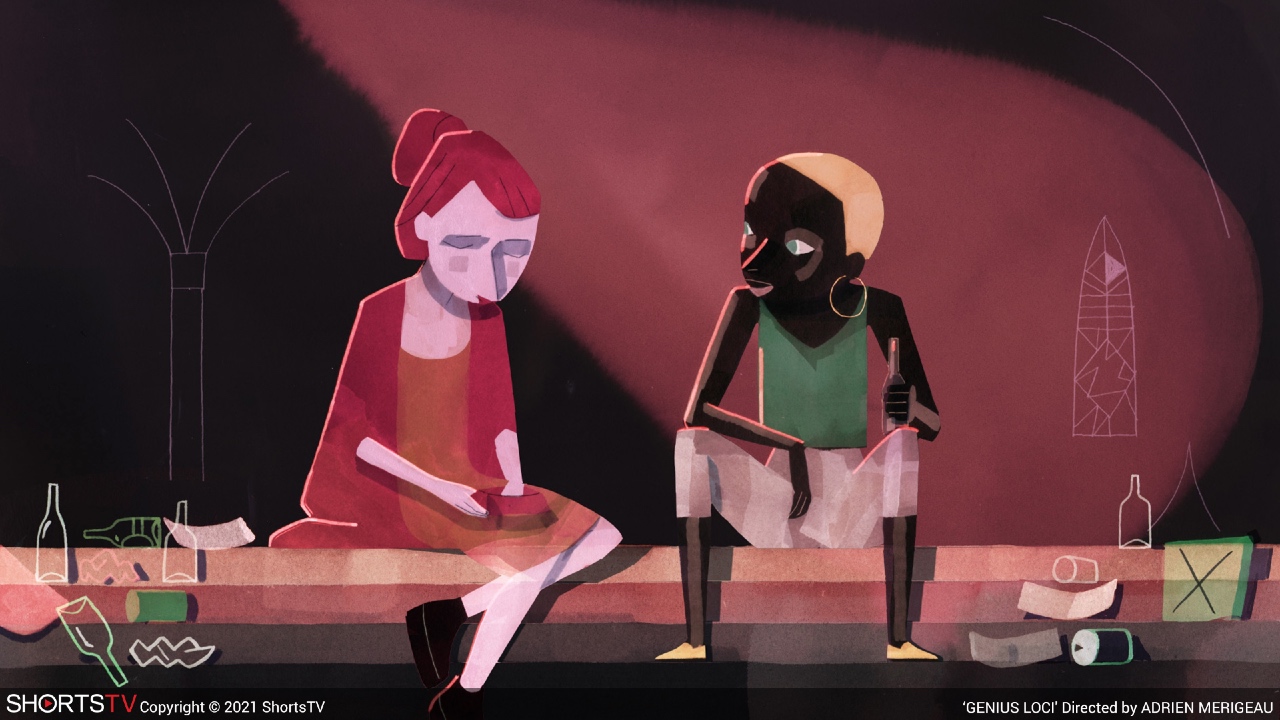 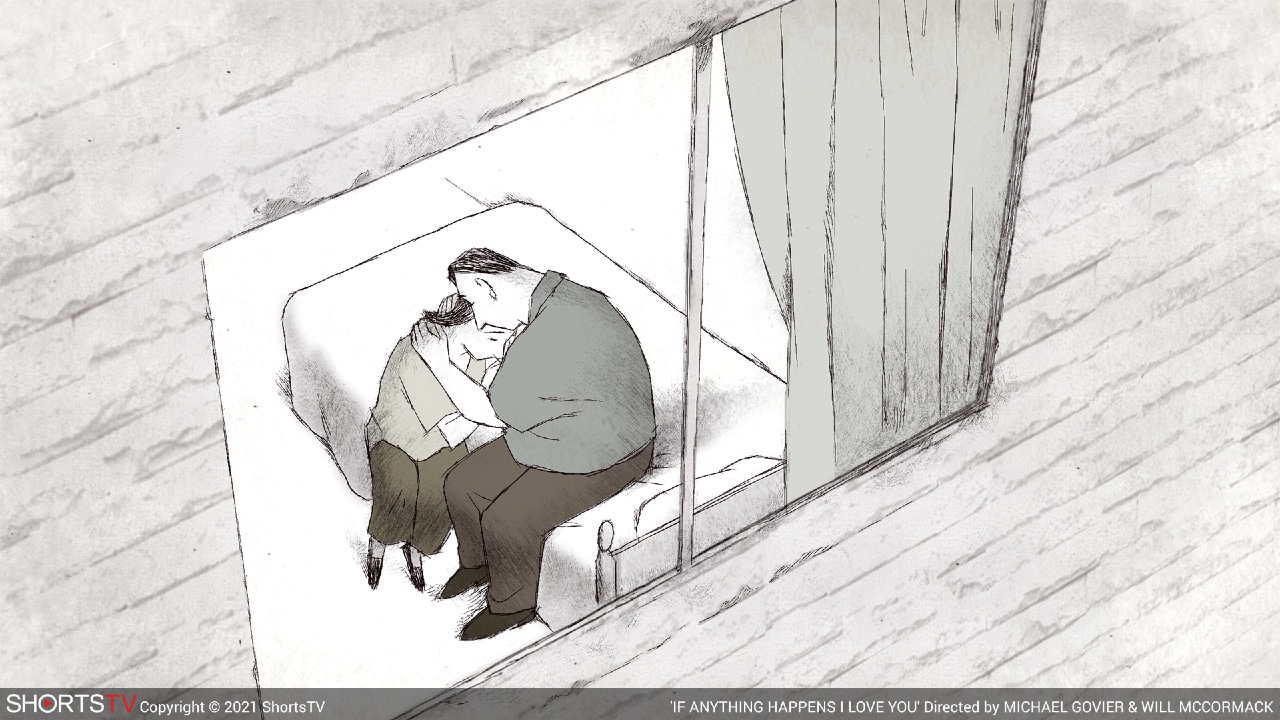 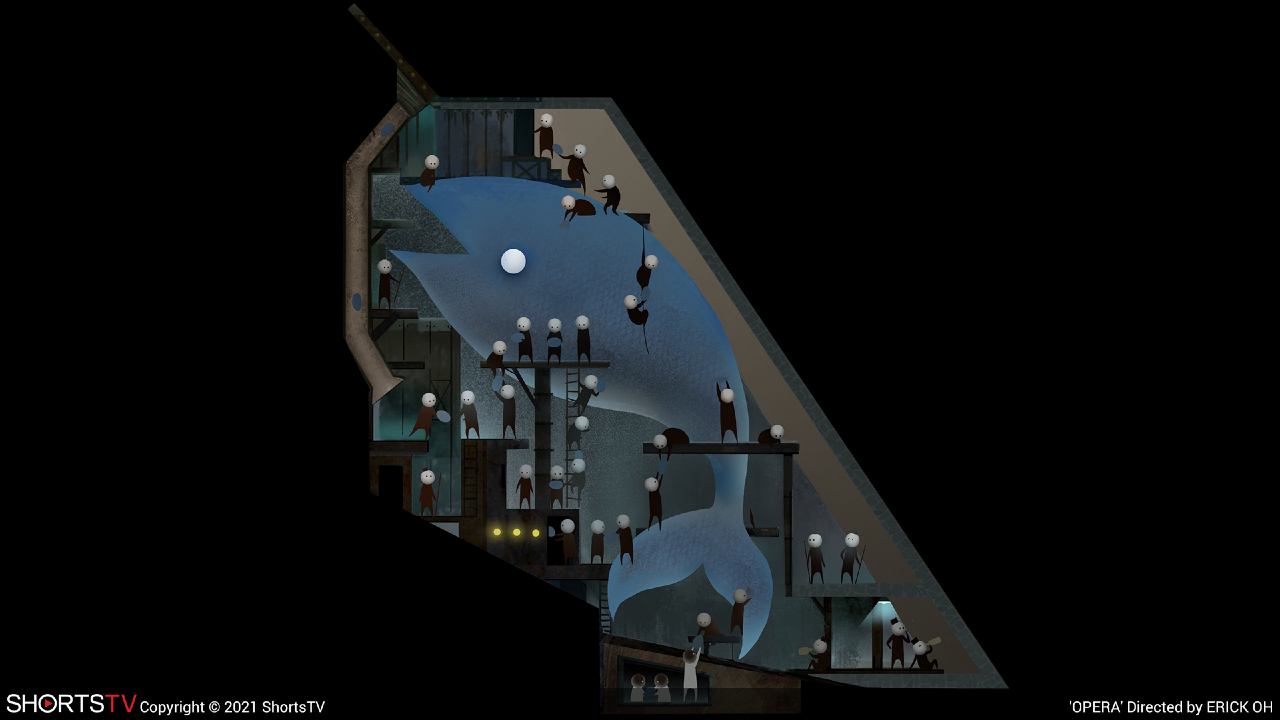 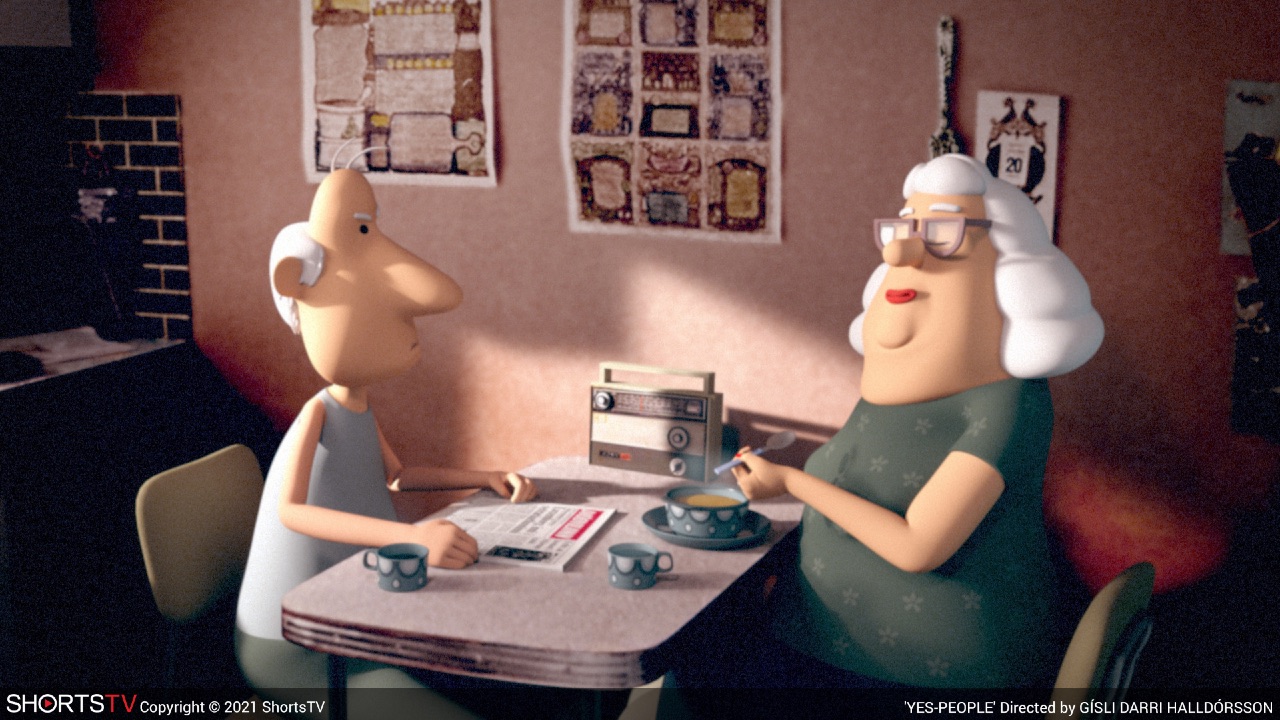 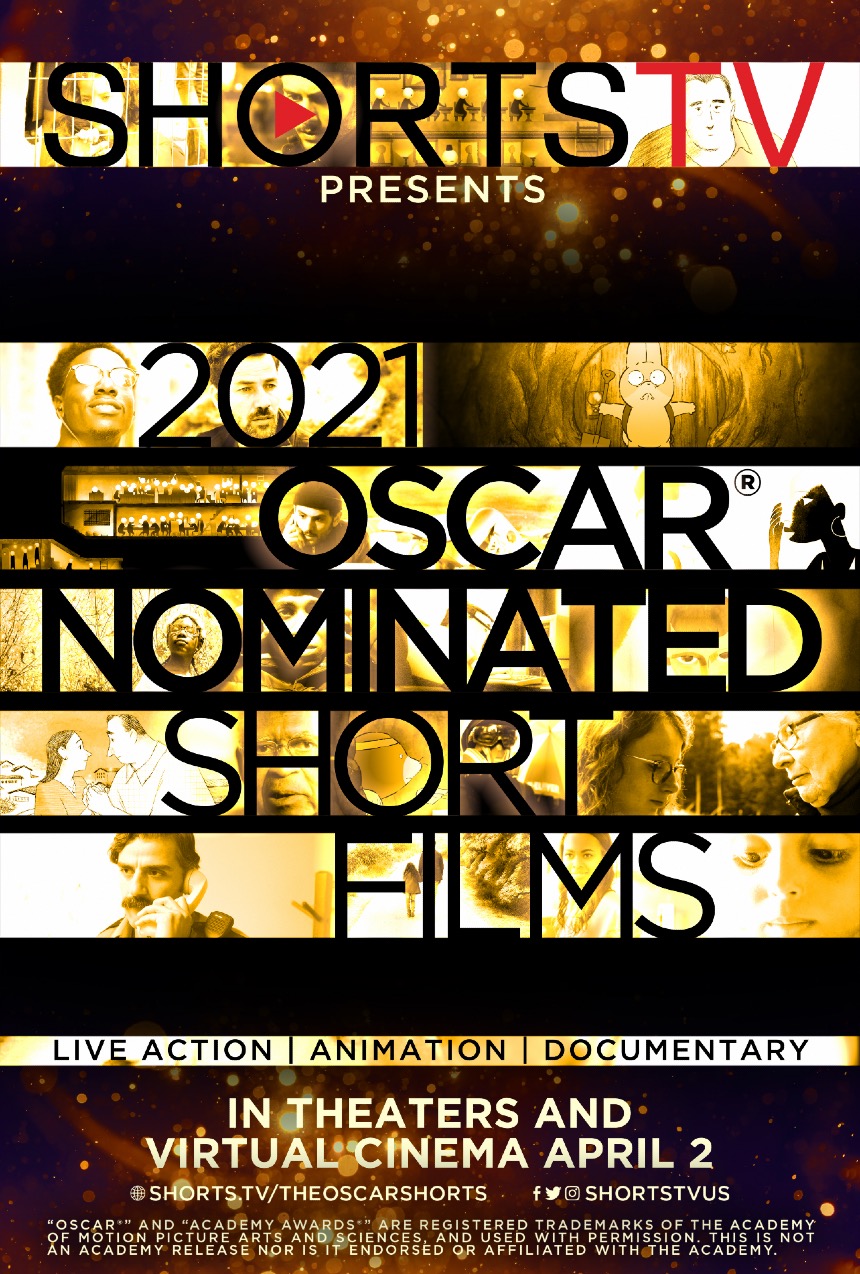 Do you feel this content is inappropriate or infringes upon your rights? Click here to report it, or see our DMCA policy.
Academy AwardsOscar NominationsOscarsshort filmsshorts.tv