Rotterdam 2021 Review: THE NORTH WIND, The Ritual of Love and Death in Ornamental Fable on the Treacherous Comfort of Timelessness 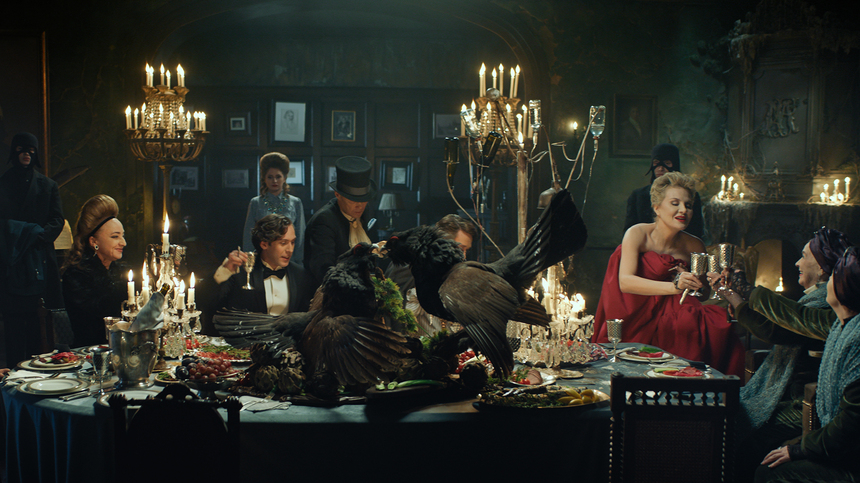 Time is a flat circle in the latest film by Russian actress-director-writer-producer Renata Litvinova. The New Year´s fairy tale The North Wind sees the family clan headed by the matriarch Margarita portrayed by Litvinova herself congregating always on the last day of the year. Even though The North Wind unfolds as a Groundhog Day on New Year, Litvinova ritualizes the New Year´s celebration to tell the saga of Margarita´s family. Furthermore, she engages the same day as a narrative device enforcing the pattern of repetition the whole family is imprisoned within. Nonetheless, the matriarch believes that the magical 13th hour can disrupt the cycle of repetition, defeat death, and bring her love.

Employing visual and narrative tropes of fairy tales, The North Wind evolves from a Gothic romance to a multigenerational dysfunctional family melodrama led by the matriarch doubling as femme fatale. The idyll in the extravagant mansion cracks after Margarita´s future daughter-in-law Fannie vanishes in a plane crash. In the tragic twist of fate, her surviving twin sister Faina takes the place in Margarita´s household expected to carry out the sacred duty of birthing an heir to the wealthy clan. 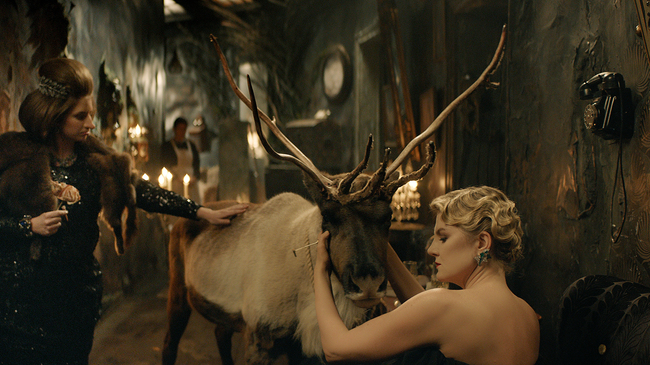 Even though she complies, the sister-replacing arrangement proves short-lived as Margarita´s son Benedict starts to gradually despise his spouse. The tension translates into a silent and discombobulating war between Margarita and her sensitive yet opinionated daughter-in-law. As the time passes from one New Year to the next one in the pompous estate, family riches wane and the clan is shrinking while the mansion decays being taken over by wild nature.

With the permanent stalemate between Margarita and her daughter-in-law that refuses to release Margarita´s son from holy matrimony, the matriarch is experiencing her own waiting-for-Godot situation - expecting the love of her life. Love becomes the leitmotif of the film as each member of the family has his or her own brush with love although different from the rest of the clan.

Litvinova manages the capture the essence of wasted years and missed opportunities in a rather epic set-up running through 122 minutes during which the arduous repetition and impasse become palpable. Power struggles continue as Margarita remains the ultimate dominant and destructive force however helpless to dissolute the loveless (or one-sided) marriage without exercising any physical harm. 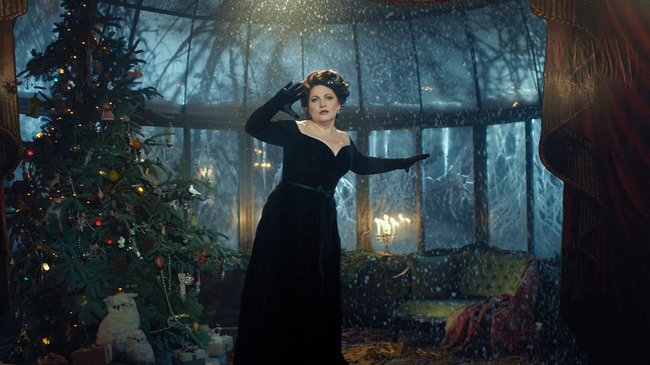 The North Wind is a very opulent and picturesque valediction to the old world and outgoing era. Margarita sees her wealth and power peter out as the new world emerges behind the windows of a once affluent family. As the new age gradually advances, the insignificance of Margarita´s clan swells devoured by history.

Nevertheless, the family members appear to remain indifferent to the disconnection as they persist suspended in a bubble of their own. Despite being framed as a fairy tale; The North Wind carries the allegorical and conceptual attribute of Wilde´s The Picture of Dorian Gray. Margarita does not age, instead, it is the mansion, wealth, and family members that are fading away.

The art production is baroque and sumptuous as are the costume designs. The careful mise-en-scene and pictorial set designs along with the Aristotelian unity of space, as the majority of the plot is set in the dining room, resemble an aesthetics approach of cinematic theatre. It´s no coincidence since The North Wind is loosely adapted from a theatre play of the same name that Litvinova originally wrote and directed for Moscow Art Theatre. Yet both versions follow a multigenerational family trapped in an eternal cycle of love and death. 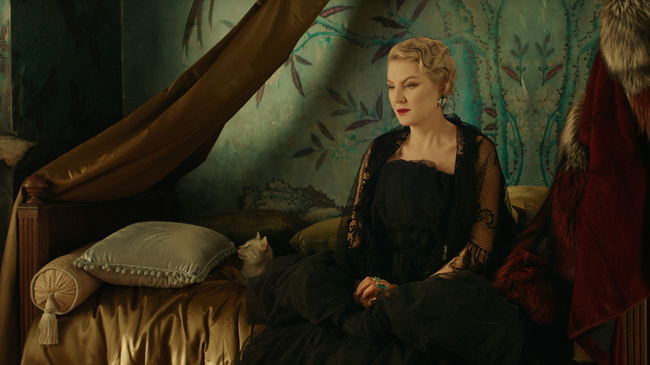 The North Wind is a surreal and opulently staged story focusing more on characters and their endless ritualization. While the magical thirteenth hour may provide Margarita with immortality, it also marks her descent into madness as she waits in vain for love that may never come. Litvinova´s theatrically lavish and magical realistic take on The Picture of Dorian Gray ritualizes love and death in the undying cycle of awkward Eros and apathetic Thanatos. The North Wind thus morphs into an all-too-human parable that the comfort of everlasting life prevents humans to reach what they desire, which in Margarita´s case leads to eternal loneliness.

Do you feel this content is inappropriate or infringes upon your rights? Click here to report it, or see our DMCA policy.
IFFR 2021Rotterdam 2021Renata LitvinovaSofya ErnstAnton ShaginMaksim SukhanovDramaFantasyRomance