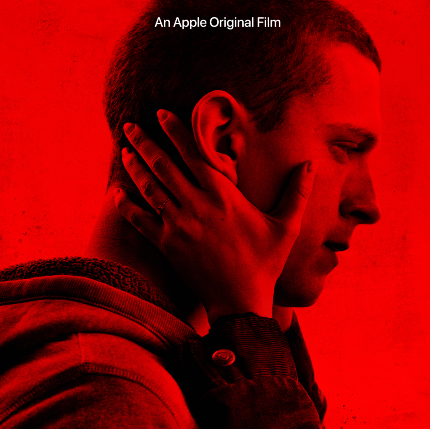 Cursing, crying and chaos are the order of the day.

Cherry
The film will open in select U.S. theaters on Friday, February 26. It will be available to stream globally on Apple TV+ as of Friday, March 12, 2021.

Somewhere within the sprawling, out-of-control, would-be epic directed by Anthony Russo and Joe Russo lies an appealing story that confronts the beast within while acknowledging the troubles without, the complications that can arise from a rash decision in youth, the appalling choices that can derail lives.

Perhaps that story can be found in Cherry (2018), a semi-autobiographical novel by military veteran Nicholas Walker, who served as a medic in Iraq, returned home suffering from PTSD, became a heroin addict, and then turned to robbing banks. In a nutshell, that describes the Russo Brothers' movie version as well. The screen adaptation was written by Jessica Goldberg (TV's The Path) and Angela Russo-Ostot (aka Russo Brothers' sister), who worked together on the script, and decided to use a love story to tie it all together.

The romance between Cherry (Tom Holland) and Emily (Ciara Bravo) develops during their late teens, as they are living in the same, tough neighborhood in Cleveland. It's a neighborhood riddled by drug addiction and petty crimes, which makes their developing affection, filtered through soft pastel colors, stand out in contrast to the sheer ugliness that surrounds them, almost like a candy-colored balloon floating up from a load of human waste.

One day the romance comes to an end that is not immediately explained, and so Cherry makes a rash decision to enlist in the military, whereupon he is sent for training as a medic and a soldier and then sent into the Middle East, where he is pelted by the hazy earth colors that reinforce the familiar description: war is hell. During his soul-pounding time in the military, Cherry becomes familiar with drugs and becomes an addict, a horrible habit that he cannot break after he returns home to Cleveland.

Returning home should give him a fresh start, but he is suffering from undiagnosed Post-Traumatic Stress Disorder, and so he slides regretfully back into the throes of drug addiction. He is soon joined by his beloved Emily and their drug-addled friend, known as Pills & Coke (Jack Reynor).

Before they became known as the directors of four blockbusters in the Marvel Cinematic Universe, the Russo Brothers gained considerable experience helming episode television; they also directed two feature film comedies, Welcome to Collinwood (2002) and You, Me and Dupree (2006). Their ease of hand in directing comedy brightens the early segments of Cherry, in the same way that their apparent agility in guiding the action component of the Marvel films influences the war segments, which are filled with bombs and bullets and badly wounded or dead soldiers.

Neither of the first two sections of the film are particularly distinguished from the expectations of their respective genres (dramatic teen romances and explosive war movies), but the drug-addiction section, especially, suffers from feeling overly familiar, leading to a general weariness in tone that weighs down the entire picture.

Tom Holland ticks all the boxes to demonstrate his range as a dramatic actor. Ciara Bravo brings a good deal of empathy to her character, though it touches some of the same bases as the above-average crime series Wayne, now streaming on Amazon Prime Video.

Without much in the way of fresh insights, and visual stylings that betray an over-reliance on tired tropes, such as slow-motion footage, Cherry becomes a chore to sit through, sadly. 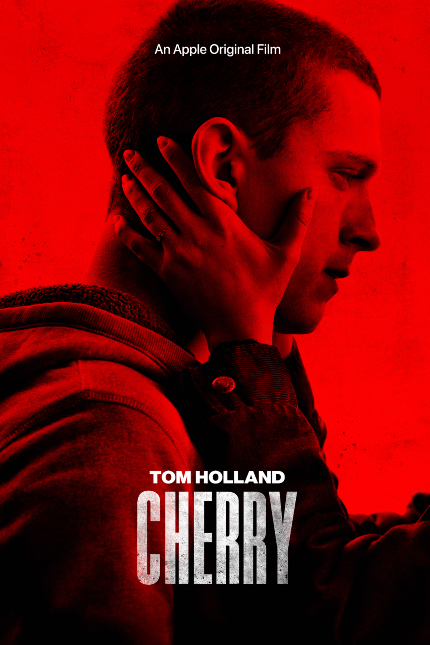