Andrew Mack
Editor, News; Toronto, Canada (@Mack_SAnarchy)
Sign-In to Vote
Tweet Post Submit
TetroVideo is at it again, giving all you extreme horror freaks what you want. They've just announced three limited editions of Marian Dora's Cannibal. Their previous edition sold out so there is a market for this out there. Don't tell me who you are.

Cannibal is based on the true story of Armin Meiwes, known as "the Rotenburg Cannibal", who killed and ate a voluntary victim (Bernd Jürgen Armando Brande) whom he met on the Internet in 2001.

While something like this is certainly not up my ally I do appreciate TetroVideo's efforts here to put out extremely limited editions. The Golden Edition is limited to just ten copies, each individually hand numbered and each disc has it's own design too. The Ultralimited Edition has only twenty copies and comes with its own goodies. Fail to get either one of those and the Standard Edition will have three hundred copies.
To have a look at each edition you can check them all out in the gallery below. Fair warning, if you're into extreme horror nothing below is going to disturb you but the images are definitely NSFW.
Have fun! Stay tuned to TetroVideo.com for details.

TetroVideo has officially announced the full details for the limited collector's editions of Marian Dora's Cannibal (2006).
The German extreme horror movie is scheduled to be released on DVD in March 2021 with 3 different limited collector's editions: the "Golden Edition", the "Ultralimited Edition" and the "Standard Edition".
Read on for the complete details and first look at the cover arts.
- GOLDEN EDITION: strictly limited to 10 hand-numbered units only. Bookbox + DVD + Poster + Deluxe golden card (each of the 10 pressed discs with a unique, individual design);
- ULTRALIMITED EDITION: strictly limited to 20 units only. Bookbox + numbered DVD + Poster + Card;
- STANDARD EDITION: 300 DVDpack 10mm. DVD + Slipcase + Card
Written, directed and produced by Marian Dora, Cannibal is the story of a mentally disturbed man with cannibalistic fantasies. He makes a deal with a suicidal man who agrees to let the cannibal eat him. Carsten Frank and Victor Brandl star. 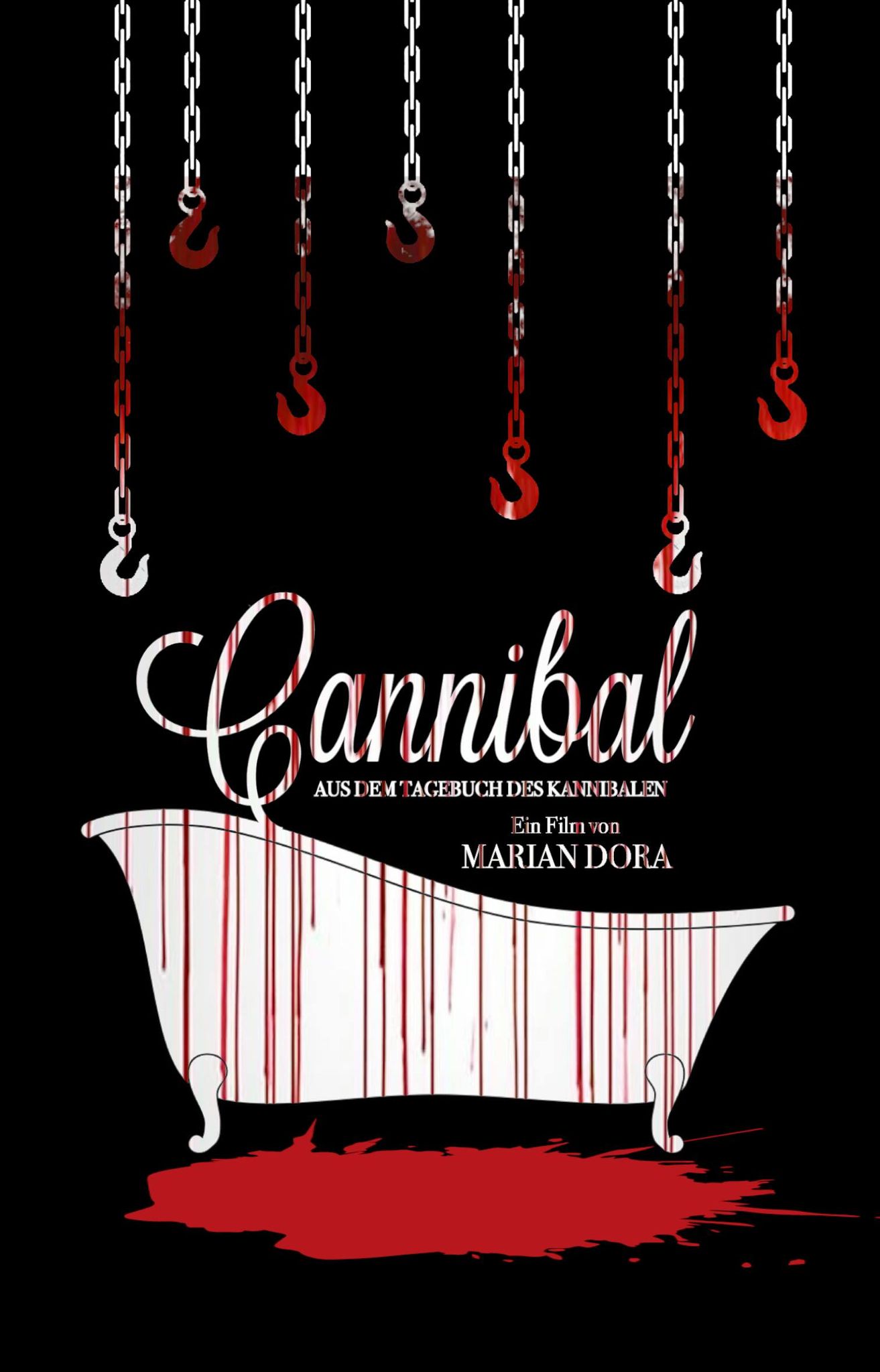 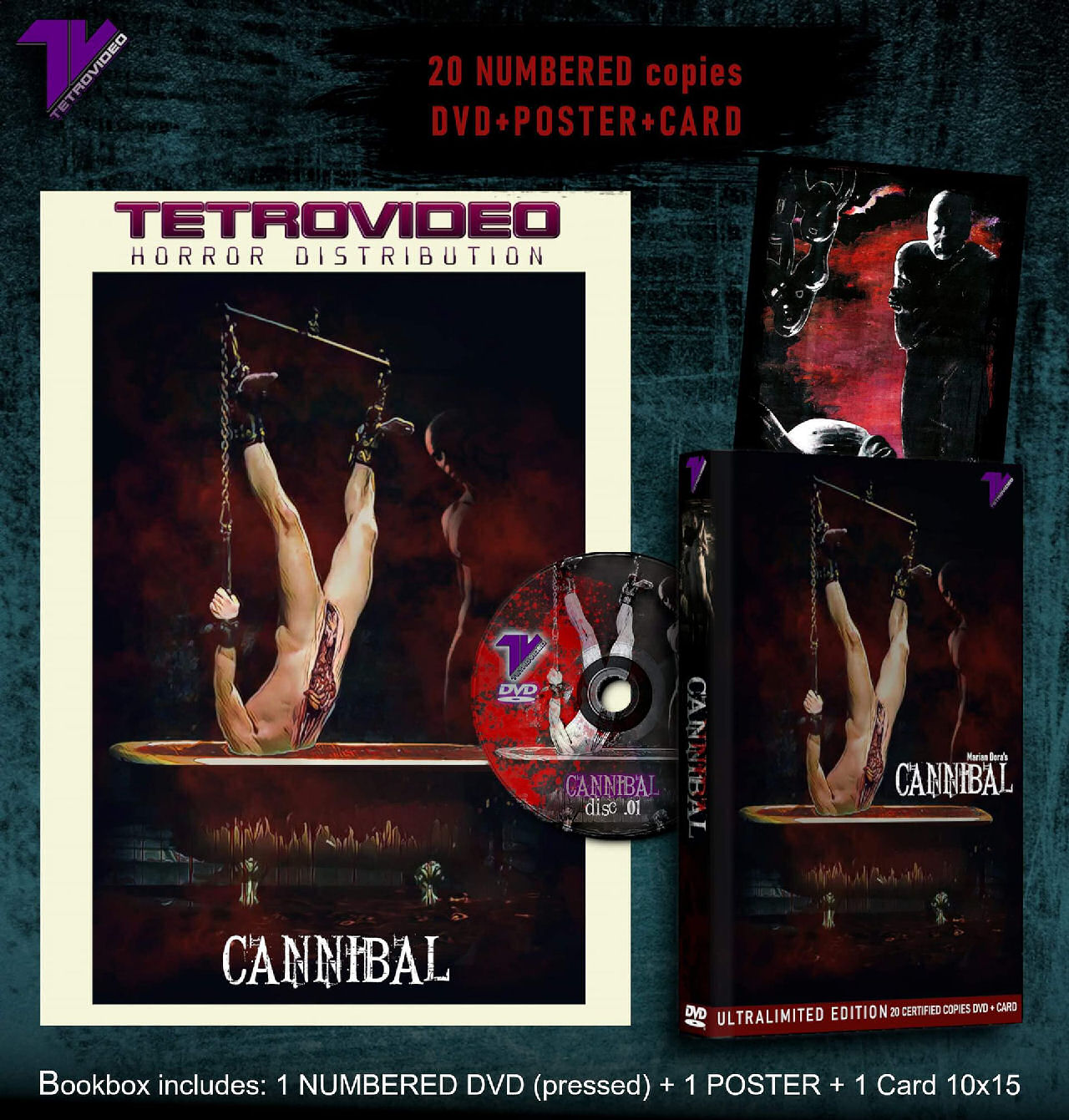 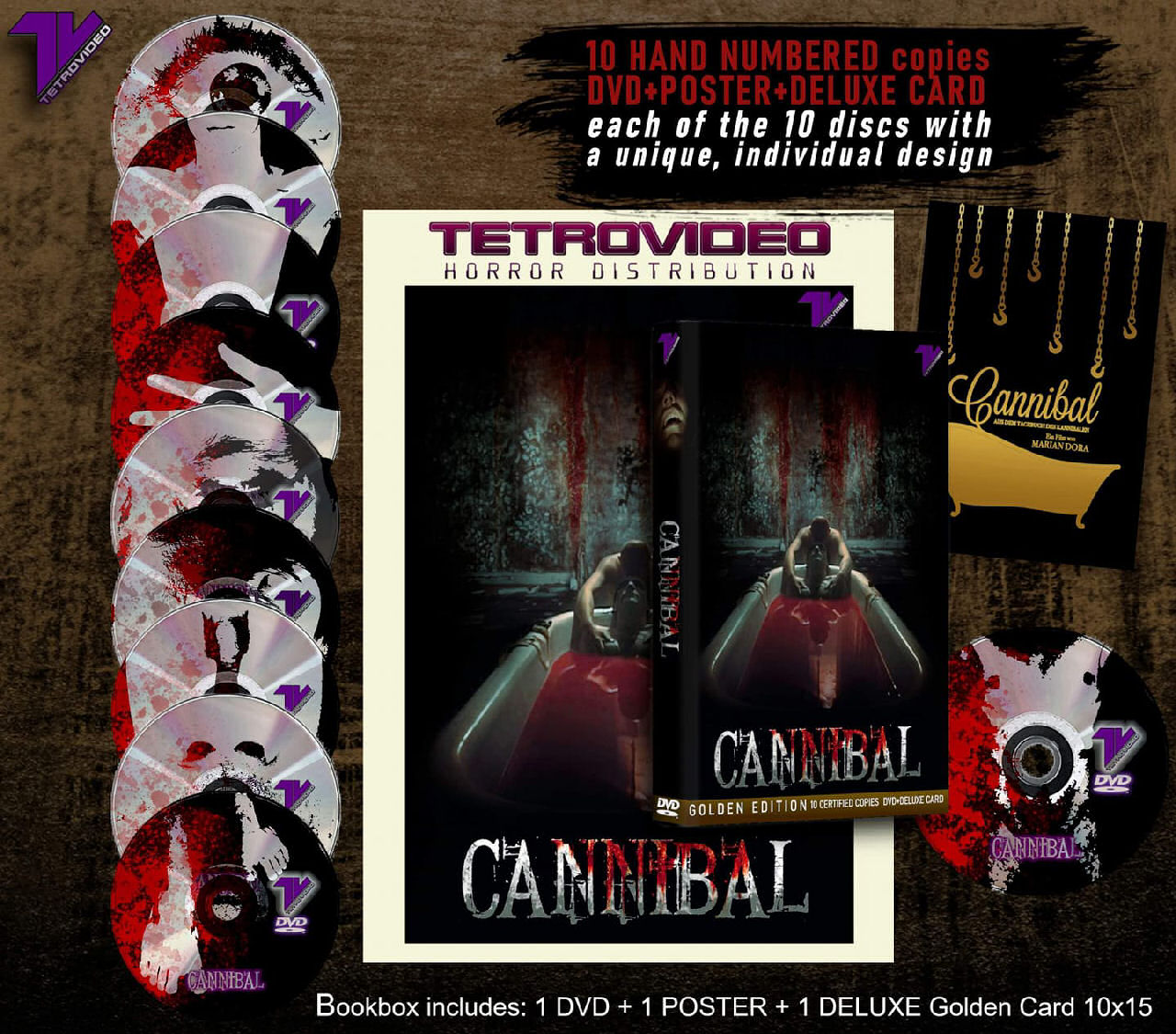