Review: SAINT FRANCES, A Bittersweet Summer of Wit and Heart 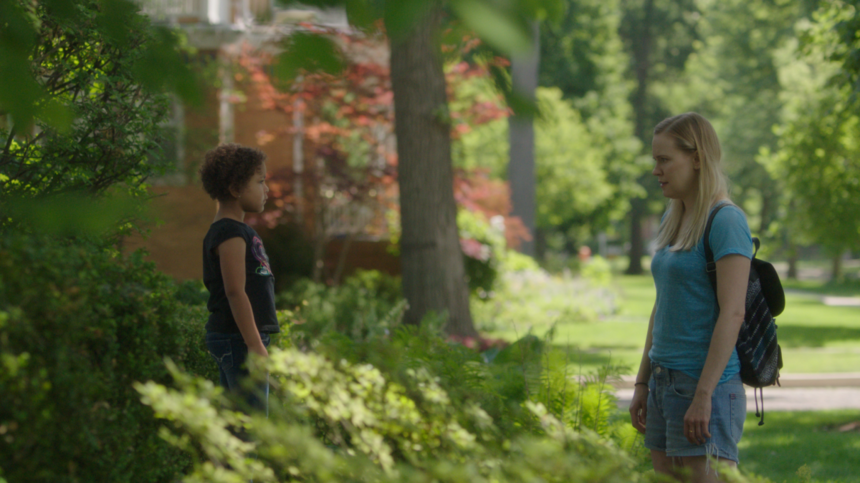 I've long held a pet theory that one of the reasons women (often) aren't fully prepared for menstruation, pregancy, childbirth, and the postpartum time, is because of how messy it is. If we knew (at least about the childbearing and immediate time after), there would be a lot fewer children in the world. Move that to modern times, when we're expected to not only have kids but careers and manage it all in a perfect balance because of all the 'help' we have ... yes, it's all just messy.

Luckily we've had a couple of recent films that deal with abortion (Obvious Child, Never Rarely Sometimes Always). The SXSW 2019 audience award winner, Saint Frances, takes a look at not only abortion, but postpartum depression, non-traditional families, and the pressures on women on achievement in a culture that still doesn't offer the proper care and support. And it does so by reformatting a cliched formula with intelligence and wit, and excelllent performances. Written by and starring Kelly O'Sullivan, directed by Alex Thompson, it's a film the collaboration between cast and crew is evident in its sensitive and witty portraits.

Bridget (O'Sullivan) is 34 and doesn't seem to have achieved much. Still working as a server in her hometown, she's pretty aimless, even if she engages in some fun, casual sex with younger but equally aimless Jace (Max Lipchitz). Casual sex leads to casual dating, which leads to an unwanted pregnancy, which leads to a quick abortion. Meanwhile, Bridget takes a job as a nanny to Frances (Ramona Edith Williams), while her mothers, Annie, continues to work, and the other, Maya, looks after their new infant. Bridget and Frances chafe against each other, but soon find themselves bonding over their shared loneliness and distress at how their lives are changing, or need to be changed.

Saint Frances lays its cards on the table immediately: women get their periods without warning, some guys like to go down on menstruating women, the decision to have an abortion can be quick and easy even if the procedure itself isn't; lesbian couples have many of the same problems straight couples do; depression at mid-life, and postpartum depression, are real and scary to those suffering too often in silence.

Bridget is tired, so tired, of putting up with men ('nice' ones who still manage to be selfish, and ones that are obviously so); she has little experience with or interest in children but needs money and a change to her routine; she doesn't know what she wants, but she's figuring out, at least, what she doesn't. Frances is learning how to exist with her new baby brother, with the prospect of kindergarten looming at the end of the summer, and she too is trying to bridge that divide between babyhood and kidhood. Rather than sink into the cute cliched abyss, O'Sullivan gives us two people who are refreshingly honest, who mess up constantly, who are trying so hard to make things better for the people they love.

It's a testament to the writing and performances that we find such pathos in the small moments, like Bridget keep spotting, badly and yet she keeps forgetting to wear a pad; and that every character has her moment, like Annie near the end of the film, with the pressure of being the breadwinner and not being with her new son, not occuring to her partner; that Ramona is trying so hard to be a good daughter and sister, but she just doesn't know how yet. We think people with money and jobs have it together; we think someone like Bridget just enjoys floating aimlessly through life; but the world expects, especially women, to always at least have the appearance of being out together and responsible, and any slip in that is called out.

O'Sullivan is the soul of the film - in a restless ennui, knowing she wants to do better, but constantly stymied not only by her own demons, but the pressures others place upon her. Williams is the film's heart, also struggling as a child of her age does, and yet completely relatable in that struggle. Their chemistry goes beyond the typical of adult-child bonds to one of mutual, deep understanding and commitment to each other's betterment.

Saint Frances is a fine addition to a new generation of American films that seek to break taboos on subjects too long considered untouchable. With smart writing and terrific performances, its  sharp comedy is an in-road to complex subjects and complicated, all-too-human dilemmas.

Saint Frances will be available on ITunes Canada from November 13th.