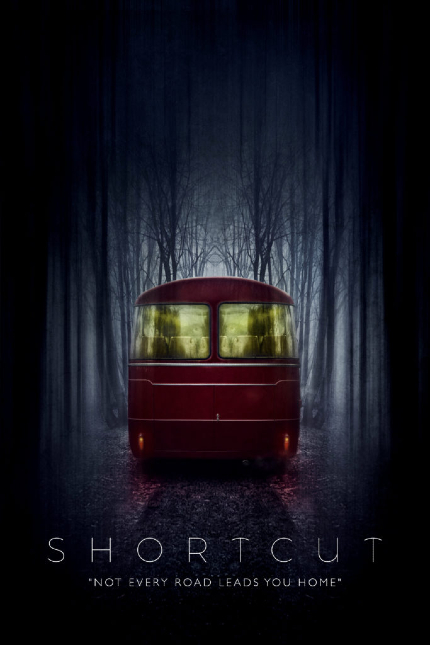 All you need to make a horror thriller is a bus, five kids, and a mysterious creature, according to a new trailer for Shortcut. The title resonates for horror fans, since we all know that taking a shortcut is a *bad* idea that inevitably leads to bad things happening.

Directed by Alessio Liguori, the film hails from Italy and is presented in English, which makes a certain kind of sense for a certain kind of contained, horror adventure. The cast includes Jack Kane, Zak Sutcliffe, Andrei Claude, Sophie Jane Oliver, and Terence Anderson.

It's heading for more than 200 theaters (drive-in and otherwise) in the U.S. on September 25, courtesy of Gravitas Ventures, with a VOD release to follow in December. Here is the official synopsis:

"Shortcut follows a group of five classmates trapped inside their school bus after a mysterious creature invades the road. Every passing minute decreases their survival chances against the constant threats of that unknown entity."

And we have the trailer below.

Do you feel this content is inappropriate or infringes upon your rights? Click here to report it, or see our DMCA policy.
Alessio LiguoriAndrei ClaudeItalyJack KaneZak Sutcliffe