I generally have mixed feelings about literature, or beloved characters from books, that, once it enters the public domain, get repurposed and changed from the what they once were, in order to serve a contemporary public. I might be ready to make an exception for Enola Holmes. While the misanthropic but brilliant detective's name has been places on various films that have little to do with the original character, it's usually done out of love (who doesn't love The Great Mouse Detective?). And I'm certainly always ready for a film that puts girls in the spotlight as smart, engaged, ready and able to fight, and generally ignoring authoritative male voices that seek to put them 'in their place'.

While this is certainly capitalizing on the fame of the star of Stranger Things, there's no denying that Mille Bobbie Brown is a force to be reckoned with on scree. She has easily held her own in the series with a complex character, and this new film really puts her in the spotlight as she gets older and more confident in her performances. And who doesn't love a good mystery, especially when you've got Helena Bonham Carter and Henry Cavill by your side?

England, 1884 – a world on the brink of change. On the morning of her 16th birthday, Enola Holmes (Millie Bobby Brown) wakes to find that her mother (Helena Bonham Carter) has disappeared, leaving behind an odd assortment of gifts but no apparent clue as to where she’s gone or why. After a free-spirited childhood, Enola suddenly finds herself under the care of her brothers Sherlock (Henry Cavill) and Mycroft (Sam Claflin), both set on sending her away to a finishing school for “proper” young ladies. Refusing to follow their wishes, Enola escapes to search for her mother in London. But when her journey finds her entangled in a mystery surrounding a young runaway Lord (Louis Partridge), Enola becomes a super-sleuth in her own right, outwitting her famous brother as she unravels a conspiracy that threatens to set back the course of history. Based on the beloved book series by Nancy Springer, Enola Holmes is a dynamic new mystery-adventure that introduces the world’s greatest detective to his fiercest competition yet: his teenage sister. The game is afoot.

The film is set for release on Netflix on September 23rd, and looks to be enjoyable for young adults and adults alike, especially those of us who love a good mystery. Check out the trailer and some production stills below. 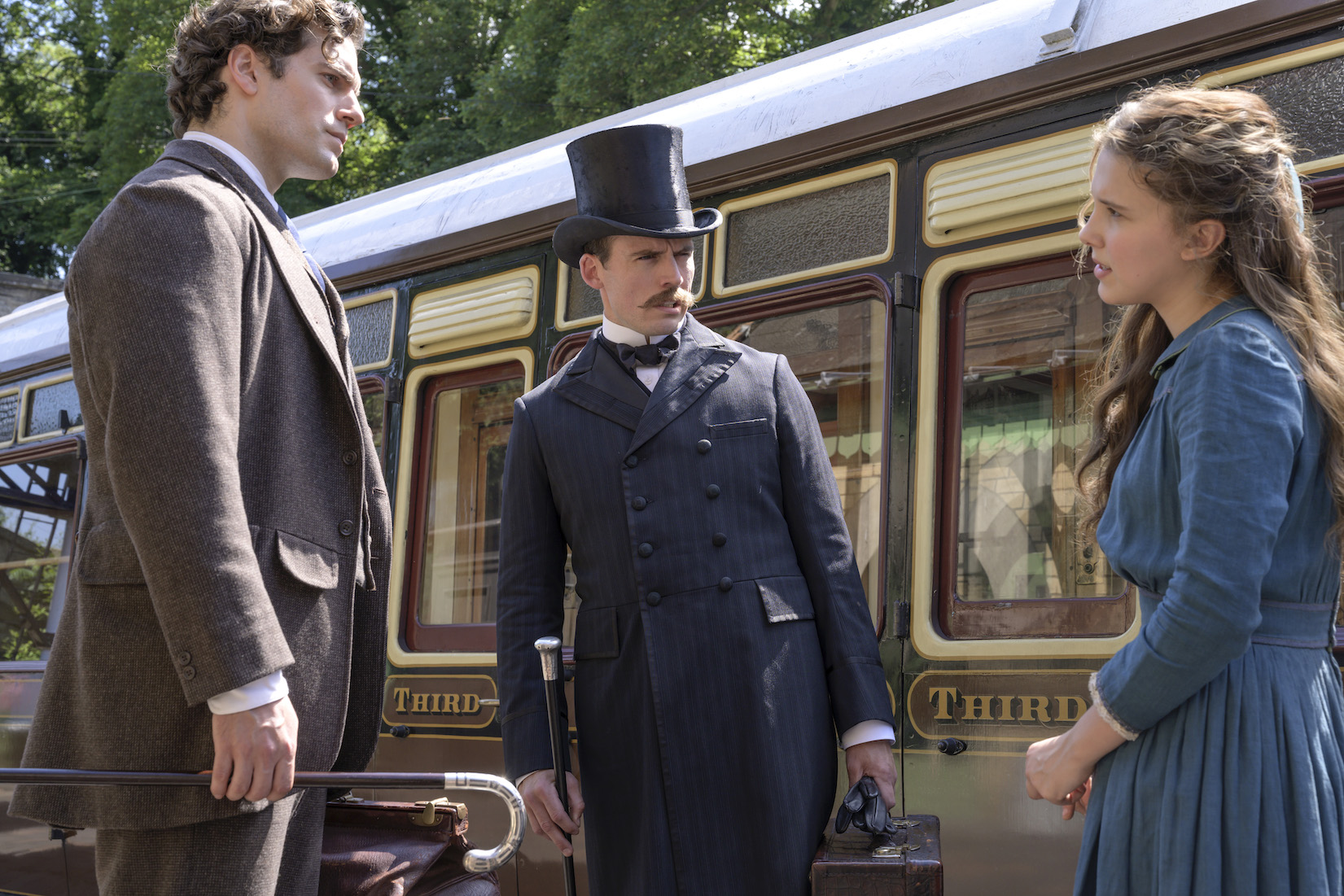 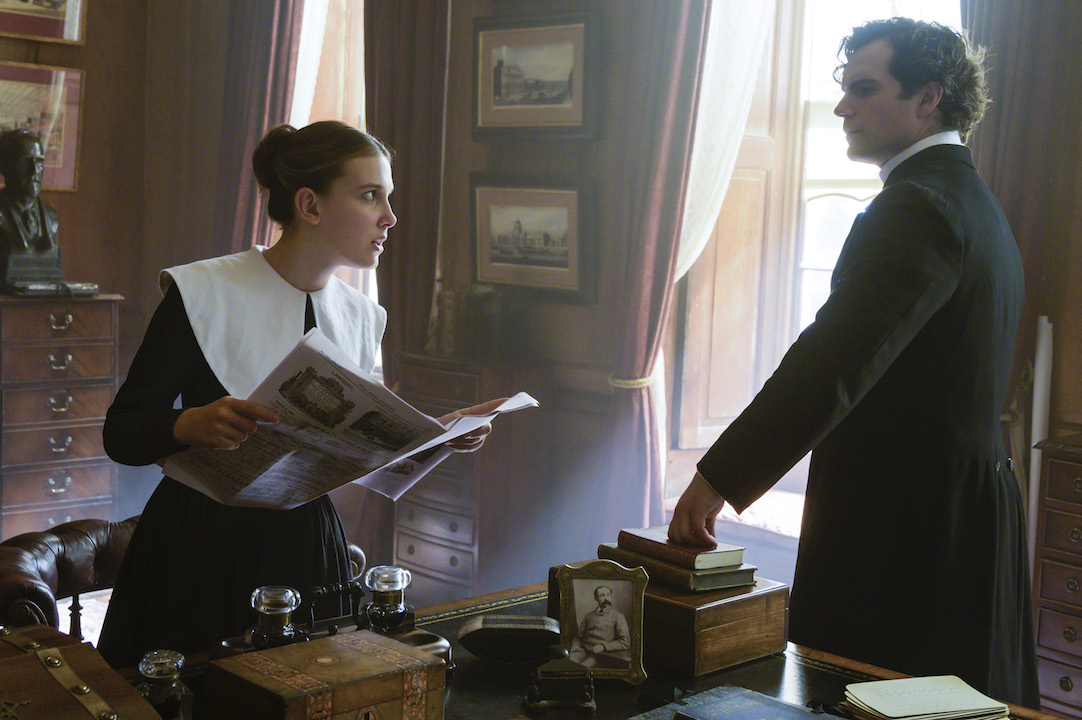 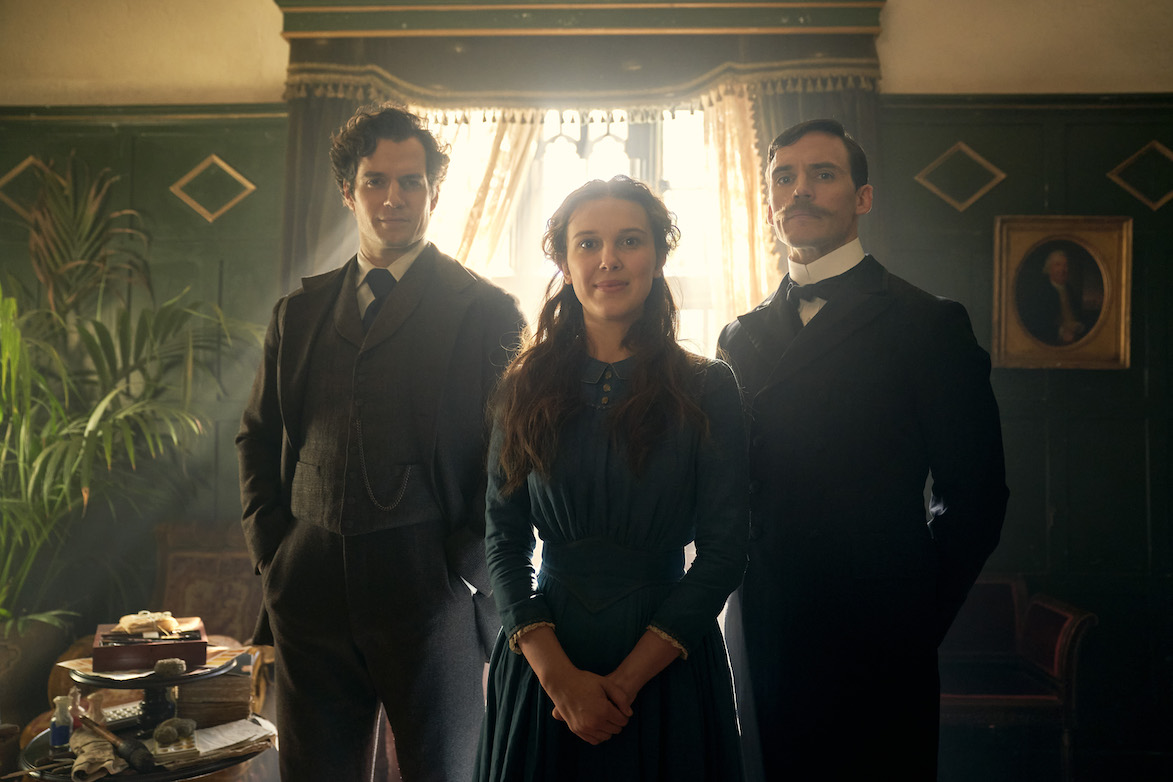 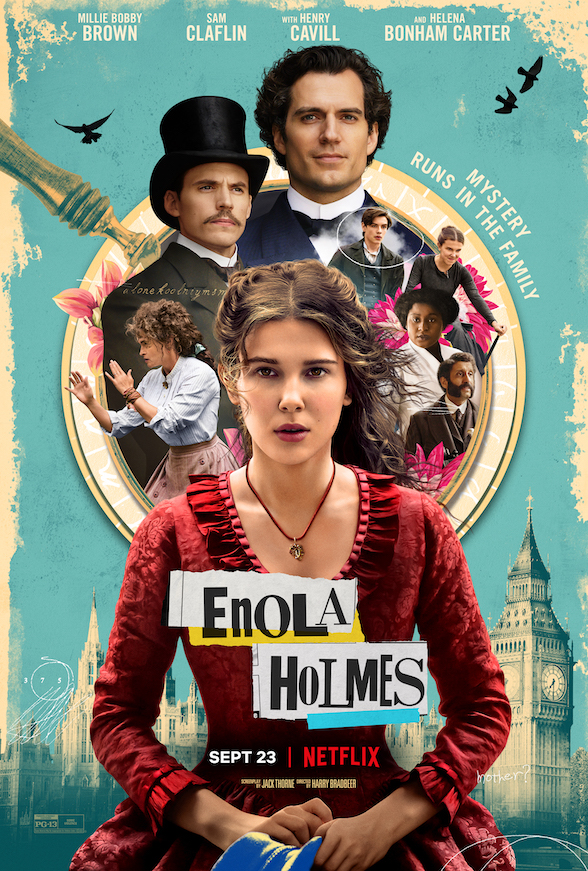