WORST CASE SCENARIO Will Be Made, But There's Also A Best Case Scenario... 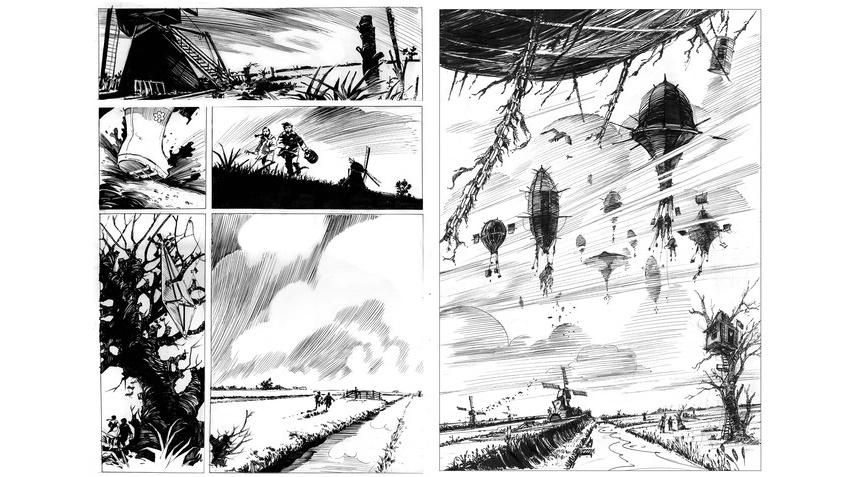 Two months ago, we reported that director Richard Raaphorst (of Frankenstein's Army fame) was trying to revive an earlier abandoned project called Worst Case Scenario, by crowdfunding a graphic novel version of the story. Well, the good news is: that book has been successfully funded as it broke its target within 15 days. On top of that, Richard and his companions have added tons of fun extras you can buy into, from postcards (shown here) to stickers to T-shirts to rather magnificent statues... 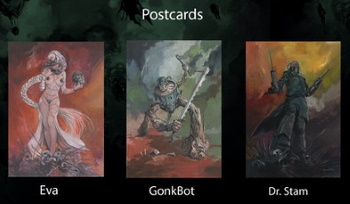 But browsing through their stretch targets, a couple of fun things stand out. Extra pages, for starters, but the last one is laugh-out-loud funny: Richard promises that if someone manages to get the counter up to six million Euro, he'll create the film itself. That's right: if you're a fan of those Worst Case Scenario proof-of-concepts Richard made back in 2005, and you've become a billionnaire since, you can actually still see the film being made if you want to.

Hey, stranger things have happened: Monty Python's Life of Brian would never have been made if ex-Beatle George Harrison hadn't decided to buy himself the most expensive movie ticket of all time.
It will probably not happen: there are only three days left on the counter and just over 18,000 USD have been pledged so far. But check out the graphic novel panels above, and compare them to the proof-of-concept trailer below, and just wonder...