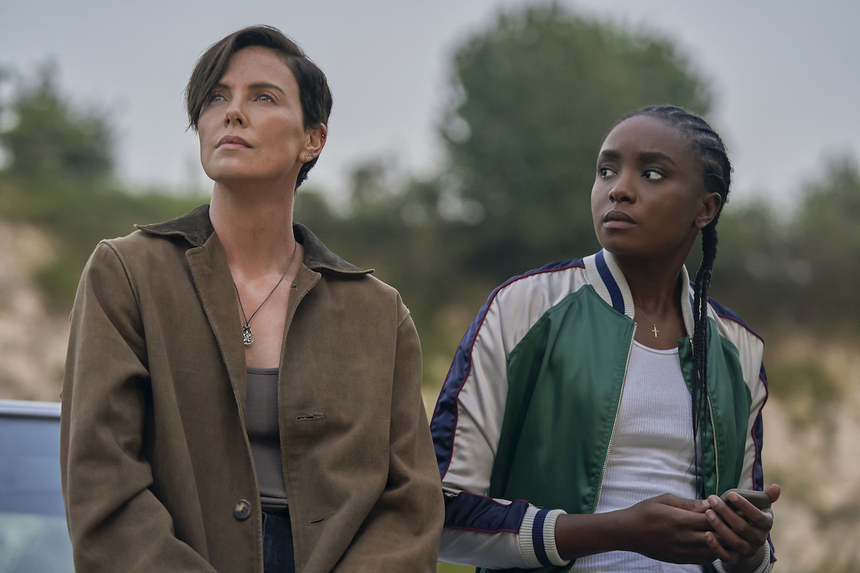 I'll admit it, I'm a bit of a sucker for a couple of things: women at the helm of action films, and stories about supernatural/immortal-type humans or other creatures whose lives revolve around keeping humans and the Earth from harm. For the former, well, who doesn't love some Cynthia Rothrock, or Pam Grier, or Michelle Yeoh, or Angelina Jolie, or Gina Carano kicking ass? As for the latter, whether it be Buffy or Doctor Who, I always want to ask - why? Why are we worth it (especially looking at the world right now)?

So overall I'm pretty excited about The Old Guard. Based on the graphic novel by Greg Rucka, it follows just such a group of immortal (or at least very long-lived) people who might have found themselves in a bit more trouble than they can handle:

Led by a warrior named Andy (Charlize Theron), a covert group of tight-knit mercenaries with a mysterious inability to die have fought to protect the mortal world for centuries. But when the team is recruited to take on an emergency mission and their extraordinary abilities are suddenly exposed, it’s up to Andy and Nile (KiKi Layne), the newest soldier to join their ranks, to help the group eliminate the threat of those who seek to replicate and monetize their power by any means necessary.

The is director Gina Prince-Bythewood's first foray into an action feature (though she has worked on TV shows Cloak & Dagger and Shots Fired). But given her earlier feature work, in films such as Love & Basketball and Beyond the Lights, she is a deft hand with female characters finding their strength; this just looks to take that up several notches. It's nice to see Layne (If Beale Street Could Talk) with a very different but still meaty role, and with a supporting cast that includes Chiwetel Ejiofor and Matthias Schoenaerts, my expectations are high. The film will premiere on Netflix on July 10th, and we've got some stills and a trailer below. More about The Old Guard