THE SHADOW OF VIOLENCE Trailer: The Things That You Do 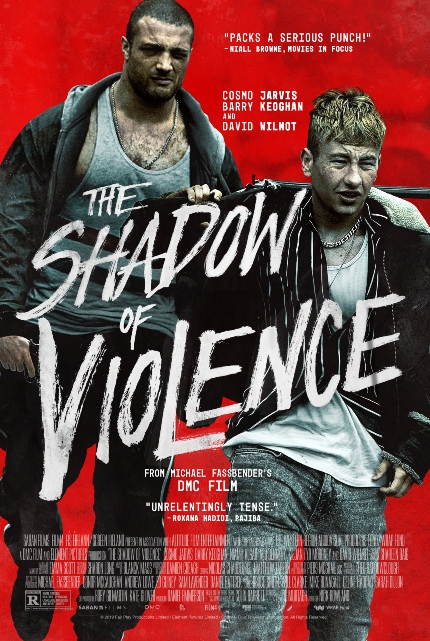 Originally titled Calm With Horses when it premiered at the Toronto International Film Festival in 2019, Nick Rowland's crime drama is now known as The Shadow of Violence, which is, perhaps, a much more direct title, as a new trailer suggests strongly.

"In the dark underbelly of rural Ireland," says the official synopsis, "ex-boxer Douglas 'Arm' Armstrong (Cosmo Jarvis, Hunter Killer) has become a feared enforcer for the drug-dealing Devers family. When his ruthless employers order him to kill for the first time, his loyalties are tested in this powerful thriller costarring Barry Keoghan (Dunkirk) and Ned Dennehy (Peaky Blinders)."

Saban Films has dated The Shadow of Violence for theatrical release "ONLY" on July 31 (?!). The trailer looks dark and bruising; check it out below.

Do you feel this content is inappropriate or infringes upon your rights? Click here to report it, or see our DMCA policy.
Barry KeoghanCosmo JarvisIrelandNed DennehyNiamh AlgarNick RowlandUK

More about The Shadow of Violence