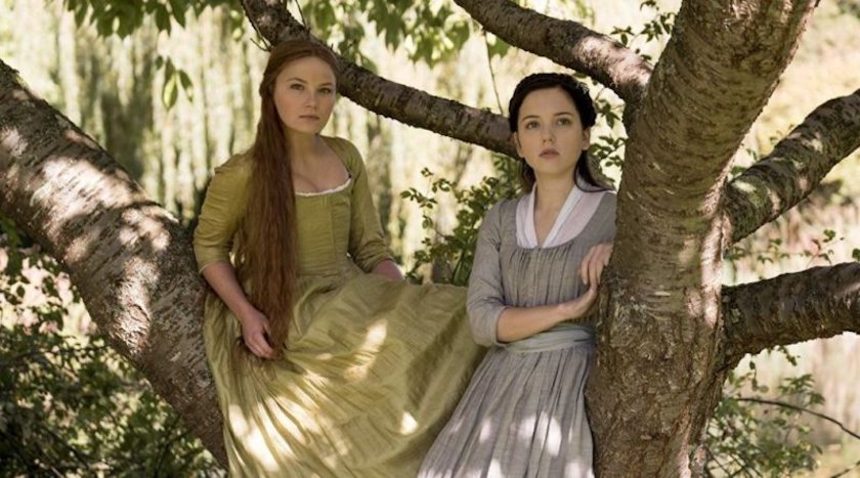 Sheridan Le Fanu’s 1871 vampire-themed novella, Carmilla, arrived in bookstores a quarter of a century before Bram Stoker’s 1897 novel, Dracula, yet it’s Stoker’s work and not Le Fanu’s that has had the greatest, longest-lasting impact on popular culture.

Stoker’s singular creation made the jump from the printed page to the theatrical stage and then to film a short time later. (Though unauthorized, F. W. Murnau’s 1922 adaptation, Nosferatu, further expanded the reach of Stoker’s undead vampire into the dreams and nightmares of the general public.) When it was remembered at all, Le Fanu’s novella was remembered for its daringly norm-breaking central character, a lesbian vampire, an iteration arguably more original and novel than Stoker’s.

But even as Stoker’s creation dominated popular culture for more than a century, Le Fanu’s vampire refused to go quietly into the good night, lingering at the margins, awaiting new, as yet unborn translators and interpreters to bring a new take or spin on Carmilla, from Carl Theodor Dreyer’s Vampyr to Roger Vadim’s Et mourir de pleaser (Blood and Roses) through Roy Ward Baker’s The Vampire Lovers for Hammer Films, among others, and now Emily Harris’ provocative, challenging adaptation, Carmilla, a gothic romance/horror that foregrounds the central romance between Carmilla (Devrim Lingnau) and Lara (Hannah Rae), a young woman living an isolated, lonely existence on a seemingly boundless country estate in late 18th-century England with only her distant father, Mr. Bauer (Greg Wise), the family servant, Margaret (Lorna Gayle), and her strict, authoritarian governess, Miss Fontaine (Jessica Raine), for the equivalent of company.

Harris trains a calculated, precise eye on Lara’s day-to-day experiences, filled with busy-work, but all but devoid of personal meaning. Without an age-appropriate friend or companion, Lara spends her Fontaine-free time in reverie and fantasy, eager for the promised visit of a family friend, Charlotte. When Charlotte, however, falls ill, Lara slips into a despondent state, blaming herself and her overwhelming desire for companionship for Charlotte’s illness.

Raised in an iteration of Christianity that emphasizes sin and punishment, especially where sexual desire is involved, Lara perceives herself practically as a vessel or lure for demons or devils. There’s more than an element of wish-fulfillment in Lara’s desire for a companion and possible lover when the title character all-but-magically appears when her carriage overturns on a road near the family estate.

Almost immediately, Lara becomes besotted with Carmilla, a young woman who introduces herself on her second night as a ghostly visage emerging from the shadows into Lara’s candlelight, claiming she doesn’t remember who she is, where she comes from, or even her own name. She literally hands over her name to Lara who in turn names her Carmilla. But Carmilla isn’t a figment of Lara’s imagination.

She may be everything Lara imagines in a companion and lover, but Lara’s desires give Carmilla what she needs and wants: The life-force she likely needs to survive. Unlike previous adaptations, Harris leaves the question of Carmilla’s real identity unanswered, though Miss Fontaine, the third, eventually excluded member of an unequal triangle, finds enough clues about Carmilla’s non-human nature to justify treating Carmilla as an existential threat to Lara.

When, like Charlotte and several other unnamed girls in a nearby village, Lara becomes mysteriously ill, it’s all the evidence the religiously devout, superstitious, obsessively possessive Miss Fontaine needs to enlist the local doctor in removing Carmilla from their lives. As the third, central character, Miss Fontaine owes much to Henry James’ The Turn of the Screw, the Jack Clayton’s classic 1961 adaptation, The Innocents, and the Miss Giddens (Deborah Kerr) character, a deeply disturbed, sexually repressed governess with an unhealthy, ultimately fatal fixation on her young charges. Here, she functions as a warning to Lara about repression and oppression and as a threat to Lara and Carmilla’s illicit relationship. As a lone, single woman without means or connection, the Carmilla in Harris’ adaptation represents a threat to the patriarchal social order and Miss Fontaine as the conscious, self-aware tool of that order.

Carmilla might look and sound like gothic horror, but in Harris’s hands, it’s more romance than horror. Even when Carmilla turns towards the violence necessary to restore the patriarchy, Harris turns her camera away, leaving the combination of offscreen sound and a brief, revelatory shot to tell viewers everything they need or want to know about the outcome, thus ending a short-lived escape in daylight (if Carmilla is, in fact, a vampire, she doesn’t follow all of the rules of vampirism), removing the threat and restoring the order, but in Harris’ hands, Lara’s encounter with Carmilla leaves an indelible mark.

The film is available to watch via various Virtual Cinemas as of  Friday, July 17, 2020. Visit the official Film Movement site for more information.

Do you feel this content is inappropriate or infringes upon your rights? Click here to report it, or see our DMCA policy.
Emily HarrisGreg WiseJessica RaineTobias MenziesUK