Bao Nguyen's documentary explores the life and philosophy of the martial arts star who was so much more than that. 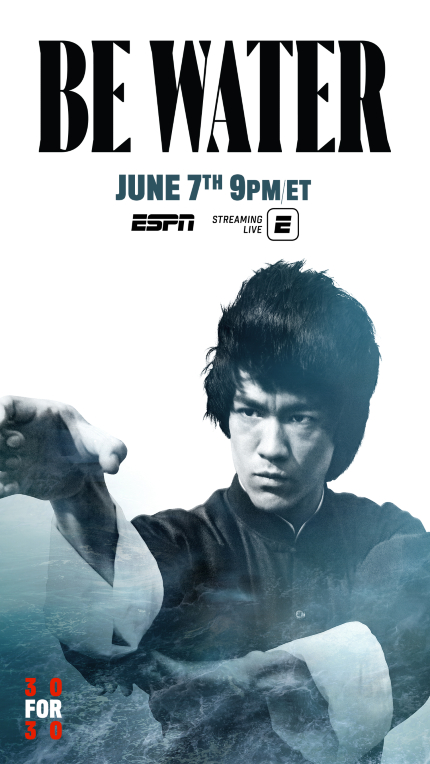 Does anyone really need another telling of the Bruce Lee story? Yes, yes, and yes.

Be Water
The film enjoyed its world premiere at the Sundance Film Festival in January 2020. It will debut on ESPN on Sunday, June 7, and thereafter will be available to stream on ESPN+.

Dynamic in the extreme, the first few minutes of a new documentary immediately remind everyone why Bruce Lee captivated the world.

So, yes, please forget that a fictionalized version of Lee appeared in Quentin Tarantino's Once Upon a Time ... in Hollywood (2019) as a whitewashed figure out of a white man's delusional fantasy. And now, please forget that I mentioned it, yet it points to the signature issue that bedeviled Bruce Lee's career in Hollywood: white men in positions of power could not imagine that an Asian man would ever appeal to white mainstream Americans.

Directed by Bao Nguyen, Be Water satisfies the palette by first tasting of Bruce Lee's immensely successful starring roles in Hong Kong before whirling back to tell his life story in its entirety. Nguyen provides the context required for greater understanding of Lee's proper place in culture and in history, touching on his family background first and then illuminating his youth as an American-born Chinese whose parents moved the family back to Hong Kong in the 1940s, where he took flight as a child actor turning budding cinematic star.

Returning to the U.S. at the age of 18, Bruce Lee experienced a wide range of attitudes and discriminatory practices before he made his mark as a young man with a broad mind and an independent spirit as a martial arts instructor. Filled with an incredible array of photographs and short film snippets, Be Water moves steadily forward, guided by a large variety of audio interviews that tell Bruce Lee's story from the viewpoint of the interviewees.

The film features the authorized participation of Bruce Lee's family as primary sources, as well as a number of friends, associates, filmmaking collaborators, and students, including Kareem Abdul-Jabbar, who was both a student and, later, a costar. What really makes Be Water a riveting watch is the combination of elements that Bao Nguyen balances with a sure hand.

During a running time that covers all the basics, the film conveys a true sense of the time period in which Bruce Lee lived, and the reasons why he has had such a lasting impact, while also noting the biases and discrimination that were rampant then, and are not much better now.

As a film fan who grew up watching Bruce Lee on the short-lived broadcast TV series The Green Hornet before hearing from my young friends about his 'cool action movies where he beats everybody up' and then his untimely demise, it's difficult to envision a world in which he did not exert a major influence upon a flock of actors and filmmakers who have starred in or made genre films that I love.

If you've ever wondered why 'Bruce Lee Forever' should be a thing, or just need a compelling reminder why the man and his movies deserve respectful attention, Be Water is here to explain and illuminate.

Summing up: Absorbing, entertaining, and inspiring.

For more information about the film, visit the ESPN. Photo credit below: Bruce Lee Family Archive. 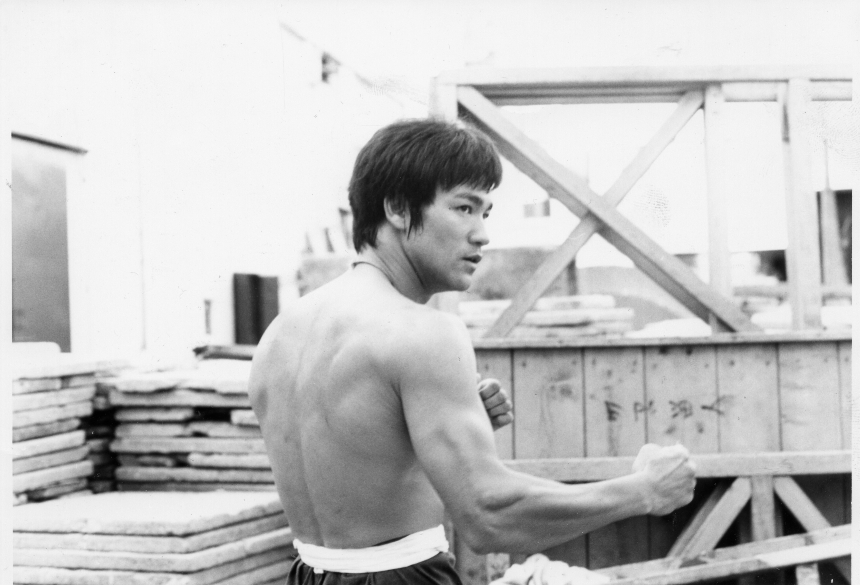 More about Be Water