Professor Dario Bava's Occult Activity Book (and Spirit Board!) Begs For Its Own Destruction 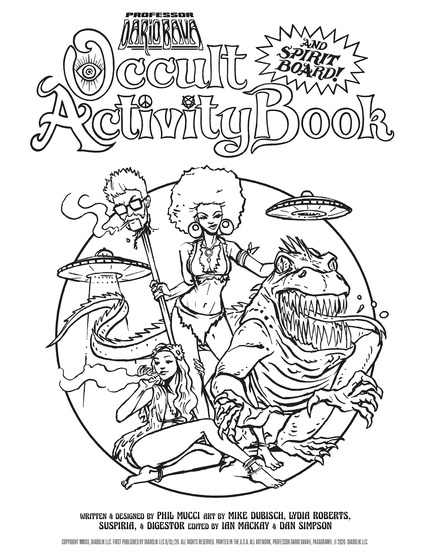 Now funding on Indiegogo, the return of Professor Dario Bava, paranormal playboy, in the book The Man doesn't want you to color! All new coloring adventures by the team that brought you the Professor's first graphic novel, Murder Vibes From The Monster Dimension, including over a dozen new pieces by Murder Vibes maestro Mike Dubisch. Written and designed by PDB creator Phil Mucci, Occult Activity Book (and Spirit Board!)* comes equipped with the official Professor Dario Bava Spirit Board, which can only be summoned by sacrificing the book itself. Because of course.

PDB: Occult Activity Book (and Spirit Board!) from Phil Mucci on Vimeo.

Do you feel this content is inappropriate or infringes upon your rights? Click here to report it, or see our DMCA policy.
adult coloring bookcreator owned comicindie comicMike DubischPhil Mucciprofessor dario bava