The original film saw Bennett playing John Gold, a man with a past who finds himself forced to fight to avenge the death of his family. The film had a worldwide release including a limited theatrical run in North America courtesy of Saban Films, and this month sees the North American release of its sequel I Am Vengeance: Retaliation before it hits the UK in mid July and the rest of the world to follow.

We caught up with director Ross Boyask to get his thoughts on the sequel and what we have to look forward to;

ScreenAnarchy: Ross, give me the quick pitch for I AM VENGEANCE: RETALIATION - what's it about, who's in it, and why should we watch it? Are you a big fan of the 'Men on a Mission' kind of movie?

Ross Boyask: I Am Vengeance: Retaliation is the action-packed sequel to I Am Vengeance. Stu Bennett returns in the role of John Gold, who is given the opportunity to bring the man who betrayed his military unit and caused most of their deaths to justice.

Mark Griffin also returns in the role of Frost, Gold's old handler who sends him on the mission, and Vinnie Jones plays Sean Teague, the man who betrayed Gold five years ago and is now a ruthless mercenary for hire.

The film also stars some amazing action performers, including Jean-Paul Ly (Jailbreak, Nightshooters), Katrina Durden (Doctor Strange, The Take Down), Phoebe Robinson-Galvin (Wonder Woman), Laurent Plancel (Jailbreak, The Take Down), Lee Charles (Gangs of London, Avengement) and Greg Burridge (Avengement, Rise of the Footsoldier II), as well as a blend of established and up-and-coming UK talent, such as David Schaal (The Inbetweeners, The Strain), Jessica-Jane Stafford (Dragon Kingdom, The Real Hustle), Joe Egan (Once Upon A Time In London,), Sam Benjamin (The War of the Worlds, Doctor Who), Jacob Anderton (13 Graves, Dark Angel) and Bentley Kalu (Judy, Stan & Ollie).

As for being a fan of 'Men on a Mission' movies, to paraphrase True Romance: Always have been. Always will be. Whether it's revenge thrillers like Point Blank, Fear Is The Key, Get Carter or Taken, or team movies like The Dirty Dozen, I've always found films like that thrilling.

How does it feel to be returning to the director's chair for your first sequel, you got a bigger budget to play with, a much bigger cast in size and names, returning leading man Stu Bennett, rising star Jean-Paul Ly, fight maestro Tim Man and only Vinnie Jones as the villain.

Approaching the shoot for the sequel was a slightly different proposition from the first film for a number of reasons. I'd already been through the whole process with the producers John and Diane, my partners at Evolutionary Films, and a number of the heads of department were also returning as well as Stu Bennett and Mark Griffin, so there was already a familiarity with a significant number of people on the production. We also welcomed in new crew and of course many new cast members and the whole team really did fit together beautifully. I was very excited to be working with Tim Man as I'm a big fan of his work, and we had a terrific working relationship on the shoot. Casting Vinnie Jones was a fantastic touch because we really needed a villain who could match up to Stu onscreen physically, but who could also have a commanding presence as the character, and Vinnie pulled that off with aplomb.

The first film was a solid action thriller and I felt it gave people the first chance to really see what Stu Bennett could do as an actor and not just a big guy hitting people, and his performance action and acting wise has stepped up for the sequel. How would you describe working with Bennett and how far do you think he could take it with the acting?

I love working with Stu. I was struck by how much he's changed physically between the first film and the sequel. He's really "grown into his look" and looks like a true action star. He's still so humble and down to earth but also really talented as an actor and a physical performer. The sequel gave us an opportunity to show more of John Gold's character. He's a total bad-ass, but also he has moments of charm and humour. I think Stu could go all the way as an actor, not just in genre films.

You've surrounded Bennett with a team of actors and fighters on both sides of the law, including rising star Jean-Paul Ly, there's a cameo by Lee Charles and you got that tattooed wild man Greg Burridge in on the action too. Was the idea of a team movie something you felt would be a good support for Stu as a leading man, and also allow you to have a wider cast to play with?

One of the goals of the sequel was to make it a different type of film from the first one, which was a fairly straight-forward, action-packed revenge thriller. The idea was very much to make a "team movie" with Stu as the lead. One of my favourite aspects of the script is that John Gold starts the story in his one-man-army mode, but throughout the film, because he joins up with Lynch (Phoebe Robinson-Galvin) and Shapiro (Sam Benjamin) he starts to loosen up. Also, in Gold's scenes with Sean Teague (Vinnie Jones) we find out more about who Gold was in the past, and his relationship with Teague.

Another area you got to explore further this time round was the action, both of the high octane kind and of course the fight action. Who handled the SFX and Armoury for the movie, and how did you get fight choreographer Tim Man, the man behind the fight action of TRIPLE THREAT, ACCIDENT MAN and NINJA: SHADOW OF A TEAR involved?

We were fortunate enough to film nearly the whole movie at an airfield called Bentwaters Parks in Suffolk, which afforded us extraordinary locations such as aircraft hangars and bunkers, as well as a Great Escape-like wire fenced area and our production design team headed up by Paul Burns really brought them all to life.

We also had a superb SFX and Armoury team - Armoury FX Ltd, who brought us some amazing weapons for our characters to use, and also trained our actors where needed. While we inevitably have to add some cgi muzzle flashes in post-production, we really prefer to use live-firing blanks onscreen wherever possible.

Working with Tim Man was a dream come true. We had some conversations before the shoot, primarily about how many fight scenes are in the film - there are a lot...

Tim swiftly worked with his team and created pre-viz sequences for most of the fights before we started shooting, and myself and our director of photography Simon Rowling could refer to them when filming. Tim is extremely creative and collaborative, and it was a pleasure to watch him working with the actors with such care and attention to detail. I only wish we'd all had more time.

Vinnie Jones plays your villain, the former partner turned adversary for John Gold. I felt you got a performance out of him that's been lacking in a lot of his recent work. How did Vinnie get involved with the film, and how did you find working with him?

It was an absolute touch that we were able to cast Vinnie Jones to play Teague. He brought a lot to the character that wasn't on the page and one of my favourite experiences on the shoot was watching the first take, then seeing Vinnie processing how that had gone and then making adjustments to his performance in the next take. He was always elevating the material as well as stripping his dialogue back where needed. Vinnie was great in the action scenes too and paid close attention to the choreography.

It's very much your most polished project to date, how would you describe your progress over the years as a director, and what were the three biggest challenges you faced making this movie, and the best things about making this film?

What I've tried to do with each project along the way is deliver a final product that hopefully the audience will enjoy, so I hope I've managed to do that. My other aim has always been to somehow go bigger and better each time, with varying degrees of success. I think it helps that I'm pretty much the audience for the films I make, so hopefully I'm catering to them. I've been fortunate to have the producers John Adams and Diane Shorthouse supporting me on the Vengeance franchise, as well as spearheading the sales and distribution for the films.

The three biggest challenges on making the sequel were pretty much all time-related. You're always chasing the clock from the moment you start filming each day, so unfortunately there were a few things here and there that we didn't manage to capture. The most challenging day was actually the final day of filming in Essex where the first thing that happened was that our B-Camera immediately stopped working which unfortunately slowed the day down and we had to cut some bits out. But the cast and crew really worked their butts off and we delivered as much as possible.

Now the first film has been released around the world, including through Saban and LionsGate in North America, has the Covid-19 situation affected release plans for the second film?

We were delighted that Saban Films came on board as executive producers for the sequel. We really appreciate how much faith they must have in the franchise. They even flew me over to LA to record the audio commentary with Stu as well some on-camera interviews. Lockdown has changed the way that some films are being released, at least for the time being. We'll very much be concentrating on the home entertainment aspect, but at least we'll have a captive, hopefully willing, audience.

You are not only a director but also someone who sells film and TV shows yourself as one of the founders of Evolutionary Films. Do you think Covid-19 has changed the way films will be released? I have spoken to some other distributors and sales agents, who feel that the new multiple streaming platforms etc are almost a new lease on life, like VHS was back in the day ... there's now more of a market for films that don't necessarily have to be seen on the BIG BIG screen...

I can see that the way some films are released have already changed, and some of these changes may well be here to stay. I have some hope that we can soon go back to enjoying films in the cinema though. Nothing beats that experience for me

Any plans for a third VENGEANCE? I like the idea of John Gold heading East in search of action, adventure and some coco pies?

There are currently two totally different screenplays in development for a third film in the Vengeance franchise, and both of them have a more international feel, so let's see where it goes...

I Am Vengeance: Retaliation is released in North America by Saban Films this week, with a UK release set to follow in Mid-July by Evolutionary Films with its international roll out to follow. 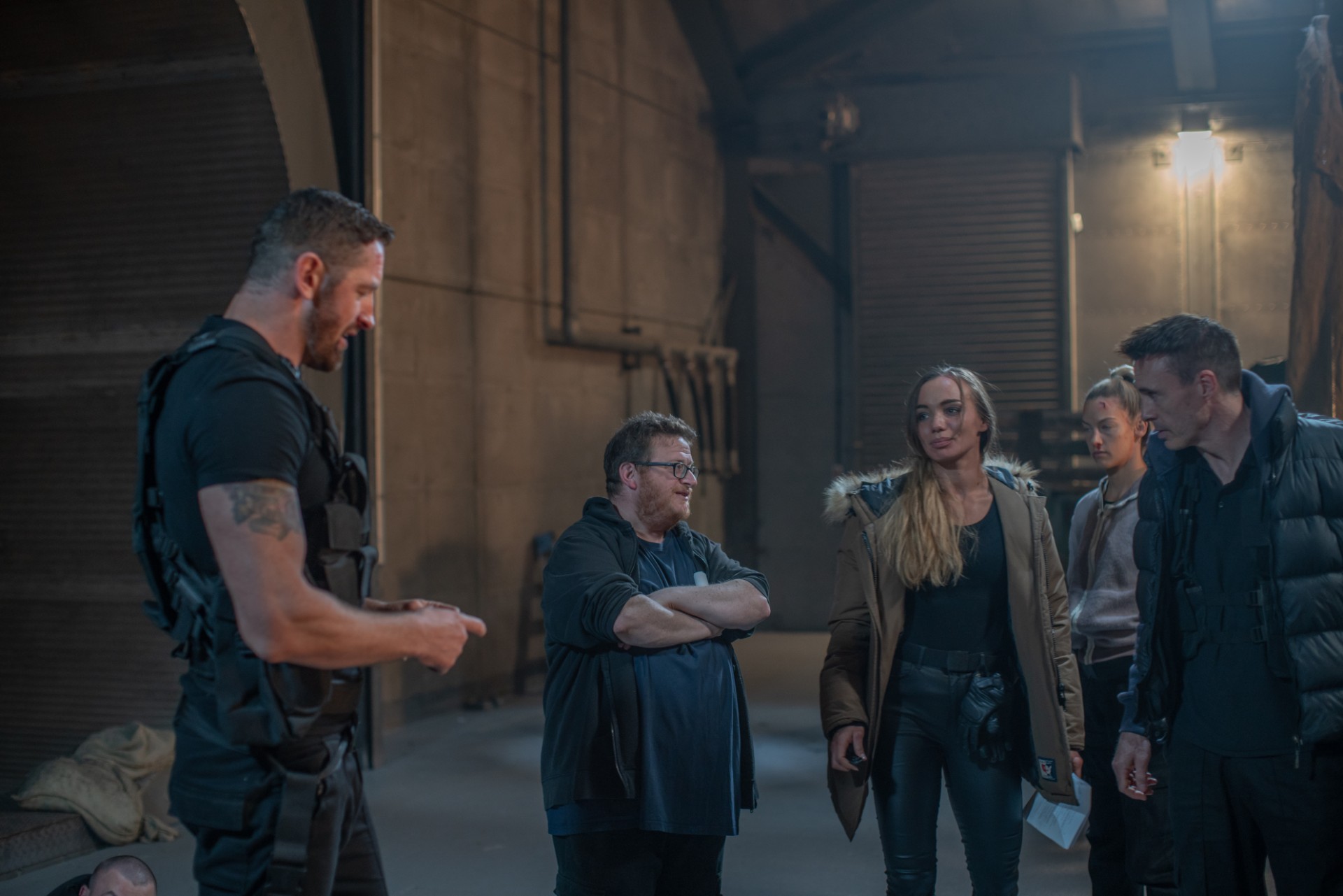 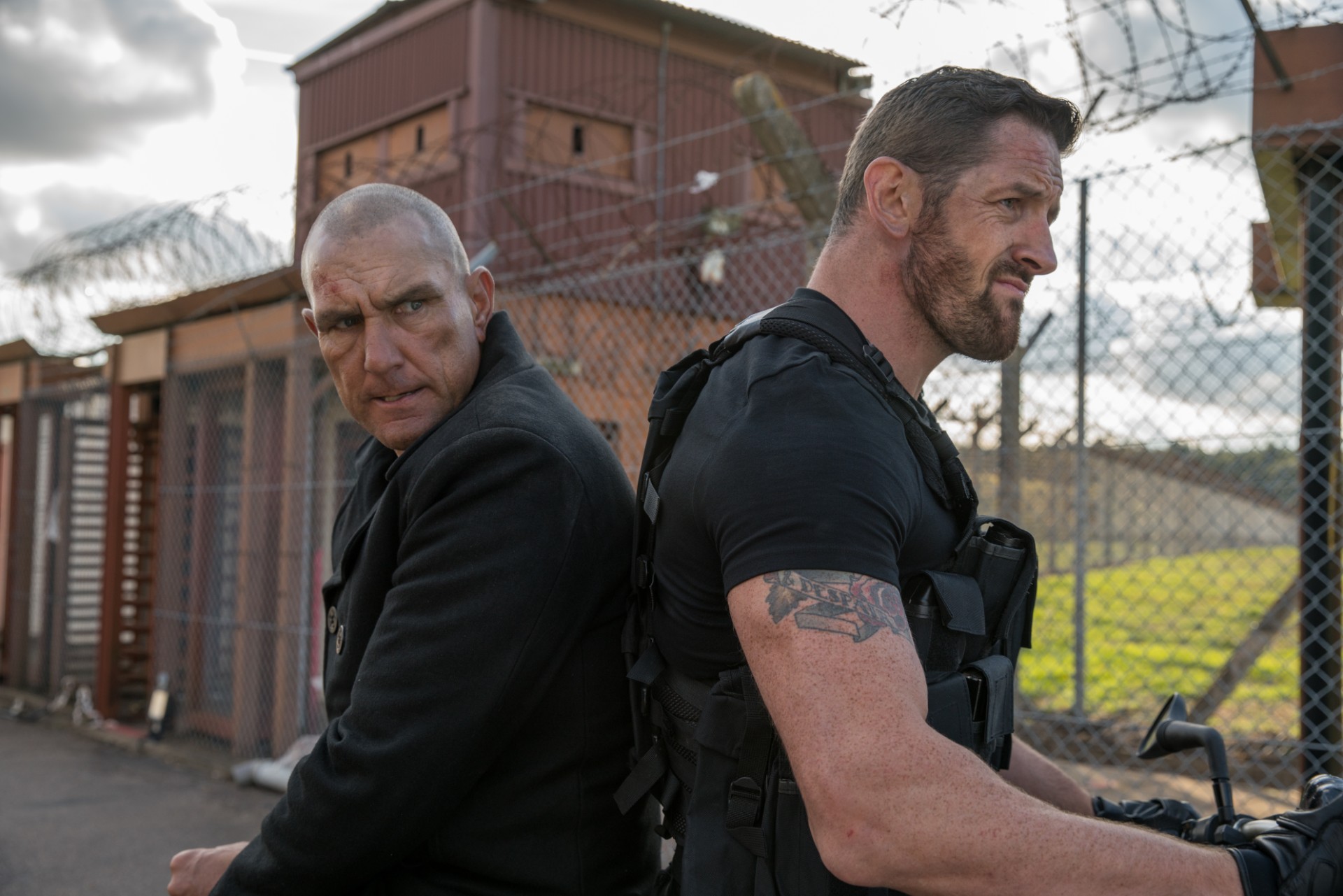 Do you feel this content is inappropriate or infringes upon your rights? Click here to report it, or see our DMCA policy.
Ross BoyaskStu BennettUKVinnie Jones