THE PERFECT NANNY Looks More Dangerous Than Its Title Might Suggest 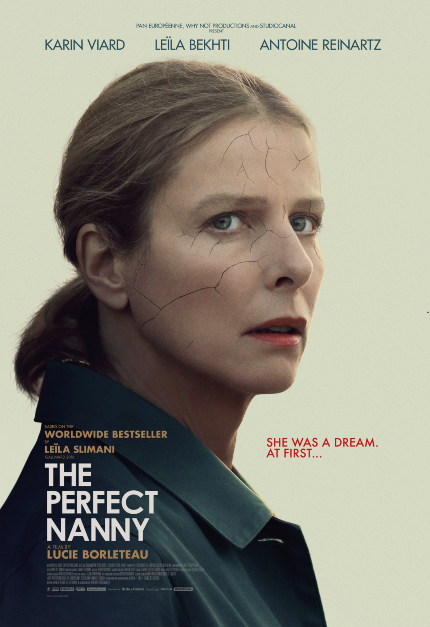 Director Borleteau (Fidelio : Alice' Journey) has fashioned a thriller that looks to be far more complex than a silly American -- like me -- might think. Also, it's apparently inspired by a true story (?!). Here's the official synopsis in full:

"Myriam (Leïla Bekhti) and Paul (Antoine Reinartz), are your typical pair of bourgeois Parisian parents of two young children, toddler Adam, and 5-year-old Mila, who are taking up all of Myriam's time. When Myriam decides to go back to work despite her husband's initial reluctance, the couple starts looking for a nanny. After a very selective process, they finally find the perfect candidate, Louise, a poised 40-year old woman who is an instant hit with both kids and parents. The couple soon learns, however, that appearances can be deceiving.

"Adapted from the eponymous novel by Leïla Slimani, winner of the Goncourt prize and based on a true story that took place in Manhattan in 2012, The Perfect Nanny, propelled by actress Karin Viard, who masterfully embodies the role of a disturbed nanny whose mask of perfection gradually cracks to reveal something far darker underneath."

From Distrib Films, The Perfect Nanny is heading to DVD via Icarus Films on June 23, 2020.

Do you feel this content is inappropriate or infringes upon your rights? Click here to report it, or see our DMCA policy.
Antoine ReinartzDistrib FilmsFranceIcarus FilmsLeïla BekhtiLucie Borleteau

Blood Window 2020: Our Toughts on The LAB Projects