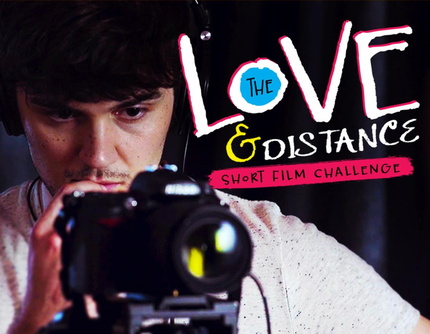 Queer streaming service, Dekkoo, recently held a contest for short films created in and inspired by the current pandemic quarantine in which millions of people find themselves around the world. A streaming servicecatering primarily to the gay male audience, Dekkoo presents original and episodic content for an underserved audience.

Dekkoo's Love & Distance short film contest had a few stipulations, films needed to use the quarantine as a main thematic focal point and be under five minutes in length. The winner, Marco De Luca's Two Meters Apart nailed both of those criteria and won the jury prize as well as $2,500 cash and a commission for an original short film produced by the service. An additional four films won audience awards of $1,000 each. Here are the details, and congratulations to all of the winners!

Philadelphia, PA--In this time of global hardship, Dekkoo has committed to giving back and inspiring creativity.  After launching a call to action with a Love and Distance short film competition, Dekkoo has announced six winners for their cash prizes.

"We were thrilled by the quality, quantity and diversity of the films submitted. We are honored to share each with our subscribers and continue to be inspired by the creativity of Queer filmmakers around the globe."-- Brian Sokel, Dekkoo President.

Adam has just met Tom and is in love but the sudden lockdown due to the Coronavirus pandemic keeps them apart at a crucial moment in their relationship. Can their love survive the separation? 'Two Meters Apart' was selected as the Grand Prize winner in Dekkoo's 'Love & Distance' Short Film Contest.

"We are thrilled to have won the Jury prize! In these difficult times the power of the creative arts, to inspire and uplift and reflect, is brought into sharp relief. We want to thank Dekkoo for giving independent filmmakers this opportunity." -- Marco De Luca

Marco De Luca is a UK-based Italian filmmaker.  Since studying filmmaking in Denmark, Marco has explored different aspects of visual arts through painting and photography.

'Without Touch' by James Patrick Nelson:

'What to Expect When You Are Expecting' by Colin Sheehan:

'The Meeting' by Mariano Rodriguez Ingold:

Additionally, due to the strong quality of submissions, Dekkoo has awarded an Honorable Mention Prize of $500.

'I Miss You, I Miss London' by Jess Darnell: