Allison Tolman and Clancy Brown star in the sci-fi series, now streaming on Hulu, though just cancelled by ABC. 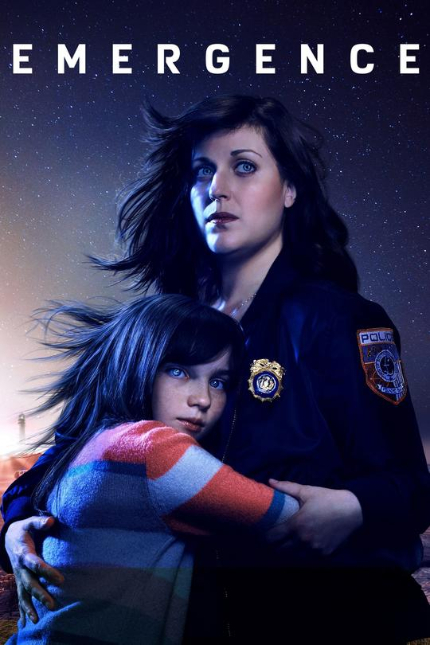 Yesterday, I finally finished watching Emergence, a sci-fi series created by Michele Fazekas and Tara Butters for U.S. broadcast television network ABC, only to learn shortly thereafter that it had been cancelled, which is a bummer.

Emergence
All 13 episodes can now be streamed on Hulu.

Directed by Paul McGuigan, who first came of note directing features like Gangster No. 1 (2000) and Lucky Number Slevin (2006), the pilot episode set up an intriguing premise, following Long Island police chief Jo Evans as she investigates the sole survivor of a plane crash, a young girl who is apparently suffering from amnesia.

The show began airing in late September 2019 and immediately caught my eye, not only with the premise, which quickly began encompassing strange powers, the science of technology, and the possibility of aliens, but also due to the cast of likable characters, revolving around Chief Evans, portrayed by Allison Tolman (Fargo), and her family, including her father, embodied by Clancy Brown.

The relaxed chemistry between Tolman and Brown is reminiscent of the chemistry between Tolman and Keith Carradine, who played her father in Fargo, but creators Fazekas and Butters here surround Tolman with an entire family, including her ex-husband (Donald Faison) and adolescent daughter (Ashley Aufderheide), as well as her loyal second-in-command, police officer Chris (Robert Bailey Jr.) and supportive best friend Abby (Zabryna Guevara), a doctor.

The diverse family, whose diversity is never commented upon, embraces the apparent orphan girl, who takes the name Piper (Alexa Swinton) and do their best to support Chief Evans and Piper as the mystery begins to unravel, revealing greater mysteries that are all threaded together. These involve other characters, including a likable journalist (Owain Yeoman), a ruthless billionaire (Terry O'Queen), a distracted researcher (Maria Dizzia), and a diligent FBI agent (Enver Gjokaj), and another scientist (Rowena King).

Creators Fazekas and Butters share much experience in writing for broadcast television, so they are well-versed in the rhythms required to keep viewers tuned in during frequent commercial interruptions. Yet they and their collaborators do a great job of maintaining an enjoyable balance between the overall narrative drive required to drive the story forward over 13 episodes that aired over a period of several months, while also developing the characters, and always making the show a pleasure to watch, even as I, myself, watched the show long after the first run came to a seasonal conclusion in January 2020.

Broadcast television shows in the U.S. are faced with great creative challenges. In my younger days during the 1960s and 70s, I became accustomed to the rhythms required by the ad breaks, which allowed for a show designed to fit into an hour-long slot to divide itself into four acts, plus a teaser and an epilogue, adding up to about 48 minutes.

Commercial requirements have chipped away at that, so that 'hour-long' shows have been whittled down to 42 minutes or thereabouts, with ad breaks taken more frequently. Along with those commercial requirements, and legislation about the need to uphold community standards or somesuch about the content itself, many creators (and viewers) happily fled to broadcast cable, premium cable channels, and, in recent years, a plethora of streaming services.

As with U.S. films that labored under content restrictions, especially from the 1930s well into the 1960s, smart people can always figure out how to deliver smart entertainment that still stings and sings and plays well to audiences. Though U.S. broadcast networks seem to be awash in shows that play to the lowest common denominator, good shows still pop up, despite all these restrictions. Thankfully, viewers now have more choices than ever, which means we can subscribe to streaming services that do not feature advertising, even for shows that were made for broadcast networks. (This is the principal reason why I pay more every month to subscribe to ad-free Hulu, for example.)

Getting back to the show at hand, Emergence ends at a point that is satisfying, but left threads dangling that it could easily have picked up in succeeding seasons. That will not be happening, which is a disappointment because I would have enjoyed many more episodes featuring Allison Tolman and Clancy Brown, fiercely protective and always supportive, and more sci-fi twisting tales. I look forward to whatever Tolman, Brown, and Fazekas and Butters do next.

Do you feel this content is inappropriate or infringes upon your rights? Click here to report it, or see our DMCA policy.
ABCAllison TolmanButtersClancy BrownHuluMichele FazekasTara