It's Alive! Alive!!!!!!! In the Teaser for QUARANSTEIN 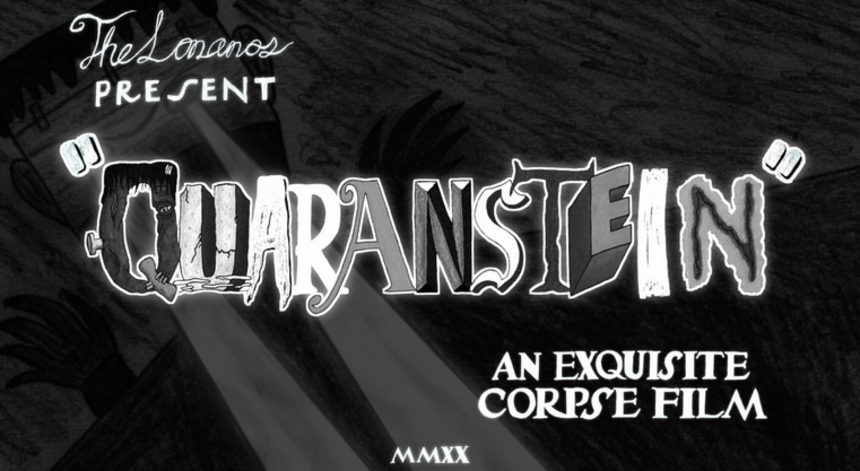 As a film programmer, I'll admit, I'm nervous about a slew of quarantine set/related content coming my way in the next year or so. However, there are definitely some exceptions. Case in point: anything done by Brian Lonano. We at ScreenAnarchy have been fans of Lonano's excellent short films Crow Hand!!! and Gwilliam, and it looks like he has not wasted his time under lockdown. He and fellow filmmaker Kevin Daniel Lonano decided to recruit other fine filmmakers and (literally and figuratively) stich together a short. All from the confines of their quarantine, all for no money. We've got a look at the teaser, and details from the press release:

Filmmakers Brian Lonano & Kevin Daniel Lonano, responsible for the cult short film Gwilliam”, sought out filmmakers and friends under quarantine to create an exquisite corpse version of the classic film “Frankenstein.” Expect other notable monsters to appear in the film, including Brian and Kevin’s own creation “Gwilliam.”

Producer Brian Lonano wanted to tell a re-imagining of the story of "Frankenstein" and felt that the best method of filmmaking to achieve this would be similar to the "exquisite corpse", a technique invented by surrealist painters where they contribute to a piece of art in sequence without seeing what the previous person contributed. "During these uncertain times and with no job, I decided to get creative and make a film with my friends and collaborators," says Producer Brian Lonano. "Since we could not work in person, it was decided to have them each direct a scene on their won with whatever they had on hand and not spend any money."

Filmmakers from all over the United States and as far as Helsinki, Finland participated. Filmmakers include Nick Morgan (Creepshow TV Series), Lucas Godfrey (The Walking Dead), Blake Myers (V/H/S/) and Jay Wade Edwards (Aqua Teen Hunger Force), as well as experimental filmmaker Anna Spence and directors Kevin Fermini (Viola Vs The Vampire King) and Francisco Lacerda (Freelancer and Karaoke Night). A rough outline consisting of 13 scenes was written. The scenes were then randomly assigned to the 21 filmmakers and were given 31 days to complete their scene. Filmmakers were asked not to communicate with one another about their scenes or spend any money. Brian and Kevin then “stitched” together the scenes into one film and the results are exciting and bizarre.

“Several of the filmmakers are first time directors so it’s been exciting to see how creative they were on this project,” says Brian. “It’s what I hoped to achieve with Quaranstein; trippy lo-fi filmmaking mixed with schlocky stupidity!”

Indeed, this might be my most anticipated film of the isolation thus far. Check out the teaser below!