Michael Shannon is, absolutely, one of the very best actors working right now in cinema, television and theater. A versatile performer, he has been a leading man (take his collaborations with director Jeff Nichols, Take Shelter and Midnight Special, for example) and a notable character actor as well (in Guillermo del Toro's The Shape of Water, Rian Johnson's Knives Out and many more), portraying over the years a wide variety of characters: while he’s often seen as a tough guy, he has done comedic and romantic stuff too (for instance, I once interviewed director Meredith Danluck about casting Shannon as a romantic lead in State Like Sleep).

When the opportunity of interviewing this two-time Oscar nominee (for Revolutionary Road and Nocturnal Animals) appeared, it was a no-brainer for me. But it turned out to be particularly exciting to talk with Shannon about The Quarry. Directed by Scott Teems, this movie follows a runaway American who kills the Mexican man (Bruno Bichir) who had rescued him when he was unconscious at the side of a road. Then, the protagonist, always carrying the burden of the past, steals the identity of the dead man and pretends to be the new church minister in a small Texas town with an important latino presence. 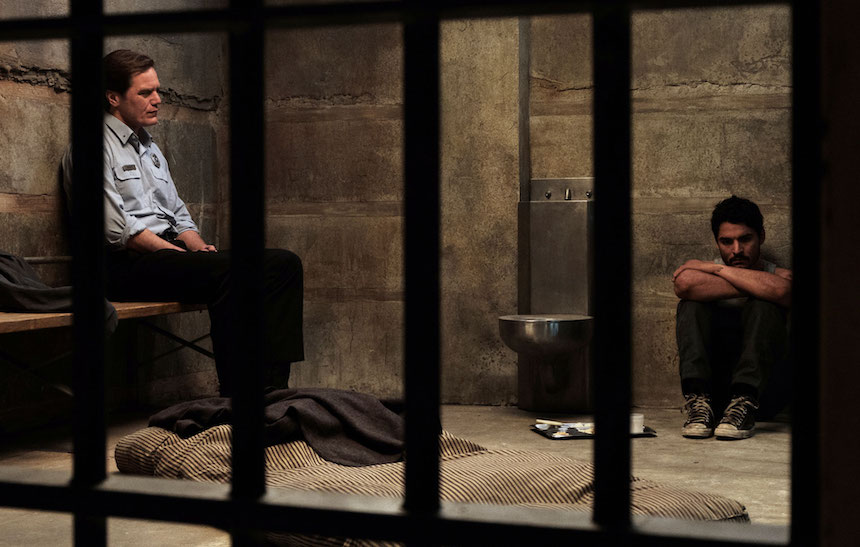 The fact that the fugitive criminal is played by the great Shea Whigham was instantly noteworthy. I mean, Whigham and Shannon have been working together since a long time ago, most notably, at least for me, in the HBO masterpiece Boardwalk Empire. Shannon’s character in that show, Nelson Van Alden, has a strong connection with Whigham’s Eli Thompson, especially in the Chicago-set part of the superb final season.

On top of that, in The Quarry Shannon plays yet again the character that represents the law: the police chief of the town where the protagonist arrives, a type of role that Shannon knows very well; just think of Nocturnal Animals and, of course, Boardwalk Empire itself. And, as you can tell, religion is an important theme in The Quarry (concepts like confession and forgiveness), which also connects it with Shannon’s Nelson Van Alden, an extremely religious man of justice who breaks bad in unpredictable ways along the series.

So despite The Quarry not being on paper a high-profile project, it clearly opened the door to talk about various interesting subjects with Shannon. I don’t think the subsequent conversation disappoints, but judge by yourself below!

ScreenAnarchy: Whether it's a script for a film or a TV series, what does it need to have to get you interested in it? 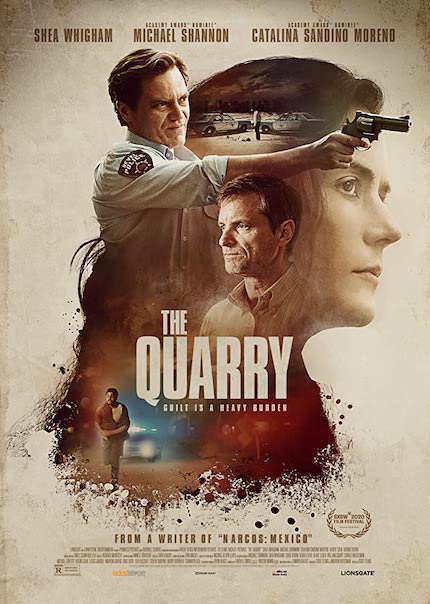 Michael Shannon: Oh! Well, I guess I’m looking for material that is thought-provoking and relevant to current events in the world. Something that’ll make people reflect on certain aspects of our culture or our life, you know, just provocative I guess in some way.

In that sense, what attracted you to a film like THE QUARRY?

I think The Quarry is about hypocrisy, which I feel like it’s very prevalent in our culture right now, particularly in American culture. 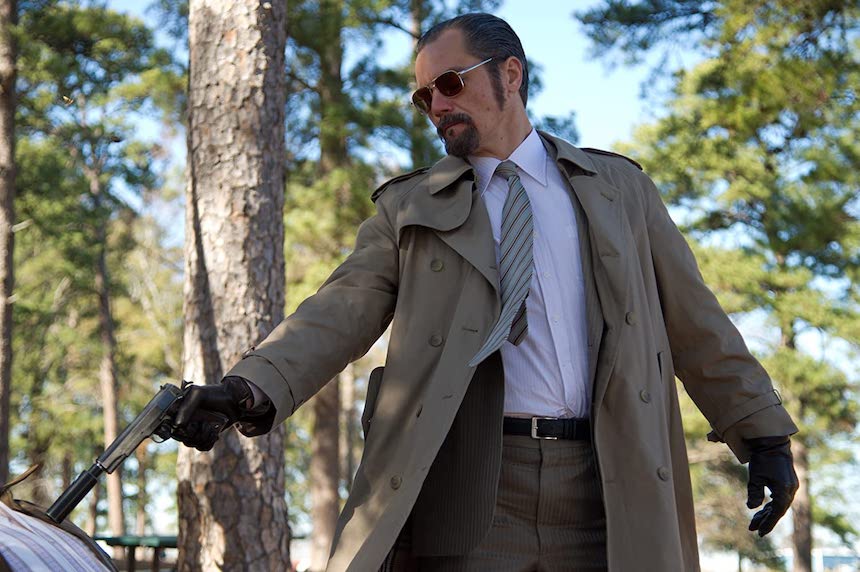 I don’t know, I guess I have a certain gravity or authority that comes across in my performances, I don’t know. I mean, I never wanted to be a policeman personally. I’m not a huge fan of the police in general, I understand why they’re there and I’ve met some nice police officers from time to time, but in large this is a very strange system.

Also this character is, well, not anti-religion but he’s not entirely convinced by how religion works. He’s pretty much a man of justice, he wants people to take responsibility for their actions. How did you approach this role?

I think I have that in common with him. I think a lot of people are, particularly nowadays, wondering where is justice? What is the truth? What is it morality mean? Where is morality? Is morality even important anymore? Does anybody care? I think there’s a lot of people thinking about and wondering about because there used to be an asset of it. So in a way it was kind of therapeutic to play the part, cathartic, because this is a man who’s interested in these things.

Talking about religion, obviously your character in BOARDWALK EMPIRE, that was a series that also touched on religion. What are your feelings towards this, for a way to say it, institution?

Yeah, you know, it’s hard to think about religion comprehensibly, I mean it’s a broad subject. I think it’s been a lot of beautiful things done in the name of religion, and I think there’s a lot of hurtful things done in the name of religion. Religion is something that people a lot of times use to justify their behavior, whether their behavior is right or wrong. I don’t necessarily have a problem with religion itself, but I feel like it gets more used, the majority of the time, to make it a business for people who are doing terrible things. 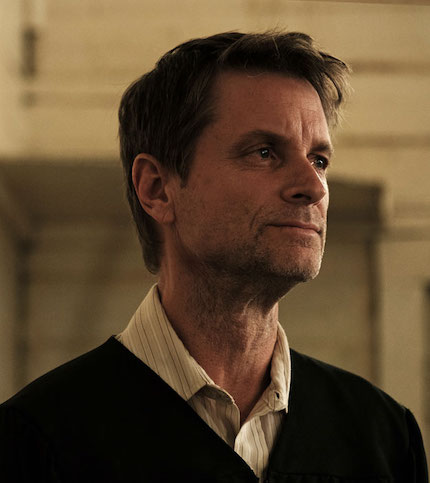 Together with actor Shea Whigham you were great especially in that last season of BOARDWALK EMPIRE, when Eli [Whigham’s character and the brother of protagonist Nucky Thompson, the latter played by Steve Buscemi] and your character [Nelson Van Alden] meet again in Chicago. How was working with him again in THE QUARRY?

Yeah, I've know Shea a long, long time. Our first movie together was Tigerland, over 20 years ago I think [it was released precisely in 2000]. We did Take Shelter together, we did this series Waco together, that’s on Netflix right on. We have a lot of history together.

One of the reasons I was so excited to do The Quarry was that Shea was going to get to play that part, I very excited for him to get that opportunity because he’s not usually the leading man, he’s not the leading character in a movie, so I really was excited for him to get that opportunity, just to see what he was going to do with it. 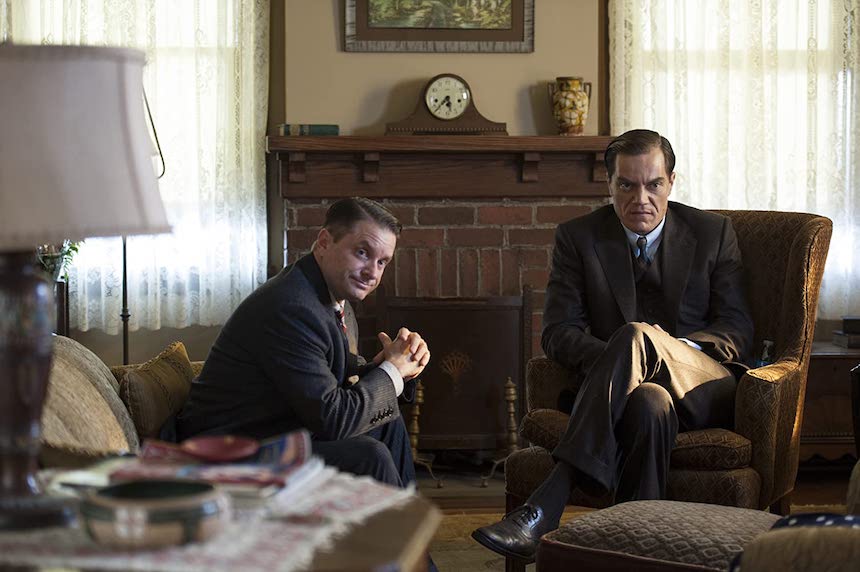 Shea’s character in this movie has, curiously, some similarities with Nelson Van Alden from BOARDWALK EMPIRE: both are, at some point, impersonating someone they’re not, they’re hiding and so forth. So, did you have a particular connection with the protagonist of THE QUARRY?

Yeah, it was fun, you know, because part of the challenge as an actor is to try to get the story and just be in the moment. I know, me the actor, I know that Shea’s character is an impostor, but my character it isn’t sure. And so it’s an interesting challenge to see how many different variations of that dilema you can express. In a way it builds, it builds this whole movie, the suspicion and the doubt, to get that in all these tiny increments was very challenging. How do I do it? I’m not exactly sure, a lot is just by feel, by impulse, by instinct, it’s a very instinctual process, not an intellectual process, it has to do with feelings and impulse.

You have worked with legends like Werner Herzog [BAD LIEUTENANT: PORT OF CALL - NEW ORLEANS, MY SON, MY SON, WHAT HAVE YE DONE and SALT AND FIRE], Martin Scorsese [BOARDWALK EMPIRE] and Guillermo del Toro [THE SHAPE OF WATER]. What do you think you have learned from these masters?

Oh, wow! Yeah, that’s such a difficult question to answer, you know. 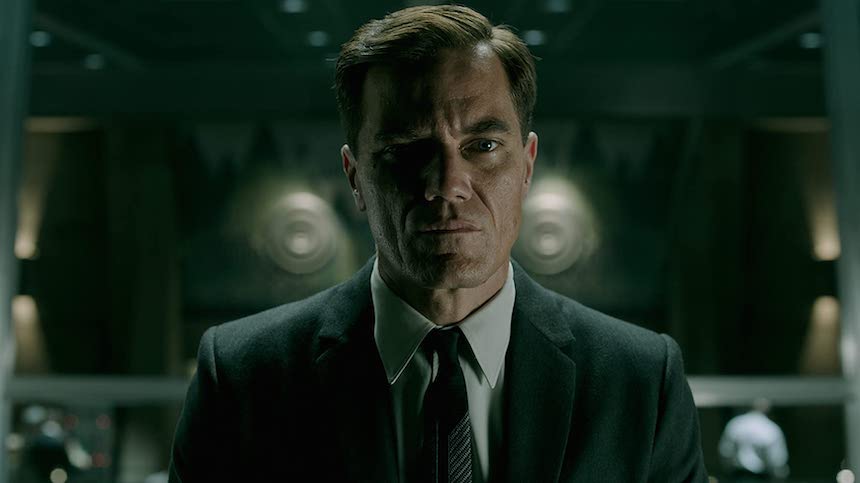 One of the many things I’ve learned from the three men that you mentioned is to be vigorous. The three men you mentioned, when they make a film it is an act of devotion that is supreme: the focus, the concentration, the amount of work that they put into what they do… is a religion, it’s actually more religious than most religious people are, you know, because in a way it really brings God into the world, by this amount of attention. I heard this quote the other day: “attention paid in its greatest extreme is an act of prayer.” And that’s what these men personify, the amount of attention they paid to things makes them holy.