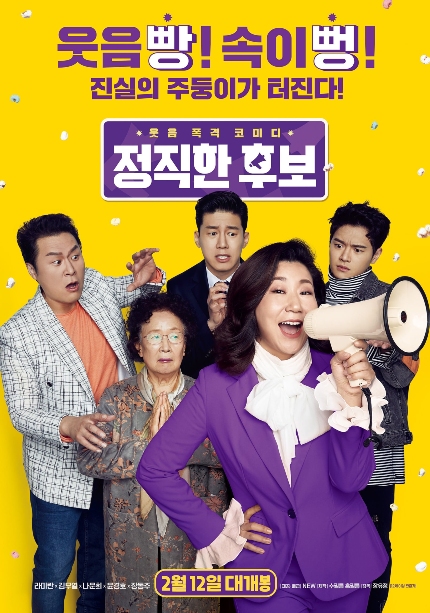 What if Jim Carrey ran for political office in Liar, Liar?

The South Korean comedy was evidently released theatrically in its homeland in February and, as cinemas are re-opening in Asia, a further release is now planned for May 28 in other Asian territories. Officially, per Han Cinema, it's "a comedy about a third term congresswoman named Joo Sang-sook (Ra Mi-ran) who is an expert liar, but one day can't lie anymore, with only a day to go before the elections." Chang You-jeong directed.

Enjoy the trailer below.

Do you feel this content is inappropriate or infringes upon your rights? Click here to report it, or see our DMCA policy.
Chang You-jeongRa Mi-ranSouth Korea