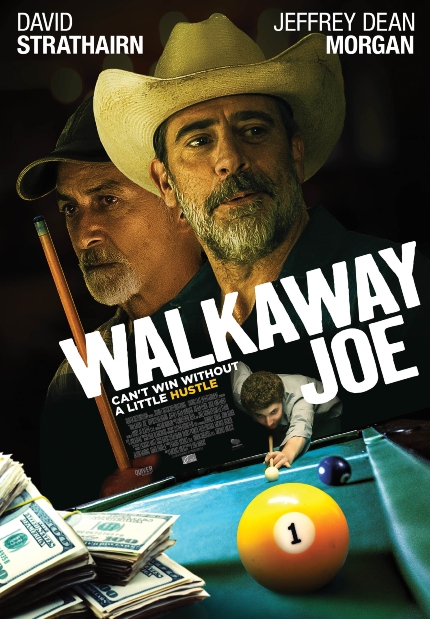 David Strathairn instantly makes anything in which he appears more interesting, merely by his always dramatic presence.

His appears in Walkaway Joe, about halfway through a new trailer, and elevates what looks like a somewhat rudimentary father/son drama. Jeffrey Dean Morgan plays the father, and he's certainly a combustible personality who can create dramatic sparks, while Julian Feder essays the glum, cheerless son. After they go their separate ways, though, things ignite when David Strathairn appears on the scene, instantly compelling my closer attention.

The official synopsis describes the film as "the story of an unlikely friendship between a young boy searching for his father in pool halls across the country, and a wandering loner hiding from his past. In each other they experience the power of a second chance, and a shot at redemption."

So David Strathairn as a "wandering loner"? Yes, please.

Walkaway Joe is set for release on May 8, 2020, On Demand and Digital, as well as -- hm, let me squint to read this -- "theaters," whatever those might be. While we build up anticipation, chalk up your pool cues and enjoy the trailer below.

Do you feel this content is inappropriate or infringes upon your rights? Click here to report it, or see our DMCA policy.
David StrathairnindieJeffrey Dean MorganJulian FederUS