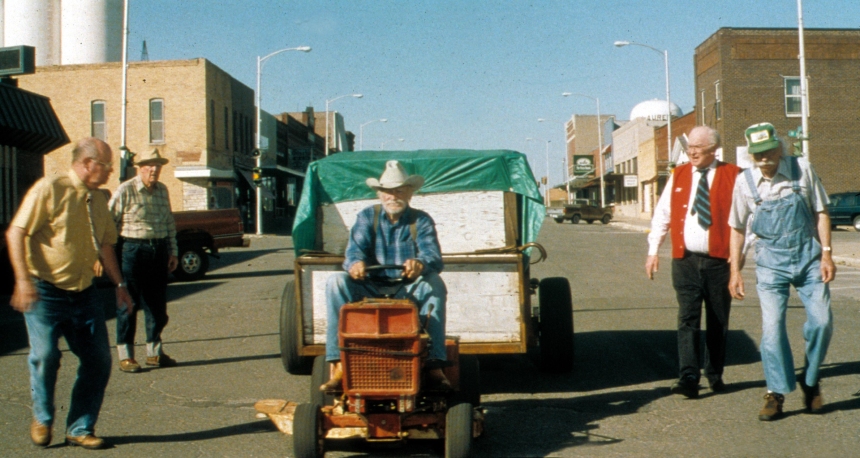 I love you and miss you, my brother, wherever you are.

As I recall, 1999 was a spectacular year for spectacular films that played spectacularly in cinemas worldwide. And then there was David Lynch's quiet masterpiece, released by Walt Disney Pictures!

The opening credits still kinda blow my mind as they roll: Walt Disney, David Lynch. Yet, now that the film is now streaming on Disney+, it makes perfect sense, nestled among the other G-rated family films that are available on the service.

Alvin Straight (Richard Farnsworth, in a performance that earned an Academy Award nomination) is 73 years old and lives in Laurens, Iowa, with his daughter Rose (Sissy Spacek). Alvin learns that his brother Lyle, who lives in Wisconsin, has suffered a stroke. Alvin and Lyle suffered a rupture in their relationship some years before and have not spoken since.

Alvin resolves to visit his brother to set things straight between them. But how will Alvin, sorely lacking in financial resources and without a driver's license, travel the hundreds of miles to get there?

Based on a true story, the script by John Roach and Mary Sweeney follows the journey that Alvin Straight embarked upon, flavored with the spare, often poetic yet down-to-earth dialogue that is filled with rumination and regret. The trip is adorned with gorgeous photography by Freddie Francis, accompanied by Angelo Badalamenti's music, enveloped by David Lynch's sound design, and driven home by understated acting that touches the heart without dipping too far into sentimentality.

Appearing in David Lynch's filmography between Lost Highway (1997) and Mulholland Dr. (2001), The Straight Story is more proof that he is an artist of the cinema, whose touch is abundantly in evidence.

I missed the film in theaters, so my only previous viewing came when I rented the videocassette, which looked truly awful and left me wondering about this fellow's supposed artistry. In high-definition, however, the film looks marvelous. It's a soothing balm, not least because it tells the truth.

Do you feel this content is inappropriate or infringes upon your rights? Click here to report it, or see our DMCA policy.
David LynchDisneyPlusRichard FarnsworthSissy Spacek