Now on VOD: ROAR, Watch Out For That Giant Cat, Young Melanie Griffith! 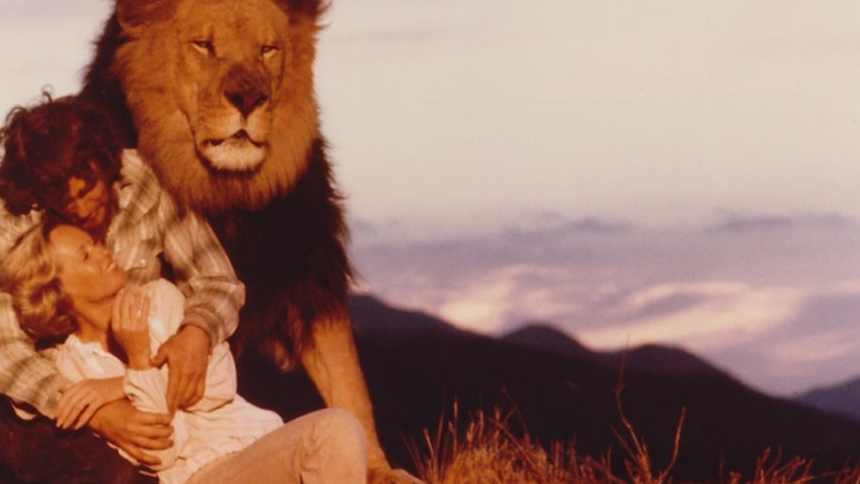 Are you crazy? I mean, seriously, are you CRAZY?!

Back in 2015, Drafthouse Films and co-conspirators Olive Films released Roar to disbelieving theatrical audiences, including myself. I often raised my hands so as to cover my eyes and not witness the possible mauling of real people on the big screen, but I watched, yes, I watched, and now I can hardly believe that five years have passed.

"Hank is clearly crazy about big cats, and it doesn't bother him that people say he is just plain crazy. All he cares about are cats, his research and his wife and three kids, whom he left behind in Chicago three years ago.

"When we meet him, Hank's world is about to change dramatically. His wife Madaline (Tippi Hedren) and their teenage children -- two sons and a daughter (Melanie Griffith) -- are coming to stay with him. Hank is sure his family will love living with the lions as much as he does."

I'm not sure that quite conveys the well-intended nuttiness that ensues, but it sets the narrative premise. Stories about the making of the film abound.

Now Roar will be available to watch via an "Alamo-At-Home" streaming event tonight (Wednesday, April 15, 2020, at 8:00 pm EST), including an exclusive Q&A with co-star John Marshall, a survivor, let's call him, of the film, in which more than 70 people were injured during the making.

Tickets are available through the Drafthouse Films site, which will then take you to another site, where you can rent the film and then watch it on a variety of platforms.

You can also RSVP to the Facebook event, should you choose.

Of importance, Alamo-At-Home publicity notes: "Plus, 10% of ticket grosses for Roar will be donated to Will Rogers Motion Picture Pioneers Foundation's Pioneers Assistance Fund, which is dedicated to helping people who work in the motion picture industry." So that's a good thing.

Watch the trailer below, and decide for yourself whether watching Roar will assuage your anxieties or relieve them. Personally, I'm in the latter camp. I'm very glad that I do not have giant, wild cats roaming around my studio apartment. (The manager would definitely not approve!)

Do you feel this content is inappropriate or infringes upon your rights? Click here to report it, or see our DMCA policy.
John MarshallMelanie GriffinNoel MarshallTippi Hendren