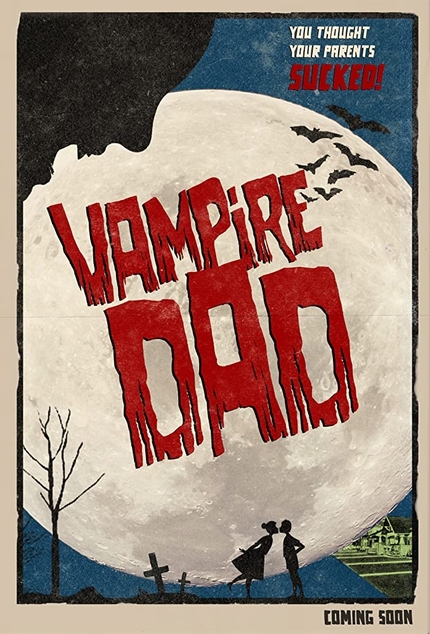 The doctor is in, and he's working from home. Good news: it's not because of the pandemic that is currently sweeping the globe!

In the upcoming retro-styled horror-comedy Vampire Dad, psychologist Dr. Raymond Walenski (Jackson Hurst, from Drop Dead Diva and Sharp Objects) is turned into a vampire (and starts working from home) "in order to provide therapy to creatures of the underworld. He battles his new beastly nature while struggling to keep his family life from being torn apart."

Ha! Chew on that for a moment.

The trailer displays a goofy and/or wacky comic sensibility, which completely harmonizes with the inherently off-beat sensibility of the premise. (Hey, I don't know about you, but my father never displayed a taste for blood, so that's what I mean.) It sounds silly, and it looks silly, and I appreciate the indie spirit behind the film.

Vampire Dad is scheduled for release in theaters (If available) and on multiple VOD platforms on June 16, 2020, just before Father's Day. Watch the trailer below.

Do you feel this content is inappropriate or infringes upon your rights? Click here to report it, or see our DMCA policy.
Emily O'BrienFrankie IngrassiaGrace FultonindieJackson HurstUS