CASTLE IN THE GROUND Trailer, Where Grief Meets Trouble 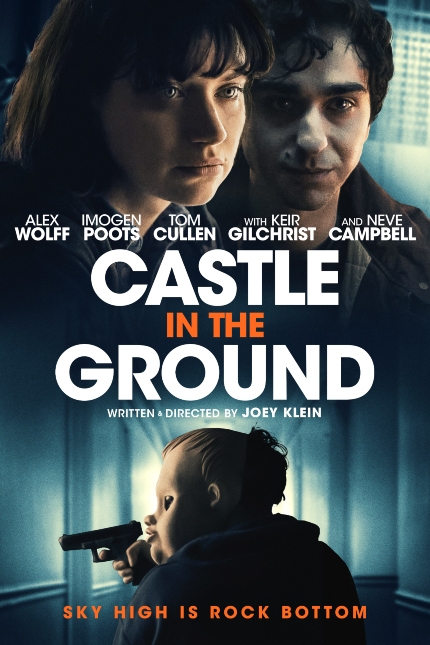 Updated 4/23/20 with new trailer, which confirms initial impressions by sizzling like bacon on a dark day. Watch below. Original post follows:

Nominated as Best Canadian Feature Film at the Toronto International Film Festival, Castle in the Ground is heading for release on a variety of On Demand platforms on May 15, 2020.

The official synopsis gets right to the point: "A grieving teenager (Alex Wolff) befriends his charismatic but troubled next-door neighbor (Imogen Poots), only to become ensnared in a world of addiction and violence as the opioid epidemic takes hold of their small town."

Imogen Poots, perhaps best known of late for starring in Black Christmas, has been blazing a fiery trail through a wide variety of independent films in the last few years, especially, and always brings something distinctive to the characters she portrays, troubled or not. Speaking of blazing, Alex Wolff certainly made an impression in Hereditary, so the combination of these two actors at the center of the piece is more than promising.

Tom Cullen also stars, with Keir Gilchrist and Neve Campbell. Joey Klein (The Other Half) wrote and directed. No trailer yet, apparently I found a clip premiered by the Victoria Film Festival, which is posted below.

Do you feel this content is inappropriate or infringes upon your rights? Click here to report it, or see our DMCA policy.
Alex WolffCanadaImogen PootsJoey KleinKeir GilchristNeve CampbellTom Cullen