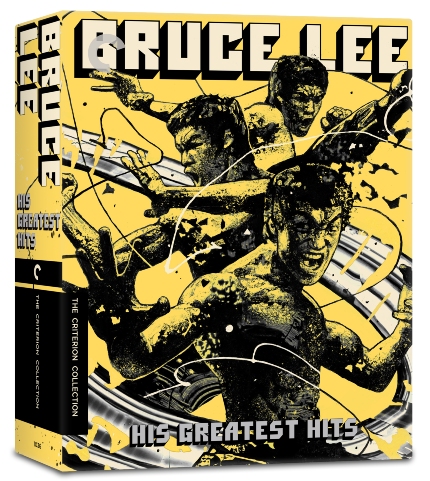 Updated with Criterion's official trailer, which you can now watch below. My original post follows:

Two things I love will be united, at last: Bruce Lee movies and the Criterion Collection.

Bruce Lee: His Greatest Hits, featuring "4K digital restorations of The Big Boss, Fist of Fury, Game of Death, and The Way of the Dragon, with uncompressed original monaural soundtracks," will be available on Blu-ray on July 14, 2020. The set will include no less than seven Blu-rays. Per official verbiage from Criterion, here are the initial highlights:

* Alternate audio soundtracks for the films, including original English-dubbed tracks and a
5.1 surround soundtrack for the special-edition version of Enter the Dragon

Plus, friend of the site -- before he became a noted novelist -- Grady Hendrix will be featured in a new interview "about the 'Bruceploitation' subgenre that followed Lee's death, and a selection of Bruceploitation trailers."

More, much more, will be included, and it sounds like it's time to start scratching pennies together and pre-order this forthcoming sweet baby now. You can watch the wonderful looking trailer there below.