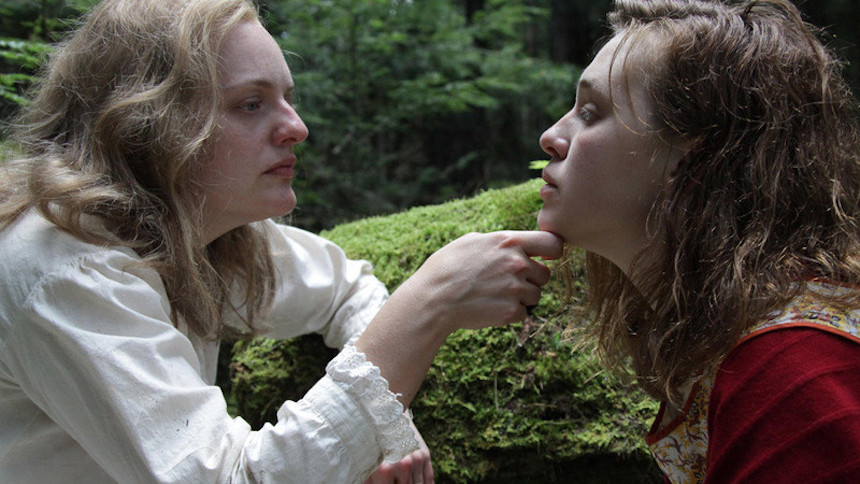 Without Shirley Jackson, the author of the seminal 1949 short story, The Lottery, or her 1960 novel-length psychological horror novel, The Haunting of Hill House (adapted by director Robert Wise three years later into an acknowledged classic of the supernatural horror sub-genre), we wouldn't have Stephen King.

For the perpetually prolific King, Jackson's literary horror stories and novels opened up a world of near-infinite possibilities in a genre once considered disreputable. Jackson, however, wrote more, far more, than a short story considered required reading for elementary or high-school students.

Hyman invites the Nemsers to stay with them temporarily while they settle into the rhythms of town and college life. Hyman has an entirely different, surreptitious agenda in mind, however, when he invites Fred and Rose to stay at the Jackson-Hyman home, an ivy-covered, multi-floor house that could double as the set or setting for a supernatural horror film. The Nemsers might be new to Bennington College and Vermont, but Hyman sees something else in their newfound presence: helpmates for the mercurial, temperamental, alcohol-abusing Jackson.

While Stanley performatively plays caring, compassionate mentor to Fred at the college, Jackson repeatedly refuses to interact with Rose except when absolutely necessary. Even then, Jackson showers Rose with contempt and derision, but as expected - dramatic tropes and beats and all - Jackson gradually thaws around Rose, eventually allowing Rose into her creative inner sanctum (real and imagined), especially once the perpetually housebound, agoraphobic Jackson realizes Rose could function as a useful factotum and occasional muse for her latest, largely undefined book project.

In turn, Jackson awakens Rose's repressed rebelliousness against inflexible, constricting, '50s-era gender norms and her growing desire to create a fulfilling life and find her own unique voice and personality outside of her deeply unbalanced, unequal relationship to Fred as a dutiful, obedient wife and future mother to his child.

Shirley doubles - or rather, triples - as a not-quite scathing critique of mid-century academia, self-obsessed egotists like Stanley and self-involved narcissists like Fred, a cramped culture-bound by the rigid gender norms of the time that put men and only men in positions of power and women in secondary, support roles. Jackson stands out all the more for being an unapologetic, outspoken woman who abhors social decorum and freely expresses her often deliberately provocative opinions to anyone within earshot.

Her literary genius, of course, gives her the necessary elbow room and freedom to express an otherwise idiosyncratic personality. Rose just as deliberately functions as a shadow version of Jackson: A younger Jackson minus Jackson's literary gifts, defined, redefined, and defined again by the suffocating pressures of social and cultural conformity typical of '50s America.

In Decker's hands, Shirley rises to the level of film as art, not pure commerce. Decker's talent, her willingness to take risks with the underlying material, and a metaphorical, metaphysical filmmaking approach may be too "arthouse" for some, but perfectly "arthouse" for everyone else.

Do you feel this content is inappropriate or infringes upon your rights? Click here to report it, or see our DMCA policy.
Elisabeth MossJosephine DeckerMichael StuhlbargShirley JacksonSundance 2020