Rotterdam 2020 Review: CHILDREN OF THE SEA Washes Over You Like A Wave

Watanabe Ayumu's newest anime feature is beautifully drawn and features a rousing score by Joe Hisaishi, but the spectacle trumps the plot. 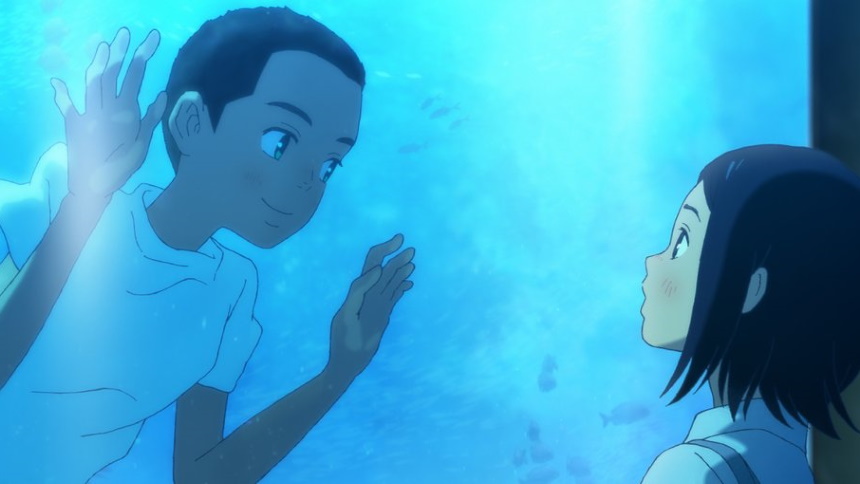 Twenty-odd years ago, the International Film Festival Rotterdam used to be one of very few events in the Netherlands which allowed people to watch Japanese feature animation films in a cinema. It's where I saw classics like Princess Mononoke and Ghost in the Shell. But in the last decade, anime left the festival, moving to other events like the Imagine Film Festival in Amsterdam or the Camera Japan festival, in Rotterdam AND Amsterdam. Still, the program will sometimes contain the odd gem, and this year we got Watanabe Ayumu's Children of the Sea.

Based on a popular series of manga by Igarashi Daisuke (who also wrote the script), the film tells the tale of high school student Ruka, who encounters Umi, a strange boy in the aquarium where her father works. And that's to be taken literally: the boy is IN the aquarium, swimming around with all sorts of fish. It turns out the boy is part of a pair of children, found at sea as toddlers being raised by sea mammals, and both of them suffer from medical ailments which require them to be kept in sea water. 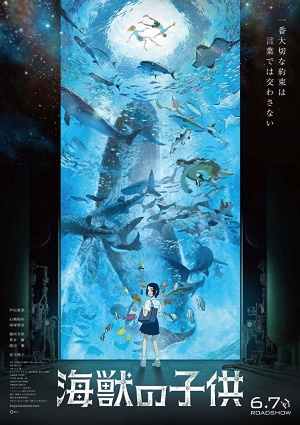 Meanwhile, strange phenomena happen around the world. Fish migrate to places they normally won't go, whales start singing different songs, and a meteor crashes into the ocean, only to disappear afterwards. According to Umi, all sea life is preparing for something magnificent to happen. But what is it? And what is Ruka's role in all this?

First things first: Children of the Sea looks gorgeous, jaw-droppingly so. Produced by the legendary Studio 4°C (of Genius Party fame), the film employs an interesting style where all animated characters seem roughly sketched, while environments are often impossibly detailed and rendered in a dazzling variety of techniques, especially whenever the story takes everyone out to sea. The film's poster is actually a good example of how most of the film looks (watch a large version here). There sure hasn't been a shortage of anime features which take place near, on, or under the sea -- probably not surprising, given the amount of coastline Japan has -- but this film may take the award for being the best-looking one in the bunch.

Accompanying all that visual bliss is a rip-roaring soundtrack by Joe Hisaishi, who has put enough music in here to fill three films and a spare opera. I left the cinema with battered senses, and the film is almost too rich for its own good.

Unfortunately I was less impressed by the story, which is strange as it seemed so tailor-made to many of my hobbies and interests. Indeed, a lot gets promised in the film's first acts. But Children of the Sea falls prey to its own sense of profoundness, and you're basically watching one big incomprehensible explosion during most of its second half, only partly explained through some new-age gobbledygook exposition. Maybe the characters suffered from the condensing of the books' story. As such, it is hard to understand what exactly is happening, and what the level of danger or urgency is for the people involved, except for the "we are all stardust" points which get hammered home over and over again. And Raku, for all the wonders she gets to see up close, doesn't do a lot more than be there and watch once the fireworks start. It's hard to feel for her, with her, or judge how much she is changed by the events. And that is a shame, with all that sound and vision involved.

Those who know the manga Children of the Sea is based on may have had an easier time with it than I had though. Also, Rotterdam audiences rated the film a 4.0 out of 5, which is very good. If you feel intrigued by all this, definitely seek it out. For sheer spectacle and animation mastery, you will not be disappointed.