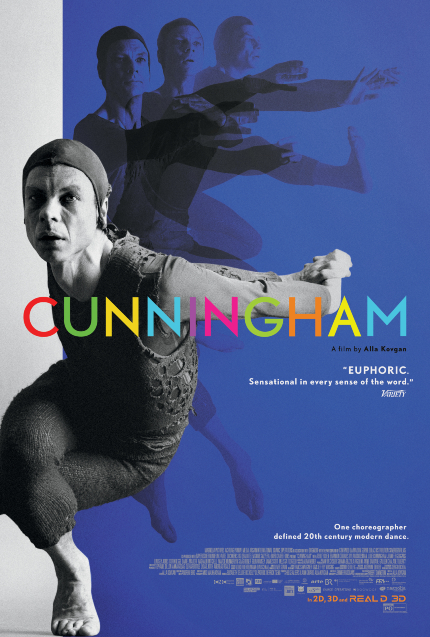 Cunningham
The film is now playing in select U.S. theaters via Magnolia Pictures. It will expand to additional theaters nationwide, including my hometown Angelika Film Center in Dallas, Texas, on Friday, January 3, 2020.

I confess: my initial desire to see this movie sprang from a misunderstanding.

Although I somehow thought the documentary would further explore the life of fashion photographer extraordinaire Bill Cunningham, much like Richard Press's wonderful, if straightforward, documentary Bill Cunningham New York (2011) -- which I very much enjoyed, thanks in large part to Cunningham's cheerful and engaging personality -- instead the surprise was all mine.

Directed by Alla Kovgan, Cunningham explores the early work and life of legendary dancer Merce Cunningham and his subsequent influence upon modern dance. Rather than endeavor to sum up Cunningham's entire career, which encompassed more than 70 years (?!), Kovgan wisely keeps the focus on the development of his singular vision of dance, which met with quizzical, muted response in the years before and after he formed the Merce Cunningham Dance Company in 1953.

Preferring to describe himself simply as a dancer, Cunningham became much more widely known as a choreographer after a series of performances worldwide in 1962. The documentary then explores the decade that followed, as Cunningham was forced to deal with unexpected fallout upon himself and his collaborators due to his 'sudden' fame.

His early collaborators included avant-garde composer John Cage and non-traditional artist Robert Rauschenberg. By following his own instincts, veering wildly from the expected, and thus bewildering audiences who didn't know how to react, Cunningham practically, if inadvertently, ensured that a certain degree of alienation among dance devotees would follow during the mid-1940s and 1950s, until people developed a greater degree of appreciation for his work.

At this point, I will confirm that I, myself, had absolutely zero appreciation for the wonders of so-called "modern" dance before watching this film. It's fascinating, though, to hear that Cunningham himself did not like the idea of his work being pigeonholed into broad categories that endeavored to label artistic expression and sought to empower dancers in his company to express their own feelings and thinking into their movements and performance of his 'choreography.' Modern independent filmmakers and performers can definitely relate to that perspective, I think.

What brings this all to brilliant life is director Kovgan's decision to intersperse modern interpretations of the Cunningham company's past dances into the film. Thus, even if you lack any authentic appreciation of what the documentary footage presumably reveals as to Cunningham's groundbreaking genius, just wait a few minutes and a splendid work of art is whisked in front of your eyes.

Summing up: Sadly, I cannot show you with my words exactly how beautiful it is to behold the dancing figures on the screen, so you'll just have experience the movie for yourself, preferably on a big screen. 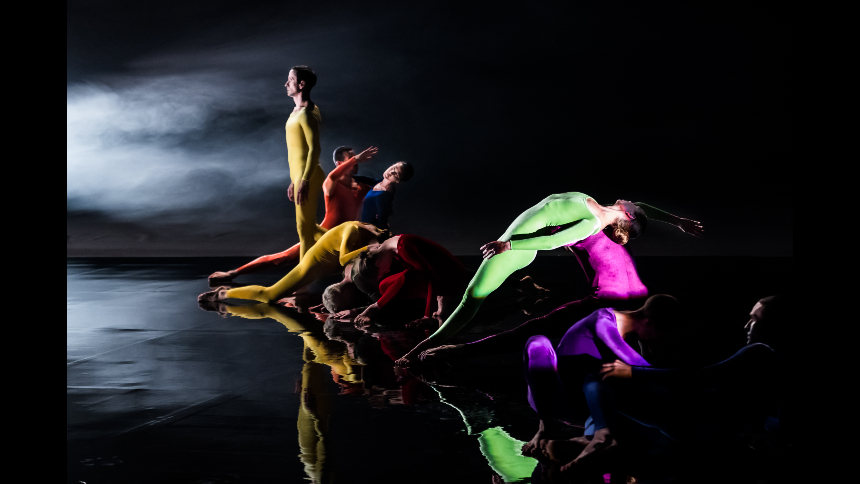