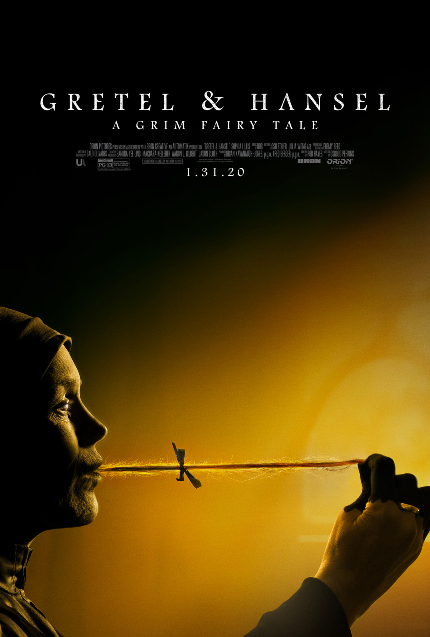 Beware any house that smells of cake.

The newest fright film by Osgood "Oz" Perkins, Gretel & Hansel promises a grim version of a familiar old story. Perkins has certainly ignited a distinctive trail through the horror forest, beginning with The Blackcoat's Daughter (2015) and continuing with I Am the Pretty Thing That Lives in the House. Working this time from a script by Rob Hayes, his newest feature is described (officially) thusly:

"A long time ago in a distant fairytale countryside, a young girl leads her little brother into a dark wood in desperate search of food and work, only to stumble upon a nexus of terrifying evil."

Nothing like a 'nexus of terrifying evil' to suggest a film that's been rated PG-13, right? Well, Perkins has demonstrated a capacity for summoning up menace from mood and atmosphere, and the new trailer certainly backs that up. The cast is led by Sophia Lillis (It), newcomer Sammy Leakey, the always enjoyable Alice Krige (Star Trek), who definitely has got her grim on, plus Jessica De Gouw and Charles Babalola.

Watch the trailer below. Gretel & Hansel will open wide in theaters on January 31, 2020.

Do you feel this content is inappropriate or infringes upon your rights? Click here to report it, or see our DMCA policy.
Alice KrigeCharles BabalolaJessica De GouwOsgood PerkinsOz PerkinsSammy LeakeySophia Lillis (It)