AFTER WE LEAVE Trailer: First, Find Your Wife 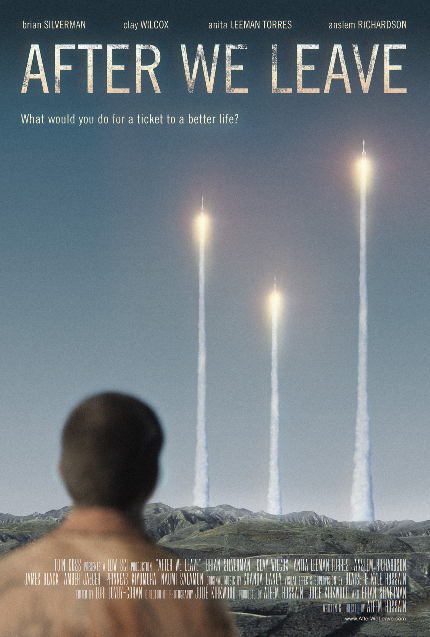 Eager for a rare opportunity for a new life on a new planet, a man has only one obstacle to overcome: find his wife.

The trailer for Aleem Hossain's debut feature, After We Leave, looks spare yet inviting, accompanied by an entrancing musical theme and snatches of dialogue that impart an intense tone to the proceedings. Briefly, it "is a gritty sci-fi drama about a man who has a once-in-a-lifetime chance to emigrate off Earth... if only he can find his estranged wife and convince her to come with him."

After We Leave has already screened at the Other Worlds Austin festival, Berlin Sci-Fi Film Fest, and London Film Fest, and will be screening shortly at Boston Sci-Fi Film Fest in February, as well as opening theatrically in Hollywood at the Arena Cinelounge in Los Angeles from February 21, 2020. More information is available at the official site, where the film can be pre-ordered on iTunes.

Take a look at the intriguing trailer below, which makes great use of visual effects enhancements to complement what looks to be an intense character story on a deadline.

AFTER WE LEAVE Trailer | Award-winning sci-fi film from Aleem Hossain on Vimeo.

Do you feel this content is inappropriate or infringes upon your rights? Click here to report it, or see our DMCA policy.
Aleem HossainBrian Silvermanscience fiction