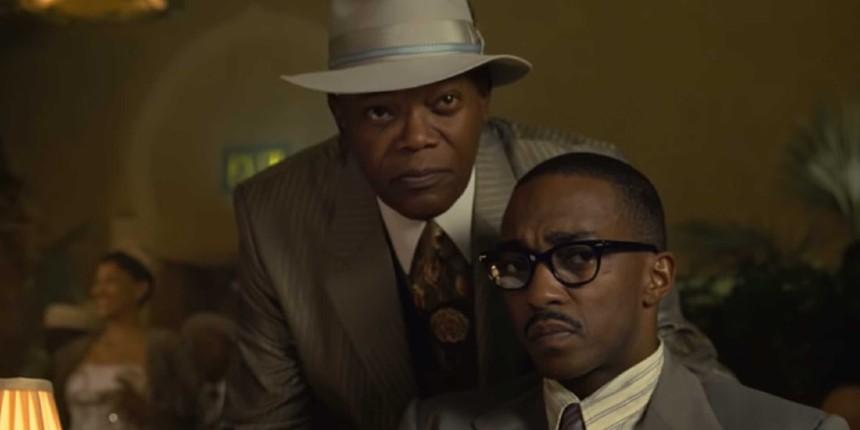 Set to enjoy its world premiere at AFI Fest in Los Angeles tonight, The Banker has been pushed to the back of the line.

Apple's first major feature film release, The Banker tells the real-life story of two African-American entrepreneurs (Anthony Mackie, Samuel L. Jackson) in the 1950s who hire a white guy (Nicholas Hoult) to pretend to be the head of their enterprise. The film is not in our genre wheelhouse, but the trailer looks snappy and smart, with a good degree of suppressed rage.

Per Deadline, plans for the film's theatrical release on December 6, to be followed by a streaming debut on Apple TV next year, are "now on hold while Apple takes a pause and investigates recently uncovered, and potentially damaging, charges that have surfaced" involving a family member of the character portrayed by Mackie.

It sounds like an abundance of caution is in order, which is to be expected by Apple. It's possible that any awards possibilities for the film and its stars will also be shelved, though a qualifying run in New York and Los Angeles could still be arranged.

AFI Fest is left holding the bag and won't have the star power of a world premiere closing film tonight. Instead, the fest will screen Marriage Story. From one streaming service (Apple+) to another: Netflix is distributing Marriage Story and will be streaming it shortly.

Do you feel this content is inappropriate or infringes upon your rights? Click here to report it, or see our DMCA policy.
Anthony MackieGeorge NolfiNicholas HoultSamuel L Jackson