Exclusive Trailer Premiere: WE USED TO KNOW EACH OTHER 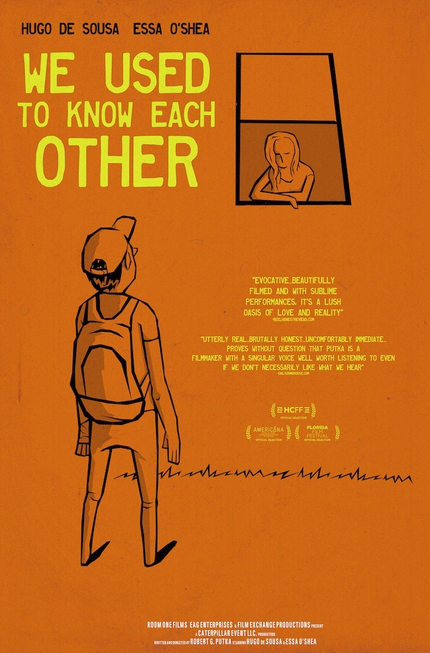 Slamdance and SXSW alumni filmmaker Robert G. Putka follows up his critically-acclaimed family clusterfuck MAD with the post-romance drama We Used To Know Each Other.

With the strain of long distance weighing on them, Hugo (Hugo De Sousa) and Amanda (Essa O'Shea) make a last ditch attempt to save a relationship in free fall. Willingly, if uncomfortably, jumping into domesticity, we watch as they awkwardly reunite and attempt to reconnect, and learn they might no longer be the people each fell in love with in the first place.

Shot amidst the desert shadows of Northern Las Vegas in an impressive ten days, Putka cites influences for his new feature film as far ranging as Valley Girl and Chasing Amy, but finds its true origins much closer to home. "When my friend and lead actor, Hugo De Sousa, came to me with a rough outline for We Used To Know Each Other, I saw an opportunity to revisit themes I enjoyed exploring in my short film work." Taking his production script, Putka and his leads then adjusted and expanded the material to fit the emotional space that was growing in their intimate shooting setting. "I care more about authenticity and staying true to my character's emotions, even at their most frustrating and knotty, than I do about leaving the audience with pleasant, if too-easily digestible feelings."

Sticking to their DIY roots, the filmmakers will be self-releasing We Used To Know Each Other in the U.S. on December 15th via Amazon Prime, while also offering a deluxe edition with supplemental features exclusively with Vimeo on Demand. As a fan of Putka's sharply authentic slices of life, Screen Anarchy is proud to share the full-length trailer for We Used To Know Each Other, which you can view below.

For more information on the film and the filmmakers, you can follow all past and future happenings on their Facebook page.

We Used To Know Each Other OFFICIAL TRAILER (HD) from Caterpillar Event LLC on Vimeo.