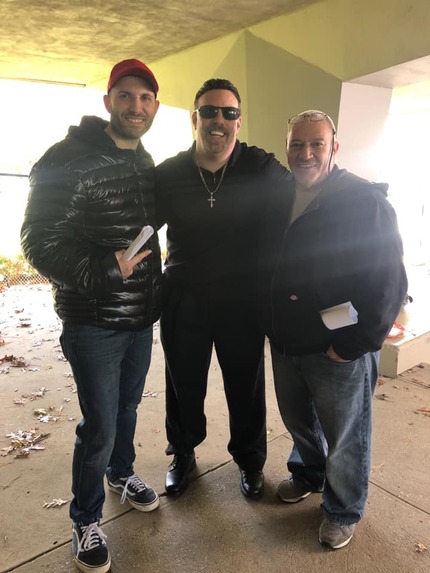 Mormando who is a martial artist and action star of such films as Bound By Debt and the upcomming Justified Vengenace is now prepping for his upcoming Horror debut in a film called Mixxer, and was on set getting some pointers, from Horror King - Damien Leone and Phil Falcone.

Terrifier is currently available on NetFlix and is one of the top horror films of 2018.  The big question is can Mormando take Art the clown!

Who knows maybe a Terrifier 3 can make that happen.

Do you feel this content is inappropriate or infringes upon your rights? Click here to report it, or see our DMCA policy.
Damiel leonePaul MormandoPhil FalconeTerrifierterrifier 2