Susanne Wolff stars as a struggling artist with a temperament to match; Guido van Driel and Lennert Hillege directed the Amsterdam-set drama. 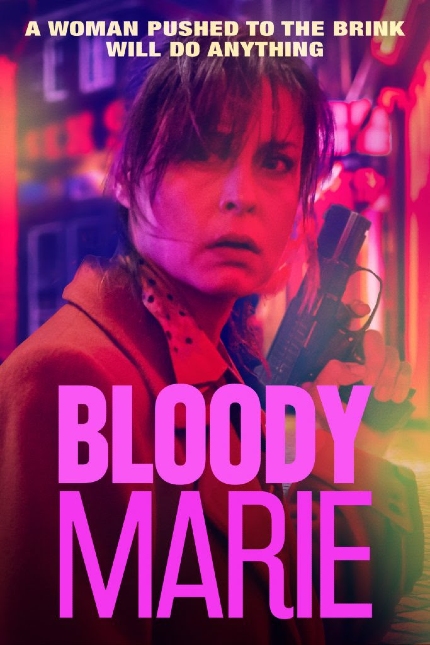 Moody and bristling, the dramatic character study sobers up just in time for some bruising action.

Bloody Marie
The film will open in theaters on November 1 and On Demand on November 11 via Uncork'd Entertainment.

What lurks inside the head of a woman who has tasted success but is now drowning in alcohol?

Wandering drunkenly through the streets of Amsterdam, especially the Red-Light District where she lives, Marie mourns the death of her mother, for which she holds herself accountable. Months have passed in grief, which only adds to the weight of her withering artistic block, all these troubles combining to sink her deeper into a pit of despair.

When not drinking, Marie is acutely aware of her own perilous situation. She is quietly desperate within the parameters of her own, widly self-absorbed personality. She's not the type of person to sprawl on a stranger's couch and talk easily or openly about her troubles, which makes it all the more difficult for her to come to terms with her growing sense of unease and misery.

What can she do about it? Where can she go? No one is around to rescue her, or provide a way out, so it's all up to her to fix herself. She is determined to do so, though she has no earthly idea how.

Marie is stirred into action, finally, by an encounter with a neighbor that begins with a nearly-forgotten favor and later, eventually, morphs into a much more consequential night. To a degree, the events all beggar disbelief, but gradually fall into the category of truth being, ostensibly, stranger than fiction, though we're dealing with a narrative film here, which doesn't really explain it, either.

The lights and colors and bad memories that swirl about Marie are brought to discordant life by filmmakers Guido van Driel and Lennert Hillege, making their feature directorial debut. They also collaborated on the screenplay, which is suggestive rather than declarative, and which lends itself well to its art-house atmosphere.

As embodied by Susanne Wolff, Marie appears to be a real-life, creative person who refuses any pity. She will walk her own path, thank you very much, though you're welcome to buy her a drink now and then if you like her work and listen to what she has to say.

Summing up: Through it all, Marie emerges as a troubled, thoroughly modern if disjointed individual, a woman who relies only upon herself to survive.

Do you feel this content is inappropriate or infringes upon your rights? Click here to report it, or see our DMCA policy.
Guido van DrielLennert HillegeSusanne WolffThe Netherlands