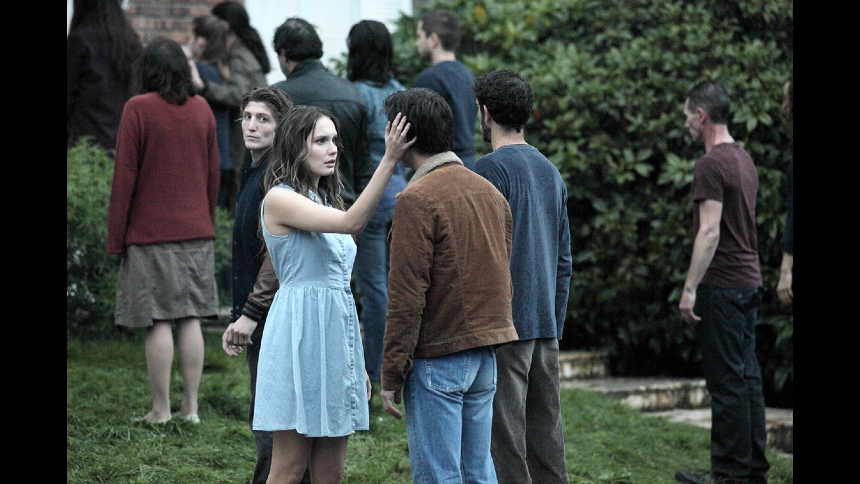 If not brains, then what?

A thick layer of disquiet has enveloped a small town in France.

In 2002, a bus accident on a mountain road left 38 people dead. Four years later, they began to come back, without any memory of how or why. Adapting Robin Campillo's Les revenants (aka They Came Back) (2004), series creator Fabrice Gobert narrows the focus to a single town, rather than the nationwide resurrections hinted at in the film, and begins with a single person, young Camille.

The eight episodes of the first season, broadcast in 2012, detailed the individual lives of those who returned inexplicably from the dead, as well as the effect upon the people who dealt with the grief-stricken aftermath of the bus accident. As much as one might want to be reunited with your dead loved ones, the series seemed to suggest, be careful what you wish for.

The second season, originally broadcast in 2015, picks up the story six months later, after a cataclysmic event left the town largely uninhabited, save for those who returned -- referred to as The Horde -- and a few exhausted, completely bewildered people who never died, or haven't died yet, and maintain an ever-dimming hope that their loved ones might somehow return to their former selves.

The Horde are beginning to act more and more like zombies, but not the kind that want to eat brains. Instead, they are solemn and act like they have an all-consuming passion, though what, exactly, that might be has not been revealed.

The first three episodes of the second season were made available to me for advance viewing, and so I watched, even without having seen the original movie or the first season of the adaptation. And I must say: I was compelled and fell completely under the strange spell of the show.

The more deliberate pace allows one to soak up the melancholy atmosphere of the setting, which is absolutely gorgeous, even if inevitably quite dark and foreboding. (It's easy to make comparisons to David Lynch's Twin Peaks on this score.) The acting is exquisitely nuanced, and it's rather quite lovely to behold the many variations within a more narrow dramatic range than might be expected.

The three episodes were more than sufficient to make me go back to the first season (available separately on home video) and start watching; the very first episode concludes with a surprise that startled me. For latecomers, it serves as a weird kind of prequel, even though, of course, it was made first.

The entire show raises questions about mortality and eternity and resurrection and mankind's true purpose in life. Of course, it can all be dismissed as handsome-looking hogwash, but the sincerity and obvious devotion to detail in the performances, production design, editing, photography, writing and direction is all easy to enjoy.

Season 1, available by Music Box Films, looks wonderful on Blu-ray, and includes a booklet and extras that shed light on the series. I haven't seen Season 2 on Blu-ray or DVD yet, but it's available as of today, in those formats for the first time.

Summing up: Recommended for lovers of the dead and unusual.

Do you feel this content is inappropriate or infringes upon your rights? Click here to report it, or see our DMCA policy.
Blu-rayDVDFabrice GobertFranceMusic Box FilmsTV series