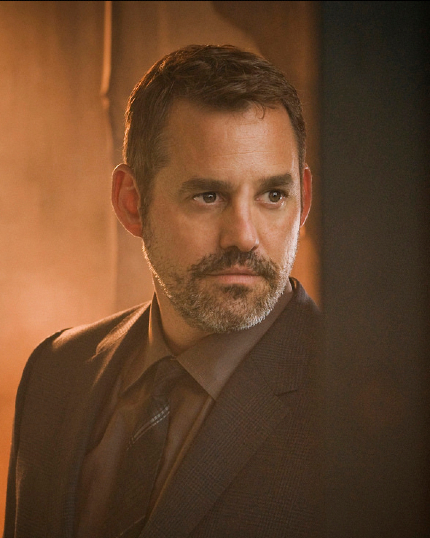 "Trapped inside a storage facility with a sorceress, a mage knight and a psychopath on Christmas Eve, unassuming Jack and feisty stripper Ava must save the world against a mythic demon that has been released from one of the storage units.

Having spent more than my fair share of time in storage units over the years, I recall only a strong, musty smell and sustained feelings of hopeless indignation, so I welcome the opportunity to reset my memory banks on that score with the upcoming film.

As a point of interest, Lee and Loo "met each other during their film school days in the 90s at UCLA School of Film, Theater and Television," according to a prepared statement. "After a quarter century of friendship, they have decided to collaborate on Dark Christmas." Will the friendship survive? Stay tuned!

In celebration of Halloween month, Daric Loo is releasing his short film Demon Gate for ScreenAnarchy's readers and fans. Watch the short below!

"I'm delighted and honored to be working with Quentin, who not only has been a great friend over the years but an inspirational artist with his prodigious output of award winning films that have entertained audiences around the world. His cinematic work in nearly all genres, which includes drama, comedy and horror is a huge asset to making this venture a success. We hope to take the audience on a fun exciting holiday ride that surprises with scares, laughter and heartfelt emotion." said writer/director Daric Loo.

"As a producer, I'm excited to work with Daric, someone I've been friends for so long. I remember he was the first one in my filmmaking circle that sold his student film to Sci Fi Channel, the precursor of Syfy. We are both horror and genre fans and are thrilled to be working together to make a unique Christmas horror flick," said Producer Quentin Lee who has produced Big Gay Love starring Nicholas Brendon as a romantic gay lead.

Do you feel this content is inappropriate or infringes upon your rights? Click here to report it, or see our DMCA policy.
Corey SevierDaric LooDark ChristmasDemon GateNicholas BrendonQuentin Lee