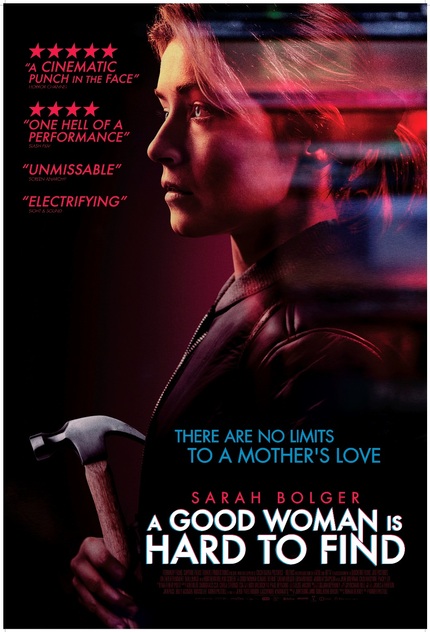 Screamfest has announced its full line-up and one of our fave films of the year, Abner Pastoll's A Good Woman is Hard to Find, is on the schedule, screening Monday, October 14.

A dynamic killer thriller with its finger firmly on the pulse of stark social commentary and shattering suspense, it stars Sarah Bolger as a single mother forced to do whatever it takes to protect her family from the criminal element swirling around her life.

To celebrate its Screamfest screening, we've got a first-look exclusive on the film's international poster. The striking image shows Sarah Bolger ready for action with the tagline "There are no limits to a mother's love."

Pastoll's film is rampaging it's way through the festival circuit right now. It recently screened at the Fantasia Film Festival (read our review), closed out the UK's FrightFest Film Festival and was just announced to be having its Australian premiere at Fangoria Monsterfest.

If you don't live in those territories, not to worry. It will be released in cinemas and on demand in the UK and Ireland on October 25, 2019.

You can also check out the UK trailer below:

Do you feel this content is inappropriate or infringes upon your rights? Click here to report it, or see our DMCA policy.
A good Woman is hard to findAbner PastollexclusiveposterSarah BolgerScreamfestthrillertrailer