Now Streaming: THE SPY Who Came In From Hollywood 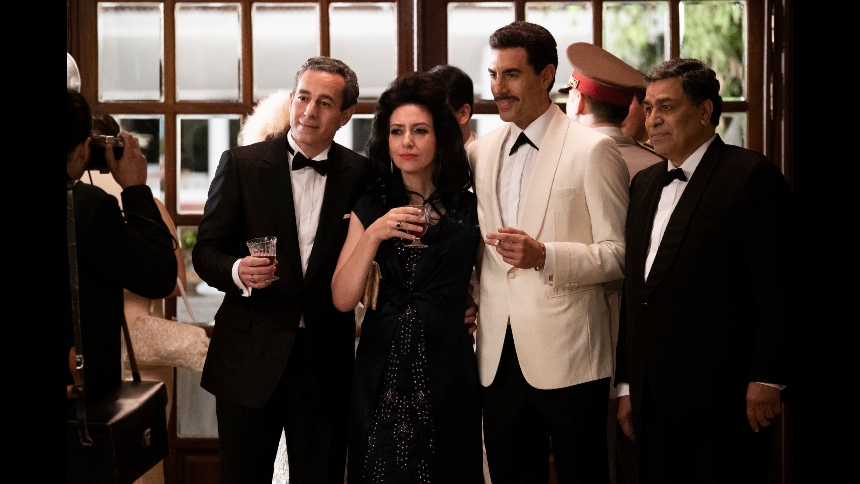 The Spy
Now streaming on Netflix.

Prisoners of War, which he created, wrote and directed, became immensely popular in Israel when it was broadcast in 2010, and that served as the basis for the absolutely terrific and timely, terrorism-themed first season of the dramatic series Homeland, starring Claire Danes, which began in 2011.

Since then, Raff has applied his creative energies to a variety of endeavors, including the Middle Eastern political-drama series Tyrant, which I quite liked, and others I haven't seen yet. Most recently, he wrote, directed and produced The Red Sea Diving Resort, inspired by real-life Middle Eastern events in the late 1970s. With a cast filled by the likes of Chris Evans, Haley Bennett, Alessandro Nivola, Michael Kenneth Williams and Ben Kingsley, it's a well-meaning film that is more focused on the saviors than the refugees, but it is brightly made and (mostly) exciting to watch. (And it's also on Netflix.)

Now comes The Spy, a six-episode limited series that is also based on real-life Middle Eastern events, this time in the early 1960s.

In an entirely dramatic role, Sacha Baron Cohen stars as Eli Cohen, an Egyptian who emigrated to Israel and desperately wanted to serve his people there. Married to the loving Nadia Cohen (Hadar Ratzon Rotem), Eli works as an accountant in Jerusalem, doing work that he finds mind-numbing, until his repeated applications to serve in the Mossad intelligence agency finally reach the desk of Dan Peleg (Noah Emmerich), who is desperately in need of a patriotic, expendable individual to serve as an undercover agent in enemy territory, specifically in Syria.

After training, Cohen takes on the identity of a Syrian businessman in Argentina. His principal assignment is to make friends and influence people to disclose information to him, wittingly or not. He transforms into a charming, easygoing gentleman who makes friends easily, especially among well-connected Syrians, and becomes even more successful as an undercover agent when he gains permission to move his business to Syria.

In his transformation, however, he has left behind his beloved wife Nadia. She has been left entirely in the dark about the true nature of his government work, and is left to raise their family by herself. While Nadia struggles to maintain a brave face, even as she dies inside, Eli personally glories in doing work that is significant to his government.

He's also living a high life luxury, drinking champagne, dressing in expensive clothing and entertaining wealthy guests. Yet the length of his assignment inevitably takes its toll on him as well.

In a perpetually rumpled role, Noah Emmerich, who superbly essayed an intelligence agent who was always a step behind in The Americans, here piercingly portrays an Israel spy handler who carries a heavy burden of guilt for the consequences suffered by a previous agent in his care. As Eli becomes more reckless (and more successful at what he is doing), his handler Dan becomes clearly torn in his responsibilities, while also constantly pressured by his superiors, who are more concerned with the broader picture, namely, the security of the nation of Israel.

For all that he's known as a comic actor, Sacha Baron Cohen quickly and convincingly submerges himself into the character of Eli Cohen and his dual personality, an undercover agent who must never betray his secrets. If anything, his effective performance somewhat dilutes the drama, as does Gideon Raff's decision to frame the entire series as a flashback, so we pretty well know how it will conclude, even without knowing about this particular chapter of history.

Summing up: With those reservations in mind, The Spy plays well as a cautionary tale about the perils of dreams coming true, especially when you're working undercover in extremely dangerous territory.

Do you feel this content is inappropriate or infringes upon your rights? Click here to report it, or see our DMCA policy.
Gideon RaffHadar Ratzon RotemIsraelNetflixNoah EmmerichNow StreamingSacha Baron CohenThe Spy