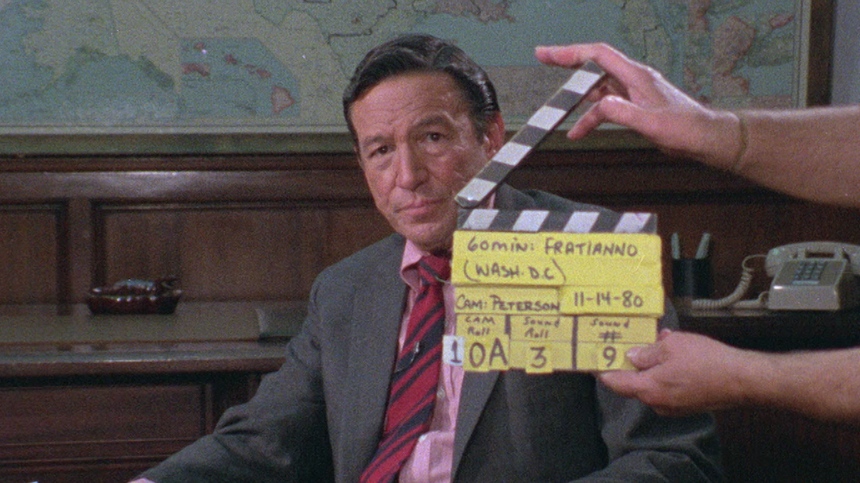 Four words would strike fear into the hearts of crooks throughout the land: "Mike Wallace is here."

Mike Wallace Is Here
Now playing in select U.S. theaters via Magnolia Pictures . The film will open in more cities, including my own Dallas, Texas, on Friday, August 2, 2019.

Known as a tough-minded, tough-talking investigator reporter who always demanded the truth, Mike Wallace inspired a raft of imitators, especially in the wake of the Watergate political scandal that rocked the U.S. in the 1970s.

On television, Wallace and 60 Minutes presented a separate offensive against wrongdoers with a confrontational approach to journalism. As a younger person, I delighted in seeing Wallace and his cohorts attempt to interview shady businessmen and men in authority -- men, it was always men -- who cowered in fear and their own brand of bluffing as the TV crew would push through surprised receptionists and alarmed assistants for their patented brand of 'gotcha' journalism.

Avi Belkin's new documentary provides an overview of Wallace's life and career through archival footage that has largely been unseen until now. Wallace passed away in 2012; lately, I've been thinking about him more as the father of TV's Chris Wallace than as the fire-breathing, cantankerous, ornery individual that came to mind whenever his name was mentioned in the past.

Before he started his hard-hitting, full-time career as a news journalist, though, Wallace was a television personality in the 1950s. The new film provides abundant examples of his early work, and then follows him as he decides to make a break from straight entertainment into straight journalism, covering the Vietnam War in the 1960s and then debuting on 60 Minutes in 1968.

The documentary feels like a throwback to an earlier generation of theatrical documentaries, when they were largely considered by the general public to be dispassionate accounts of significant people, places, or events. That wasn't actually true, then or now, but Mike Wallace Is Here strikes a familiar chord.

This is a film that assembles archival footage of Mike Wallace in a compelling manner and in a straightforward fashion. There are no 'gotcha' moments, no real surprises, except those that were made for television.

I was fine with that approach, though I yearned for some kind of perspective to be provided. But that's just lazy thinking on my part; perhaps director Avi Belkin wants viewers to draw their own conclusions about the man.

Summing up: Essential for news junkies and all thinking people who want to know more about television journalism.