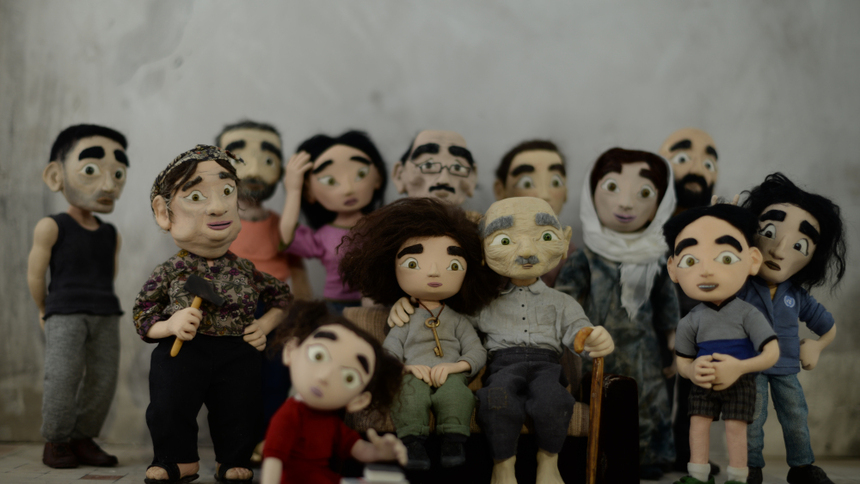 The 16th edition of Japan's Skip City has come to an end with winners announced in both their international and Japanese film competitions. The international jury - led by the iconic Miike Takashi - gave the highest prize to Mats Grorud's animated The Tower with the Ogigami Naoko led Japanese competition jury giving the nod to Tsuboi Taku's Sacrifice. Check out all the winners below!

Launched in 2004 as one of the world’s first film festivals to focus solely on films shot on digital in order to discover and nurture emerging talent, the 16th edition of SKIP CITY INTERNATIONAL D-Cinema FESTIVAL has been held from Saturday, July 13 to Sunday, July 21 for 9 days and wrapped at the Closing Ceremony today, Sunday July 21. Jury and Audience award winners were announced at the Ceremony. Award winners are as follows. Please kindly introduce the award winners to your readers.

On behalf of the Director I would like to thank you for this opportunity to be able to show our film to the Japanese audience and to receive lots of reactions from them. We, Europeans particularly French, are influenced by Japanese animation and manga. We are very pleased if we could be the “bridge” between European and Japanese cultures through making animations for adult viewers.

When I received Best Picture for the Japanese short film category last year I thought I want to come back to the festival with my first feature film. I said so at the same closing ceremony one year ago, and I’m very pleased to come back to the festival and receive this award. Also I had decided to tell the story of my high-school age for my first feature film, I’m really happy to make it happen and to receive the award with it.

The prisoners who committed serious crimes were executed at the end of the Heisei Era even though they didn’t tell their stories. We celebrated the new era, Reiwa, but sad incidents like the one in Noborito and the one at Kyoto Animation Company have already happened in the new Era. I understood creations and films can’t help stop those tragic incidents and I felt the same when the Great East Japan Earthquake happened. I believe, however, the creation could be precaution for the second wave of tsunami or other incidents. That’s why I want to create stories with my young collaborators.

■President of the Jury, International Competition

Firstly, all ten films were excellent and different. Often the festivals have their specific genres for competition, but this festival had animation, documentary, suspense and more. I thought the festival is free and independent and that’s a great thing of this festival. I hope the festival will keep this high level of quality for another 10, 20 years and that the award winners can be proud of their awards. It was a truly precious time for me to watch films from the new generation of talented directors, and I will keep trying my best until I eventually retire.

I truly enjoyed watching the nominated films. There are some films which can be theatrically released right away because the digital technique raised the film quality. That being said, in recent years I’ve felt disappointed to not see many films made with complete passion. I’m also a grad of “jishu eiga” (self-financed films). I understand how much all of you want to make films. So please keep making more films for another 10 or 20 years!