CHAIN OF DEATH First Trailer Debut: Everyone Dies on Their Own Terms 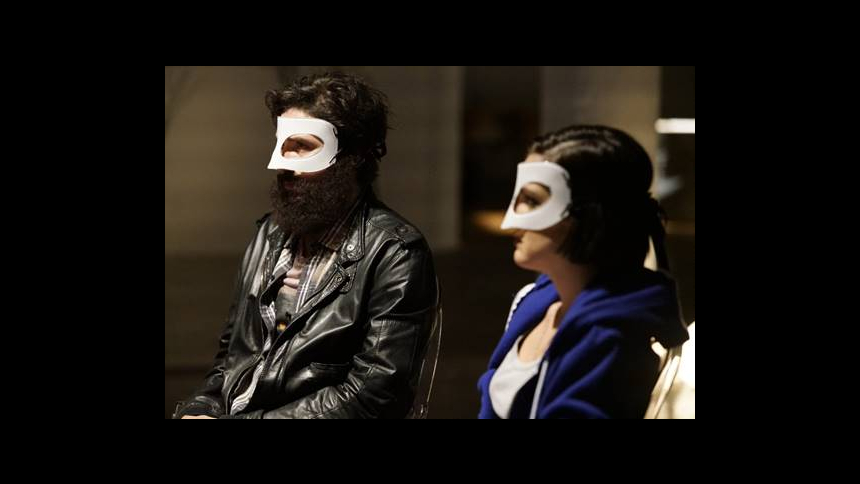 "Everyone dies on their own terms." So says a woman in the first trailer for Chain of Death, a film that forges a trailer through horror/thriller territory.

The woman works for an assisted suicide company that promises to ease the pain and suffering for those involved. For those considering such a final action, it sounds like a comfort. In the case of one man, though, the discovery that he is expected to kill someone else first ... well, that raises some other issues that are not so comforting.

John Patrick Amedori, Madeline Zima, Adrienne Barbeau, Ray Wise, Jamie Clayton, and Neus Asensi star. That cast, and the tone of the trailer, is definitely intriguing. David Martín Porras directed, based on a screenplay by himself and Andres Rosende.

Here's the more complete official synopsis: The film "follows the story of Dr. Mike Colleman (Amedori), a brilliant young doctor who's married to the girl of his dreams while enjoying the big city life. The fairy-tale lifestyle comes to a screeching halt as Mike learns that his mother Emma (Barbeau) can no longer take care of his father (Wise), whose health is in a downward spiral.

"Soon Mike learns that he too suffers from the exact same neurological illness as his father and decides to voluntarily enter a 'Chain' of assisted suicides in an effort to end his own misery. There's only one catch: if you want to die, you must kill someone first."

Chain of Death will be released on VOD platforms and on DVD on July 30, 2019. The film will also have special premiere screenings at the Laemmle Music Hall, in Beverly Hills, CA at 10:00 p.m. on July 19 and at Theater St. Marks, New York, NY at 8:00 p.m. on July 19 and also on July 26. Tickets for the New York premier can be purchased here.

Do you feel this content is inappropriate or infringes upon your rights? Click here to report it, or see our DMCA policy.
Adrienne BarbeauDavid Martín PorrasJamie ClaytonJohn Patrick AmedoriMadeline ZimaNeus AsensiRay Wise